It's GameDay: No. 6 Football Travels to No. 9 Georgia 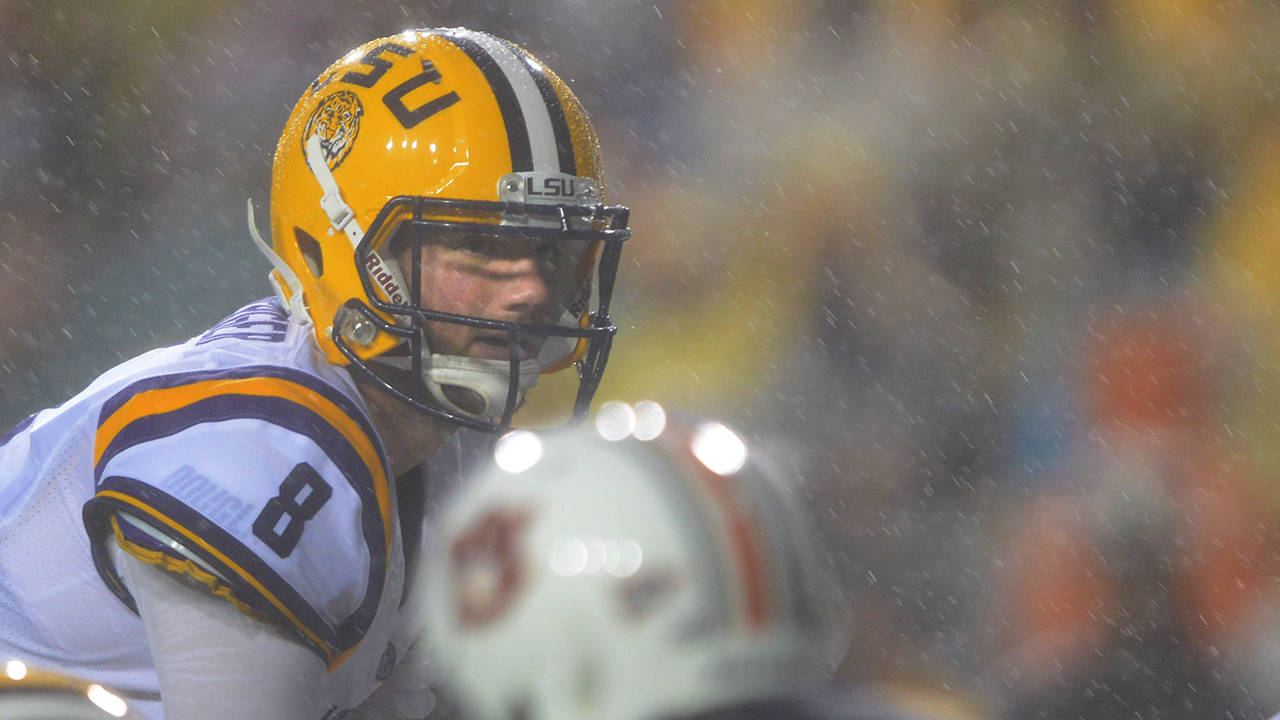 BATON ROUGE – The eyes of college football will be on Athens, Ga., Saturday as the nation’s marquee matchup will take place between the hedges when sixth-ranked LSU travels to face ninth-ranked Georgia at Sanford Stadium.

Kickoff between the Tigers and Bulldogs is set for 2:30 p.m. The game will be televised on CBS with Verne Lundquist, Gary Danielson, and Tracy Wolfson on the call. In addition to the CBS broadcast of the game, ESPN’s College GameDay will be on site for its popular college football preview show.

The game can also be heard on the LSU Sports Radio Network and in the Geaux Zone on LSUsports.net with Jim Hawthorne, Gordy Rush and Bill Franques calling the action.

LSU brings a 4-0 overall mark into the contest and a 1-0 league record following last week’s 35-21 win over Auburn in Tiger Stadium. The Tigers have won 29 straight games played during the month of September, a streak that dates back to the 2006 season. The 29-game September winning streak is the longest in the nation.

LSU is 4-0 for the seventh straight year and the Tigers will look to move their record to 5-0 for the fifth consecutive season. LSU has won eight of its last nine road games going into Saturday’s game.

Georgia, which is coached by 13-year SEC veteran Mark Richt, is 2-1 overall and 1-0 in conference play. The Bulldogs are coming off a 45-21 non-conference win over North Texas last week. Georgia’s SEC win came in week 2 against South Carolina.

The LSU-Georgia matchup will mark the 21st time that a Top 10 Les Miles coached team will face a top 10 opponent. LSU is 11-9 in those games. In all, Miles has 13 wins against Top 10 teams at LSU.

LSU leads the overall series with the Bulldogs, 16-12-1, which includes a 42-10 win over Georgia in the SEC Championship Game in 2011. The teams last met during the regular season in 2009 when Charles Scott scored a late fourth quarter touchdown to lead LSU to a 20-13 win in Athens.

Saturday’s contest will also feature two of the top quarterbacks in the SEC in LSU’s Zach Mettenberger and Georgia’s Aaron Murray along with two of the top running backs in the league in Jeremy Hill and Todd Gurley. Hill leads the SEC in scoring with six touchdowns and ranks third in the league in rushing with 117.0 yards a contest. Gurley has scored five rushing TDs and is tops in the conference with 125.7 rushing yards per game.

Mettenberger, who originally played at Georgia and whose mom is an administrator in the Georgia Football Office, is off to a torrid start, throwing for 1,026 yards and 10 TDs in leading an LSU offense that is averaging 43.2 points and 480.2 total yards (221.0 rushing, 259.2 passing) a contest. For the first time in school history, LSU has opened a season with four consecutive games of 400 or more yards of total offense.

Miles and Mettenberger have done a good job this week of shifting attention from a Mettenberger homecoming to one that is about the entire LSU team facing Georgia, and not just one player.

“I’ve got to be honest with you, the thing about going back to Georgia is so not an issue with this team,” Miles said. “He’s going back to Georgia with about 80 guys that are going to fight like heck for victory. His responsibility is to play quarterback and he’s going to wear purple and gold and he’s going to be one of those helmets going out to the huddle and that’s how he needs to operate.

“The storyline is really only significant to those people that are asking the question that feel like this game needs to be more interesting in some way than it already is because I think this is a very good matchup.”

Mettenberger’s top two targets are juniors Jarvis Landry and Odell Beckham Jr., who have combined to catch 44 of LSU’s 66 receptions and all 10 of LSU’s passing touchdown. Landry has caught 24 passes for 364 yards and six scores, while Beckham Jr. has 20 receptions for 389 yards and four scores.

Beckham Jr. is also a return threat as he leads the SEC and ranks fourth nationally in all-purpose yards with an average of 197.5 per game.

The Tiger offense, which doesn’t have a senior starter on the offensive line, will face a Georgia defense that is allowing 29.7 points and 388.7 total yards per game (143.3 rushing, 245.3 passing).

“I like our game plan and what we’ve accomplished this week in practice,” Miles said. “Georgia has a very good football team and we will be challenged in all three phases of the game. I like our chemistry on offense and I think our offensive line is playing very well.

“Defensively, it’s going to a big test for us. Tackling those two running backs is going to challenge us. I don’t think we’ve played our style of defense yet. It should be a great college football game; two teams very similar going at it.”