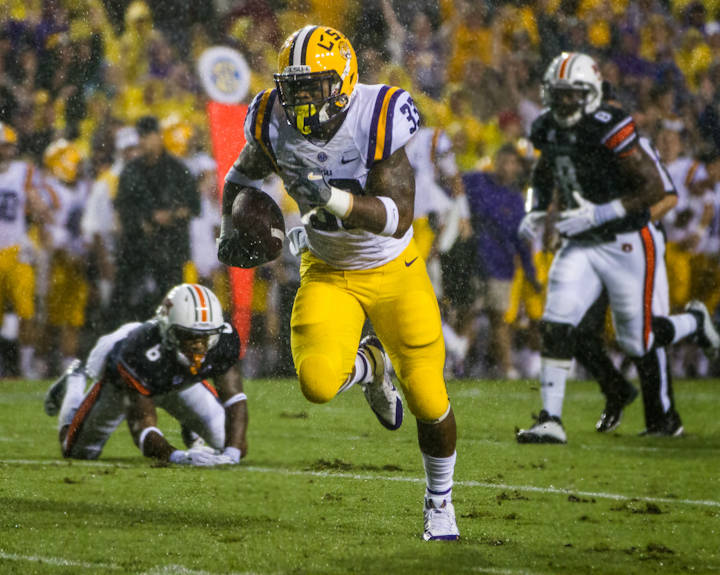 BATON ROUGE – Sophomore running back Jeremy Hill picked up his first national award on Thursday as he was recognized by the Maxwell Football Club as the Maxwell Player of the Week for his performance in LSU’s 35-21 win over Auburn on Saturday in Tiger Stadium.

On Monday, Hill was named the Southeastern Conference Offensive Player of the Week for his play in the win over Auburn.

Hill rushed for career-highs of 184 yards and three touchdowns on 25 carries in leading LSU past Auburn. Hill scored the first two times he touched the ball – going 49 yards on the first TD and then 12-yardd on his next carry – to give LSU a 14-0 lead just minutes into the contest.

Hill added a third touchdown on a 6-yard run in the third quarter that stretched LSU’s lead to 28-7. He also set up LSU’s third touchdown of the game when he raced 54-yards down to the Auburn 1-yard line. Fullback J.C. Copeland finished that drive with a 1-yard plunge that gave LSU to a 21-0 lead at halftime.

The 184 rushing yards by Hill were the most by an LSU player since Alley Broussard set the school record with 250 yards in a win over Ole Miss in 2004.