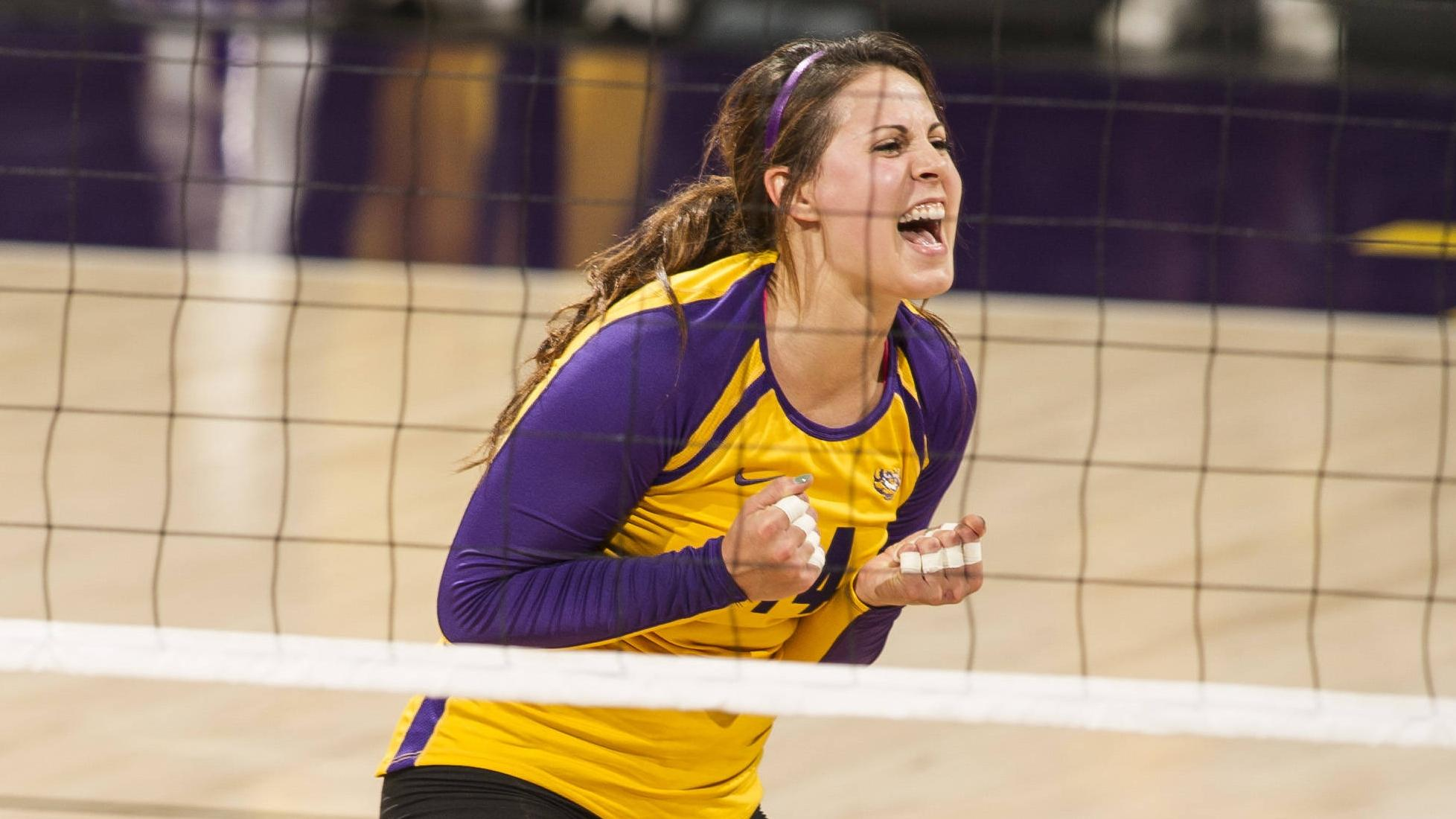 Briana Holman, MB, 6-1, Fr., DeSoto, Texas
Holman had her most prolific offensive week of the season as LSU swept its three matches at the Flo Hyman Collegiate Cup to improve to 10-1 on the season, the Tigers best start since 2010. She powered home 3.79 kills per set on a .394 hitting percentage and averaged 4.68 points per set over her three rotations. She ripped a career-high 19 kills versus Baylor to fuel LSU’s second two-set comeback of the season. The last time the Bears surrendered a 2-0 lead came in 2008 which ended a run of 53 straight 2-0 conversions. The Texas native has posted double digit kills in nine straight matches. Defensively, Holman collected 1.50 blocks per set to maintain the top spot on the SEC leaderboard.

Notes on the Tigers
LSU picked up victories over North Texas, Baylor and host Houston to cap its eight-match, three-weekend road swing and capture the Flo Hyman Collegiate Cup. The Tigers improved to 10-1, the program’s best start since the 2010. Malorie Pardo collected three double-doubles and was named the tournament’s MVP. She posted 11.07 assists, 3.07 digs and 1.00 blocks per set. Haley Smith also garnered all-tournament status. She notched 3.71 digs per set and was a flawless 49-for-49 in her reception attempts. Smith has secured 10 or more digs in six straight matches, all starts at the libero position. LSU overcame another two-set deficit and notched a 3-2 victory over Baylor. It snapped a stretch of 53 straight 2-0 conversions by the Bears dating back to the 2008 season. Pardo set three players – Briana Holman (19 kills), Katie Lindelow (18 kills) and Khourtni Fears (12 kills) – to career marks to spark the comeback. Pardo also registered a career-high five blocks during the Baylor match. Holman racked up 3.79 kills per set to extend her streak to nine straight matches with double digit kills. She also tallied 1.50 blocks per set to remain in first place in the SEC rankings. Lindelow captured two double dips of her own and added a team-leading seven aces. She also converted on 73-of-74 of her reception attempts. LSU turns its attention to SEC play and returns home Friday to meet Georgia. First serve is scheduled for 7 p.m. from the Maravich Center.