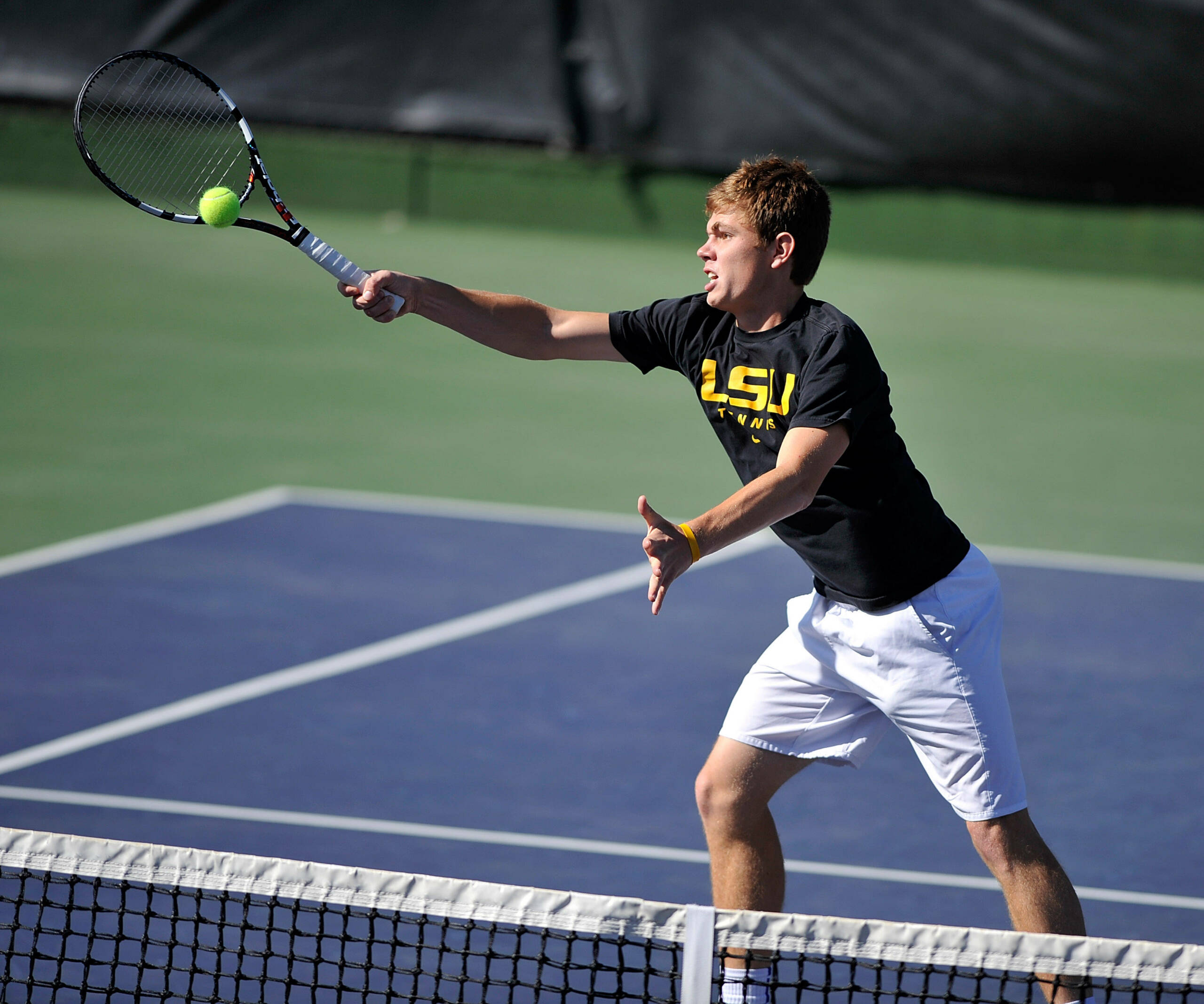 NASHVILLE, Tenn. – LSU junior No. 29 Chris Simpson came away with a victory this afternoon at the 2013 SEC Fall Classic in Nashville, Tenn., at the Currey Tennis Center to advance to the semifinals tomorrow.

“At this point in the tournament, fitness can be the difference and Chris Simpson has himself physically and mentally fit,” head coach Jeff Brown said. “He played a solid match today and is looking to improve in the semifinals.”

The native of Derby, England, faced No. 56 Shane Vinsant of Texas A&M and rolled to a 6-2, 7-5 victory. He will face No. 67 Harrison Adams of Texas A&M in the semifinals tomorrow at 9 a.m. CT. The winner will face the winner of Austin Smith of Georgia and Beck Pennington of Kentucky.

Simpson was victorious in his first three singles matches, taking down Arkansas’ Parlic in the second round on Thursday 6-0, 6-1. He then dealt a 6-2, 6-0 loss to Texas A&M’s Frankie Colunga in the third round, and then defeated Florida’s No. 52 Florent Diep 7-6(6), 7-6(0) in the fourth round.

In doubles, the Tigers duo of Simpson and Boris Arias faced No. 13 Ryan Lipman and Gonzales Austin of Vanderbilt where their tournament run came to an end following a tightly contested 8-7(2) loss to the Vanderbilt duo. The LSU pair dealt an upset to No. 4 Tom Jomby and Kevin Lai of Kentucky on the first day of the tournament and came away with an 8-4 victory over Alabama’s Hayes Brewer and Stuart Kenyon yesterday.

University of Texas transfer Andrew Korinek faced Arkansas’ Hall Fess in the quarterfinals of the singles consolation draw. After taking down Alabama’s Kenyon 6-2, 3-6, 6-2 in the first round and Robin Hayden of Mississippi State 7-5, 6-2 yesterday, Korinek was eliminated from the tournament after a 6-3, 7-6(5) loss to Fess.