by Will Stafford (@WillStaffordLSU)
Match Notes +0 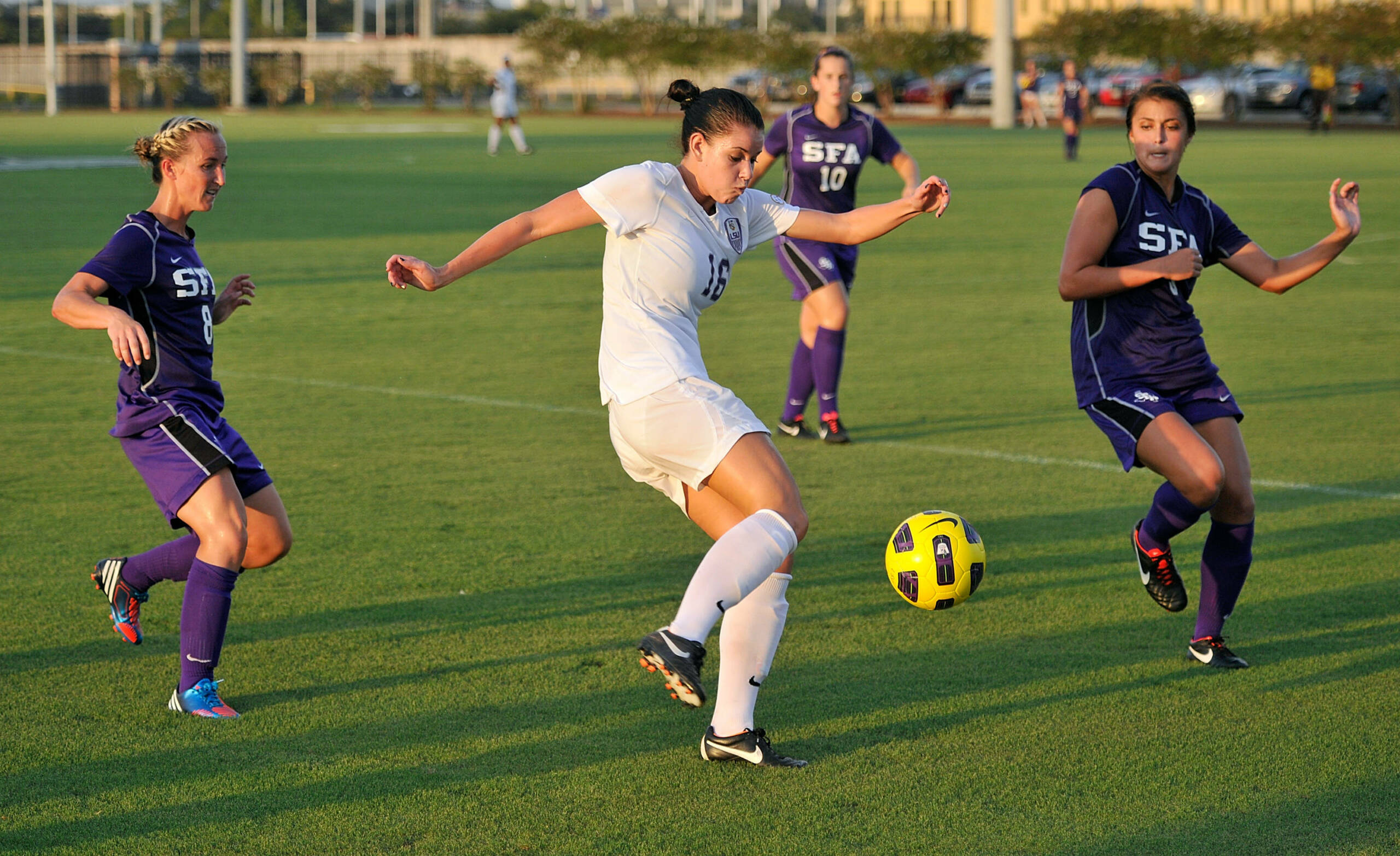 BATON ROUGE – After wrapping up its non-conference season with a  1-0 shutout at Rice on Sunday, the LSU Soccer team opens Southeastern Conference play this weekend when it wraps up a five-game road swing with a trip to Nashville, Tenn., to take on the Vanderbilt Commodores on Saturday night at 7 p.m. CT at the VU Soccer Complex.

Both teams are coming off shutout victories in their final non-conference matches of the season as Vanderbilt (3-3-2) blanked Georgia State by a score of 4-0 at home on Sunday afternoon.

The Tigers earned a 1-0 double overtime victory in the last meeting between the two sides in Baton Rouge a year ago as then-freshman Haley Emerson scored the game-winning Golden Goal in the 108th minute.

Vanderbilt boasts one of the most impressive non-conference resumes among all SEC programs this season, which includes a 2-2 draw at home against Oklahoma State on Aug. 25 and a pair of notable road wins with a 2-1 victory at Memphis on Aug. 30 and a 4-3 win at No. 23-ranked Wisconsin on Sept. 6. The Commodores will look to even their 1-2-1 home mark on Saturday night.

The Tigers also enjoyed their share of success during the non-conference season, highlighted by a 1-0 shutout of the 13th-ranked USC Trojans on Sept. 8 at the Minnesota Gold Classic held two weeks ago.

“It’s a big SEC opener for two teams with NCAA Tournament aspirations this season,” Lee said. “Vanderbilt posted a string of results in the non-conference that are as good as you’ll find for any team in our conference. Friday nights on the road in the SEC are always difficult, so we know they’ll be playing with a lot of confidence at home tomorrow night. It’s going to be a great challenge for our team to come back with a result.”

The Commodores are led by the SEC’s top scorer to this point in the season as striker Cheyna Williams has already scored a league-leading eight goals and 18 points in a breakout sophomore season at Vanderbilt.

While nine different Commodores have found the scoresheet through eight games this season, Williams is the unquestioned leader in the attack as she has already eclipsed her previous career highs of six goals and 18 points a year ago. She was even named the TopDrawerSoccer.com National Player of the Week on Sept. 10 after scoring five goals in a 4-3 win at Wisconsin and a 4-4 draw with Milwaukee.

While the Commodores have scored the second-most goals in the SEC with 21 goals to this point of the season, they have also surrendered the most goals to their opponents on the defensive end of the field by giving up a league-high 19 goals through eight games on the campaign.

Fans can watch the Tigers in action as live streaming video of Saturday’s match will be provided courtesy of Vanderbilt’s official athletics website at http://bit.ly/ZkZyfS. Fans can also receive live updates of the Tigers in Nashville through the team’s social media pages by liking LSU Soccer on Facebook at http://www.facebook.com/lsusoccer and by following @LSUSoccer on Twitter and Instagram.

After battling the Commodores in Nashville on Saturday night, the Tigers will return home next weekend as they welcome the Tennessee Lady Volunteers to Baton Rouge on Sept. 27 in their SEC home opener that will kick off at 7 p.m. CT at the LSU Soccer Stadium. LSU will then play host to the Mississippi State Bulldogs on Sept. 29 with kickoff set for 1 p.m.