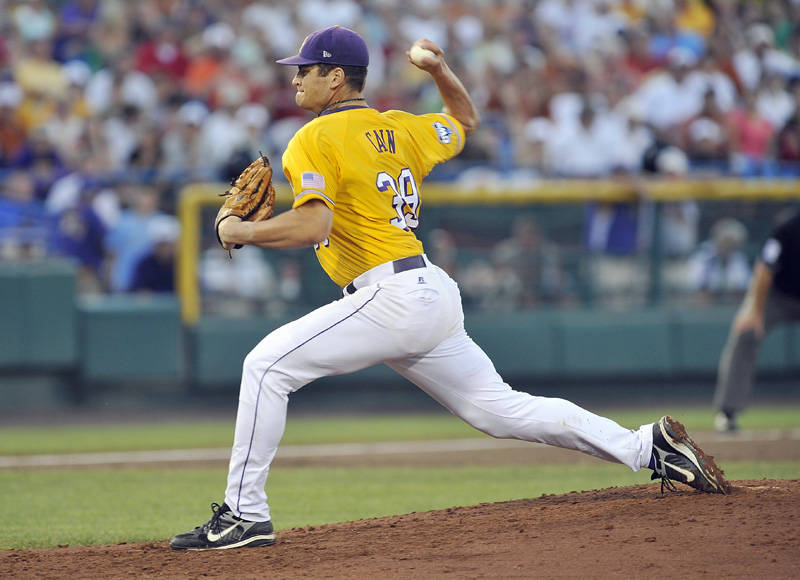 Cain, a reliever on LSU’s 2009 national championship team, replaces Ross Brezovsky, who has taken a position with the Wilson-DeMarini sporting goods company in Chicago.

“We are thrilled to have Nolan Cain join our staff,” Mainieri said. “He is a first-class young man that brings a tremendous amount of knowledge and passion to the position. He will play a vital role in our organization going forward.

“We hated for Ross to leave us, but we wish him tremendous success in his new position. He is a very talented individual who did a superb job for us over the past five seasons.”

Cain will handle a number of responsibilities with the baseball program, including team travel, budgeting and community relations.

Cain, native of Cantonment, Fla., made 73 career relief appearances for the Tigers in four seasons (2006-09). The right-hander was a physical presence on the mound with solid fastball and an excellent breaking pitch. He received his LSU degree in May 2009  and pitched in the minor leagues after signing a free agent contract with the Detroit Tigers in June 2009.

Cain helped lead LSU to the ’09 national title, making 19 appearances on the mound while recording a 5-0 mark and a 4.01 ERA in 33.2 innings with 10 walks and 38 strikeouts. He provided an excellent relief outing in Game 2 of the College World Series Finals versus Texas, firing 3.1 shutout innings with four strikeouts.

Cain and his wife, the former Kristen Hobbs, have one son, Cason.