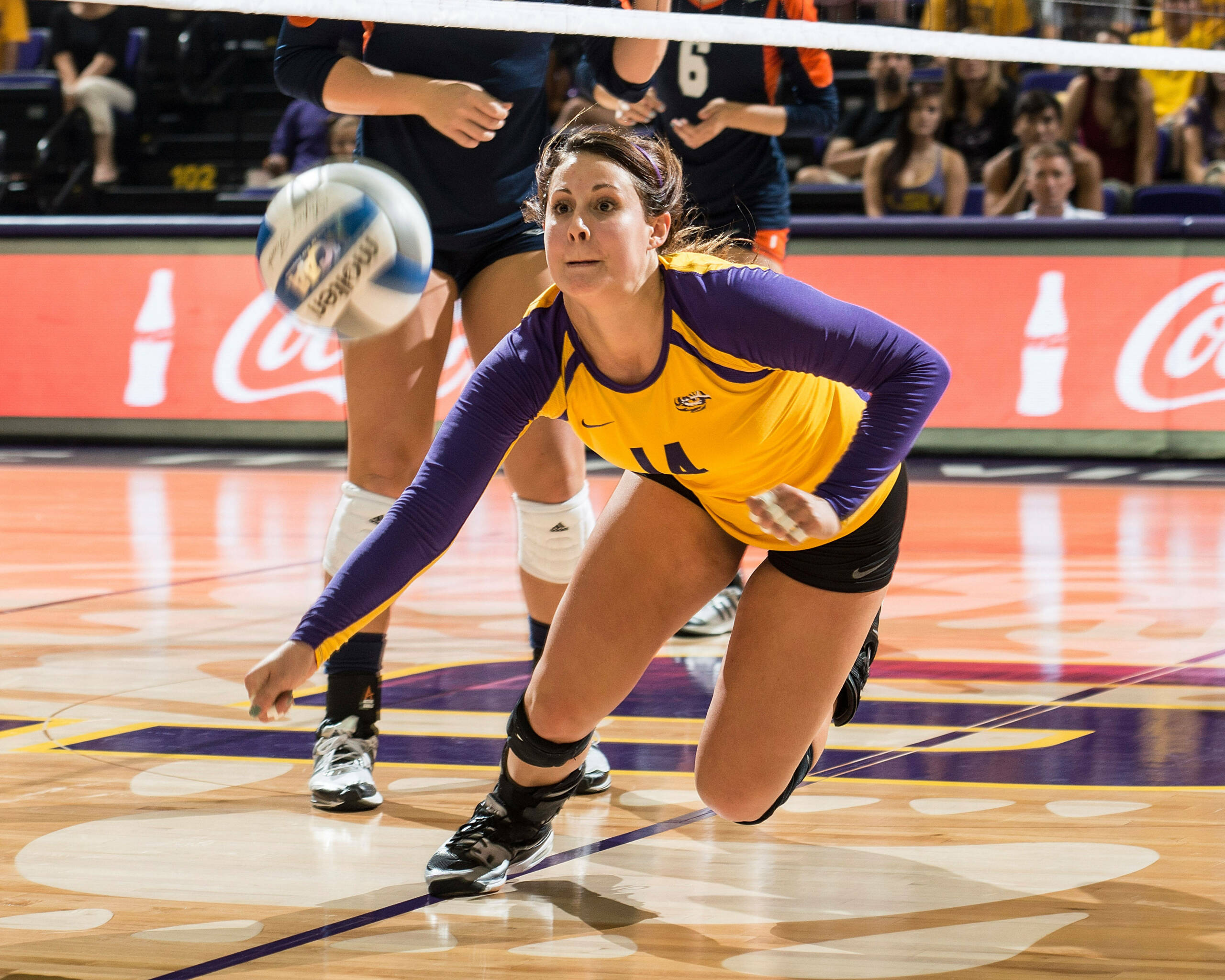 BATON ROUGE – The LSU volleyball team will look to conclude its non-conference tournament schedule on a strong note as the Tigers participate in the Flo Hyman Collegiate Cup hosted by the University of Houston over the weekend.

The Tigers are spending their third consecutive weekend on the road and will take on a trio of Lone Star state opponents in North Texas [Friday – 11 a.m.], Baylor [Friday – 4:30 p.m.] and Houston [Saturday – 11 a.m.]. All three matches will have free live audio and live stats available inside the Geaux Zone at www.LSUsports.net/live.

LSU splits a pair of five-set decisions versus 2012 NCAA Tournament participant Miami. The Tigers ended Miami’s 18-match home winning streak going back to the 2011 season and are one of only two programs, Arkansas on opening weekend against New Mexico, to overcome a two-set deficit in 2013.

“I was proud of how we responded after slow starts in both matches (against Miami),” head coach Fran Flory said. “As you get in those situations, you have teams that kind of take control of the match early.  I think the fact that this team was able to battle back, gain control of the match and seize the opportunity in the fifth set to win the match on Friday night was a great learning experience.”

A key to LSU’s 7-1 start has been its 3.09 blocks per set average which is not tops in the SEC but checks in at fourth place on the NCAA leaderboard. The Tigers have garnered double digit stuffs in five of their eight matches and already tallied 102 total blocks, 41 percent of the team’s output from last season.

Briana Holman and Madi Mahaffey are 1-2 in the SEC blocking rankings with 1.73 and 1.30 per set averages, respectively. Holman, the two-time SEC Freshman of the Week, collected a SEC season’s best 14 blocks during Friday’s comeback win over Miami. The 14 stuffs were the most by a LSU player since former All-American Ivana Kuzmic against Houston on Nov. 27, 2004. She also has powered home double digit kills in six consecutive matches and her .382 hitting percentage is eighth-highest in the SEC.

“Briana is just a physical force, and I’m really proud of her for having SEC Freshman of the Week honors for the last two weeks,” Flory said. “She does a great job of crediting her passers, and certainly Malorie (Pardo) her setter. She also understands that Madi (Mahaffey) creates a lot of those blocks for her. We need to increase the tempo a little bit, create a little bit more for her but the balance on our team is what affords her that opportunity.”

LSU’s offense has come away with 13.30 kills per set and a .234 hitting percentage. Malorie Pardo has handed out 11.06 assists per set and reached the 40-assist barrier seven times. Her mother, LaShelle Dobson, is ranked seventh on Houston’s all-time list with 2,540 career assists from 1985-88.

Desiree Elliott has picked up a balanced 3.00 kills, 2.31 digs and 0.85 blocks per set. The All-SEC Preseason Team selection missed the last two weekends of action due to injury and is 30 kills shy of moving past Meagan Davis (1998-2001) for 18th place on LSU’s all-time list.

Khourtni Fears has added 1.77 kills and 0.96 blocks per set over her three rotations. She has turned in a .300 hitting clip or better during seven of her eight outings.

Cati Leak has cranked a team-leading 4.03 kills per set, fifth-best among the SEC leaders. She has provided 10 or more digs in six of eight matches. The Alabama native has chipped in 2.62 digs per set en route to a team-best five double-doubles which are also tied for fifth place in the SEC.

Katie Lindelow has notched 1.09 kills, 3.48 digs and 0.36 aces per set. She has popped double figure kills in two of her last three matches which includes a career-high 14 spikes during LSU’s five-set comeback win over Miami. The Mandeville native has ripped a team-leading 12 aces and her 0.36 per set ratio is tied for ninth in the SEC.

Haley Smith has served as LSU’s libero during the last four matches and converted on 76-of-79 of her reception attempts over that span. She has corralled a team-leading 3.64 digs per set which are also 12th in the SEC.

Laura Whalen also has been a strong contributor on the back row. She has reeled in 10 or more digs and added aces in six of eight matches.

“It’s interesting because last week’s practices prior to the Miami trip weren’t very good,” head coach Fran Flory said. “We weren’t very focused, and we had to push them for the first time all year. That’s not typical of what we’ve had in the gym since we started in early August. It’s a great opportunity for teaching and to have our players really buy in to what’s important. They believe, but we got a little lackadaisical. If we were going to give one away, early is better than later. We’ve taken the opportunity this week and we’ve improved.”

LSU has earned 178 victories sparked by five 20-win seasons to go along with seven of the last eight SEC Western Division titles since 2005. The Tigers also are one of 34 programs to appear in six NCAA Tournaments during the previous eight-year stretch.