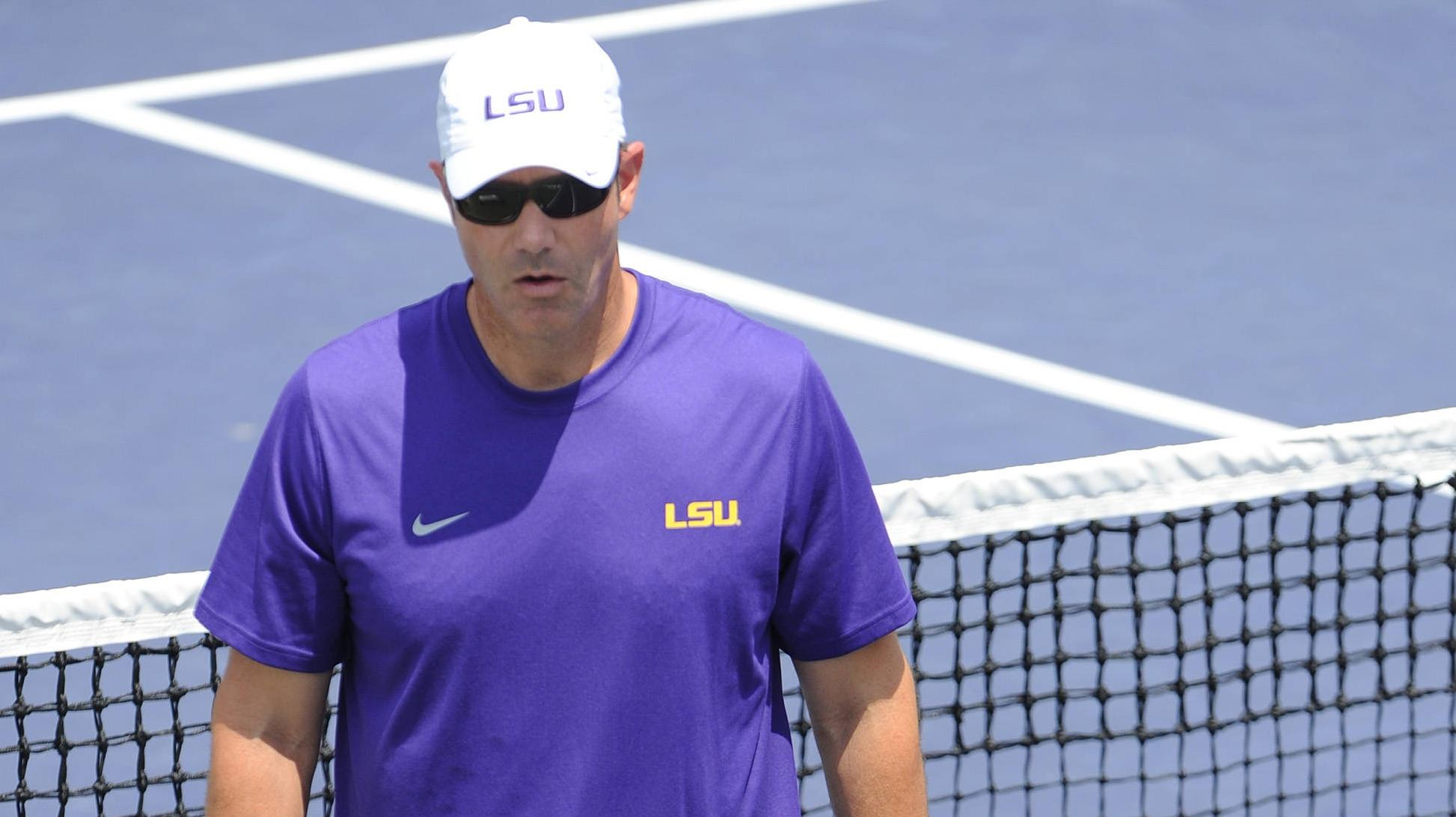 NASHVILLE, Tenn. – The LSU men’s tennis team is back in action this week as they travel to Nashville, Tenn., for the 2013 SEC Fall Classic at the Currey Tennis Center. The tournament is hosted by Vanderbilt and is slated to start on Thursday and last through Sunday.

All 13 SEC schools that sponsor varsity men’s tennis will be represented, with 88 singles participants and 39 doubles pairings competing. A champion from each draw (singles, doubles and singles consolation) will be crowned at the conclusion of the tournament on Sunday.

“This is one of the top five best fields of the year with every SEC team represented,” head coach Jeff Brown said. “Our team will understand the level we will have this year in conference play after this event.”

LSU junior Chris Simpson, ranked No. 29 in the ITA preseason singles poll, will be the No. 4 seed for singles and has a bye in the first round. He will face off against Jovan Parlic of Arkansas in the second round.

Also competing for LSU in singles will be sophomore Boris Arias, who also received a bye in the first round and will play the winner of Mississippi State’s Florian Lakat and Kentucky’s Kevin Lai.

Sophomore Harrison Kennedy will take on Ole Miss’ Zach Wilder in the first round to determine who will face South Carolina’s Ben Barnette in the second round.

Redshirt freshman Eric Perez has a bye in the first round and will play Auburn’s Lukas Ollert in the second round.

After transferring from the University of Texas, newcomer Andrew Korinek has a bye in the first round and will face off against the winner of Arkansas’ Santiago Munoz and Texas A&M’s Behzad Minavi.

Freshman Justin Butsch has also received a bye in the first round and will take on Kentucky’s Tom Jomby, the tournament’s No. 1 singles seed.

Sophomore Tam Trinh will play Arkansas’ Pete Thomason in the first round, with the winner set to take on South Carolina’s Thiago Pinheiro in the second round.

John Michael Busch, a redshirt freshman, will face Vanderbilt’s Mason Vierra in round one. The winner of this match will move on to the second round to take on Tennessee’s Markus Kerner.

For doubles, the Tigers have four pairings. Simpson and Arias will face Arkansas’ Johan den Toom and Jacob Herndon in the first round, with the winner facing Kentucky’s Jomby and Lai, the SEC Fall Classic’s No. 1 doubles pairing.

Also in the first round, Trinh and Korinek will play Auburn’s Ollert and Dante Saleh to determine who will take on South Carolina’s Kyle Koch and Chip Cox in the second round.

Receiving a bye in round one, LSU’s Kennedy and Busch will take on Texas A&M’s Tito Moreiras and Minavi in round two. Additionally, LSU’s Butsch and Perez will face South Carolina’s Sam Swank and Andrew Schafer in round two after receiving a first round bye.