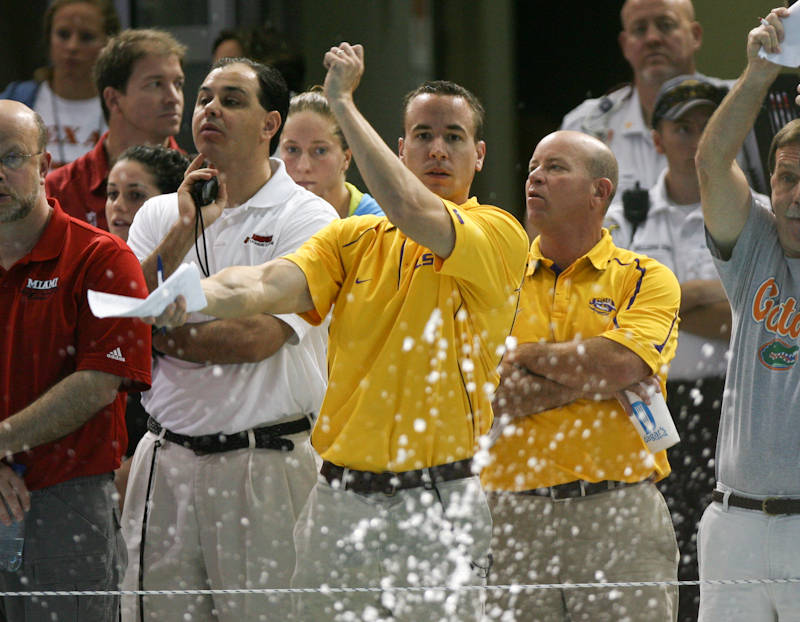 “I’m really excited for this season,” added diving coach Shaffer. “I think we have an excellent dual meet and invitational schedule that will prepare us for NCAA and Southeastern Conference Championships.”

Fans will have the chance to see the Tigers in action seven times this season at the LSU Natatorium against Georgia, Arkansas, Tulane, Auburn, SMU, Oklahoma Baptist and Texas A&M. Admission to LSU swimming and diving home meets is free.

The entire team begins the season in the annual Purple and Gold intrasquad meet on Friday, Sept. 27.

The Tigers will go on to host four straight home meets beginning with Georgia on Friday, Oct.18. The Lady Bulldogs are the defending NCAA national champions and the men’s team placed 10th at NCAA Championships last season.

The women’s team will go on to compete in two straight meets as they face Arkansas on Oct. 19 and Tulane on Oct. 25. To finish out the home stand, the men’s team will face Auburn on Nov. 2.

The full squad then travels to Columbia, S.C., to take on South Carolina on Nov. 9. The final swimming event of the calendar year will be held in College Station, Texas where the men and women compete in the three-day Texas A&M Invitational beginning on Nov. 21.

The diving teams then travel to USA Diving Winter Nationals Dec. 17-22, in Austin, Texas and then to Athens, Ga., where they will compete at the Georgia Diving Invite Jan. 3-5.

LSU will host three straight meets beginning Jan. 9 when the men’s swimming and diving team faces SMU. The Tigers then host the LSU Relays featuring Oklahoma Baptist Jan. 11. The men and women will celebrate Senior Day against Texas A&M to close out the regular season at home on Saturday, Jan. 18.

Two weeks later, the full team travels to Houston, Texas, for a quad meet against Houston, Rice and Tulane.

The SEC Championships will be held in Athens, Ga., from Feb. 18-22. The NCAA Zone Diving Regionals will take place March 10-12 in Minneapolis, Minn.