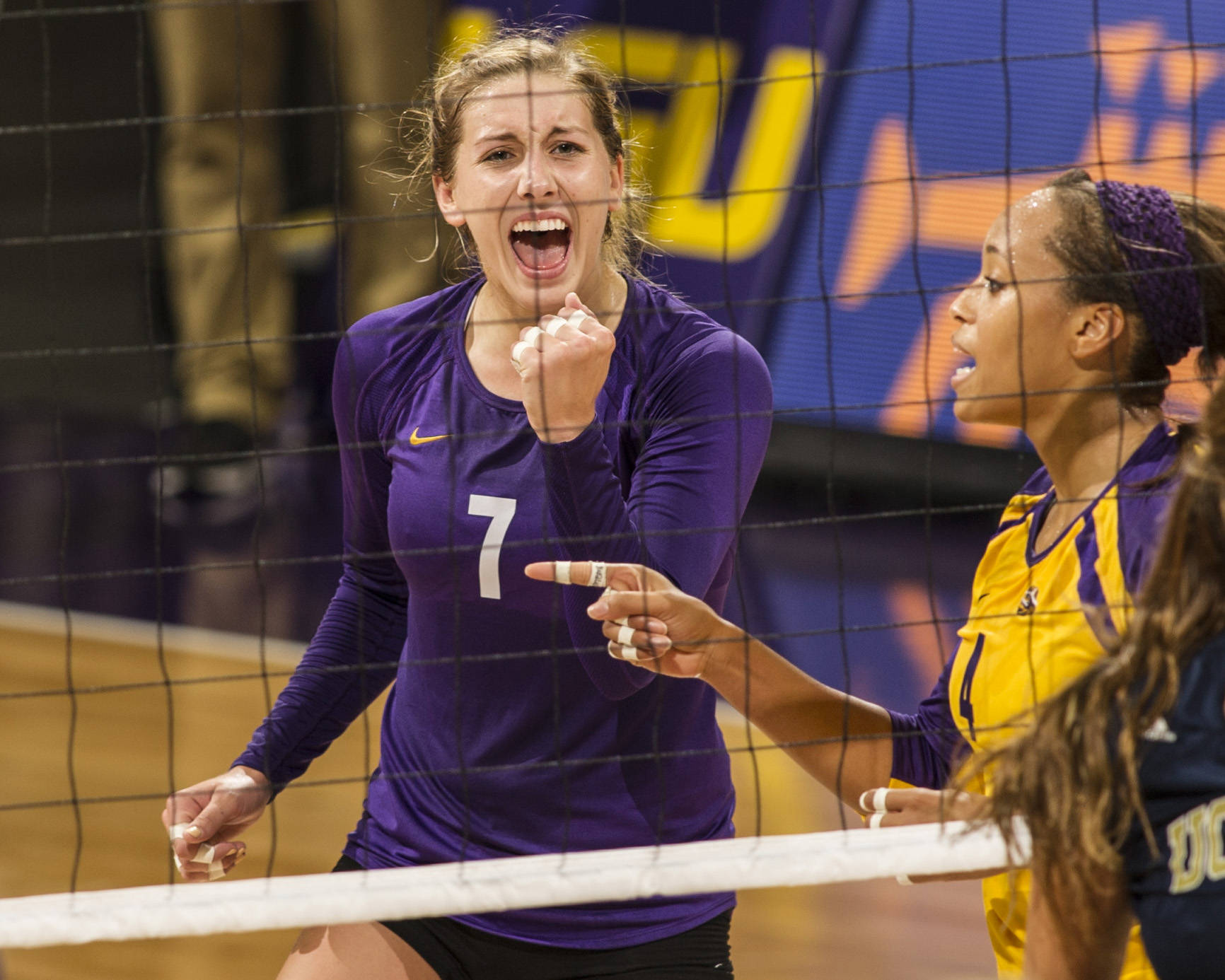 Briana Holman, MB, 6-1, Fr., DeSoto, Texas
Holman played a major role as LSU came back from a two-set deficit to end Miami’s 18-match home winning streak which dated back to the 2011 season. She collected her second double-double of the season with 12 kills on a .476 hitting percentage and tacked on a career-best 14 blocks. The 14 blocks also are the most by a SEC player this season, and the most by a LSU player since former All-American Ivana Kuzmic since the 2004 season. The reigning SEC Freshman of the Week averaged 2.40 kills and 2.20 blocks per set playing three rotations.

Notes on the Tigers
LSU split a pair of five-set road decisions with Miami, who was receiving votes in the AVCA Top 25 poll, over the weekend. The Tigers joined Arkansas and became the second SEC team to overcome a two-set deficit in 2013. With Friday’s comeback victory, LSU ended the Hurricanes 18-match home winning streak that dated back to the 2011 season. The Tigers racked up a season’s best 21 blocks. The last time LSU recorded 20 blocks during a match was versus Denver on August 29, 2009. Briana Holman turned in 12 kills on a .476 hitting percentage and added a career-best 14 blocks en route to her second double-double. The 14 blocks eclipsed her own SEC single-match mark for the 2013 season and were the most recorded by a LSU player since former All-American Ivana Kuzmic versus Houston on November 27, 2004. For her efforts, Holman secured her second consecutive SEC Freshman of the Week award. Katie Lindelow powered home a career-best 14 kills to go along with eight digs and career-high five blocks. Cati Leak picked up 10 kills and eight digs, while Khourtni Fears came away with six kills on a .333 hitting percentage and notched five blocks. LSU nearly dug out of another two-set hole versus Miami on Saturday. The Tigers grinded out sets three and four despite being held to a season-low 44 kills and a .067 hitting clip before dropping a hard-fought 15-11 decision during the winner-take-all fifth set. Friday was a historic night for the Tigers as former All-American Dani Reis became the first player in program history to be elected into the LSU Athletic Hall of Fame. She still holds three program records for career assists (6,379), digs (1,527) and service aces (254). The 6,379 career assists also is an all-time SEC mark. The Tigers conclude their three-weekend, eight-match road swing with matchups versus North Texas [Friday: 11 a.m.], Baylor [Friday: 4:30 p.m.] and host Houston [Saturday: 11 a.m.] at the Flo Hymen Collegiate Cup.