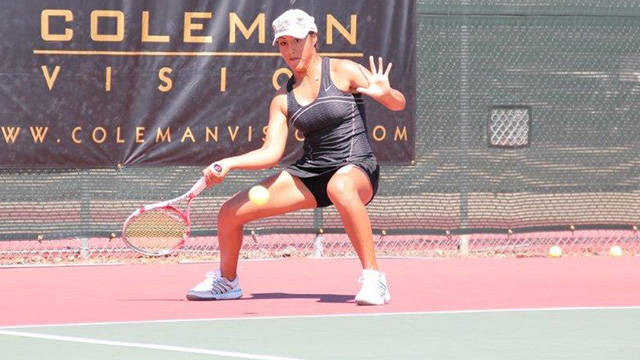 A United States Tennis Association (USTA) Pro Circuit event, freshman Otero received a wild card to compete in the qualifying round. Competition will begin at 11 a.m. CT at the Tanoan Country Club.

Otero will face pro Nicole Melichar, who is ranked 601st in the world, in the second match of the day on stadium court 5.

Otero joins the Lady Tigers as a member of the No. 14 and highest-ranked recruiting class in program history. A five-star recruit, she notched the 49th spot on the national rankings according to the Tennis Recruiting Network.

“It’s such an honor for Gabby (Otero) to have been given a wild card into a $75,000 pro circuit event,” head coach Julia S. Sell said. “This is a great opportunity for Gabby to compete against the rising stars in our sport.”