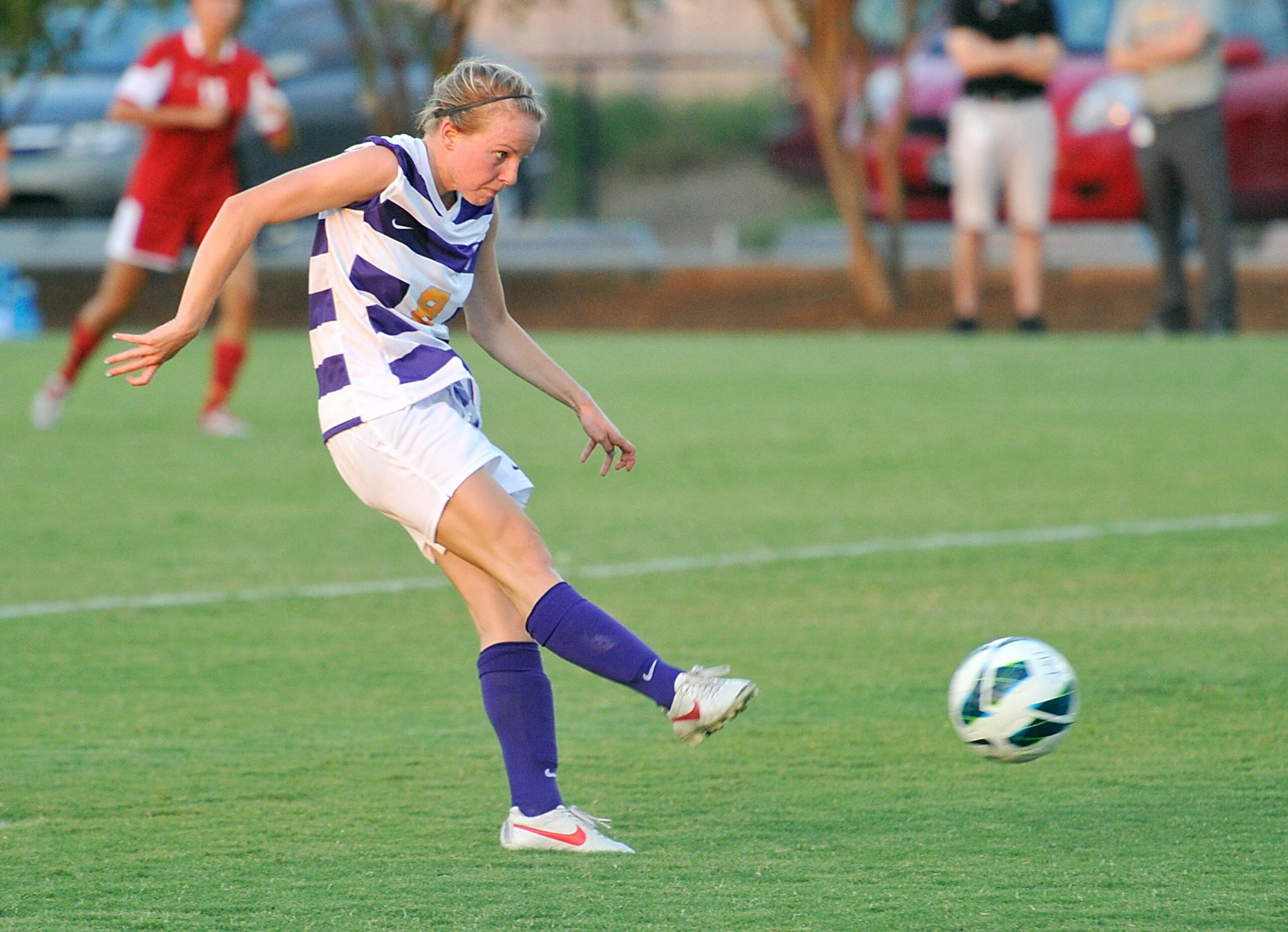 NACOGDOCHES, Texas – The Stephen F. Austin Ladyjacks took control early with two quick goals inside of 10 minutes from the opening kickoff before pushing the final score line to 4-0 as the LSU Soccer team suffered a setback to the home side to open their final weekend of non-conference play on Friday night at the SFA Soccer Field.

The Ladyjacks struck twice inside of 10 minutes from the opening kickoff as junior striker Zuri Prince and senior midfielder Melissa Gaudet found the back of the net to give the home side an early 2-0 lead.

Following a failed clearance in the box by the LSU defense in the ninth minute, the ball popped out to Prince standing just beyond the penalty spot as she buried her effort inside the left post at the 8:51 mark. Stephen F. Austin added to its lead just 56 seconds later on Gaudet’s successful penalty kick after senior midfielder Brenda Salazar was fouled inside the area on the first of two corner kicks by the Ladyjacks in the first half.

The Ladyjacks then pushed their lead to 3-0 before the break on a cracker from distance by freshman striker Amanda Doyle as she pulled up from 25 yards and fired a shot underneath the crossbar at the 31:51 mark.

The Tigers threatened to pull one back late in the first frame with the likes of sophomore Fernanda Pina and freshmen Summer Clarke and Emma Fletcher leading the attack.

Clarke created LSU’s best opportunity in the run of play as she was played through the Ladyjack back line by sophomore Lexi Gibbs, but after pulling back to elude one of the recovering Stephen F. Austin center backs, her shot was picked out of the air by the SFA keeper. Less than a minute later, Fletcher fired a header from eight yards on an end-line cross by junior Alex Arlitt that sailed just wide of the right post.

The Tigers were unable to find an answer into the second half before Ashton Norman provided the final margin in the 84th minute with another long-range effort that found the back of the net with 6:07 to go. Stephen F. Austin earned its first victory over the Tigers in the series while improving to 5-1-1 on the year for its best seven-game start in the team’s history.

The Tigers outshot the Ladyjacks by a 14-13 count on the final scoresheet while also holding a slight 5-4 edge in corner kicks over the course of 90 minutes. Stephen F. Austin held a 6-3 advantage in shots on goal.

The Tigers will wrap up their non-conference season on Sunday afternoon when they make the trip to Houston, Texas, to face the Rice Owls with kickoff set for 1 p.m. CT at the Rice Soccer Complex. They will then kick off the Southeastern Conference season next weekend with a match against Vanderbilt on Saturday, Sept. 21, with kickoff set for 7 p.m. in Nashville, Tenn.