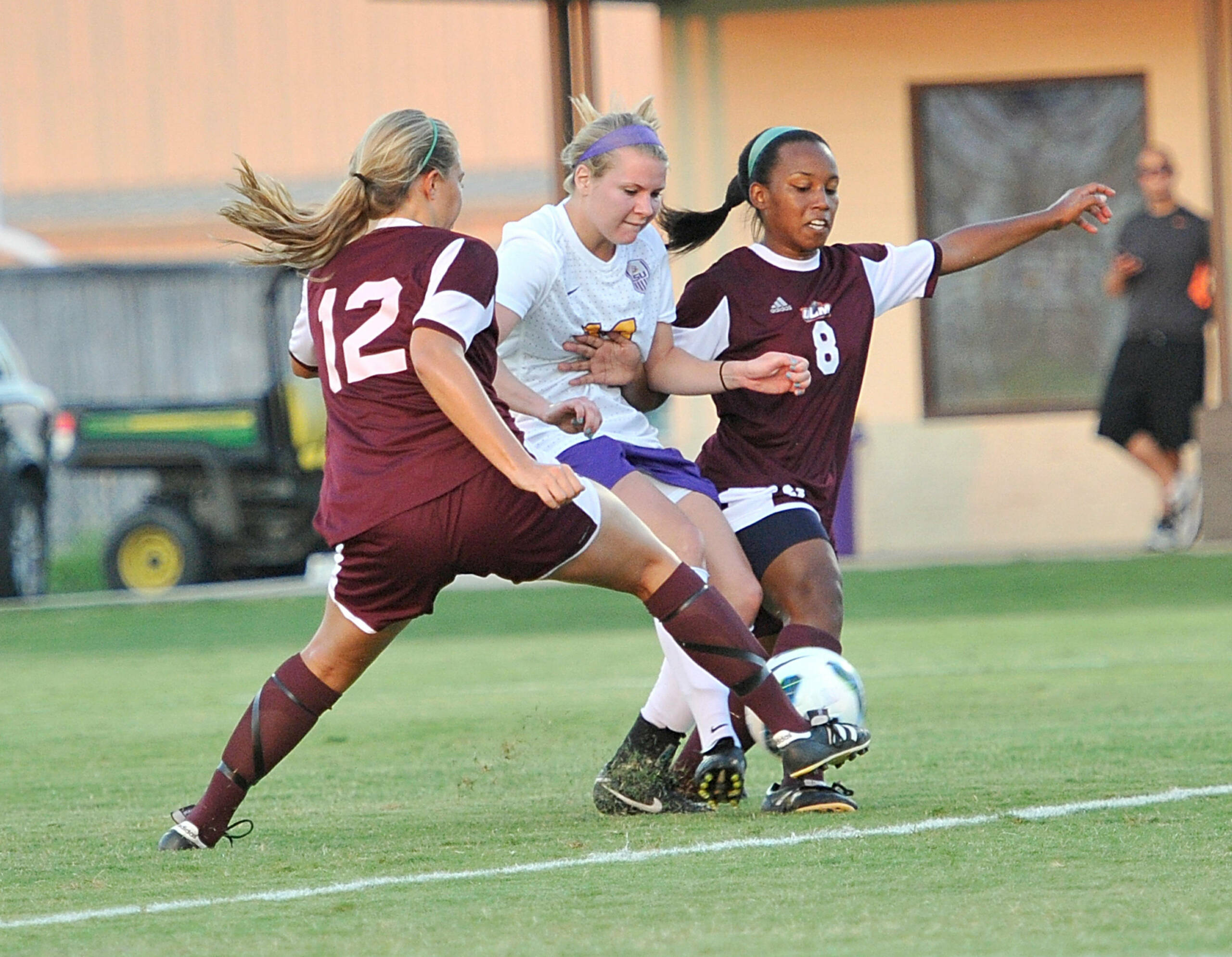 BATON ROUGE – The LSU Soccer team will look to build momentum heading into the start of Southeastern Conference play next week as they wrap up the non-conference season this weekend beginning with a trip to Nacogdoches, Texas, to take on Stephen F. Austin on Friday night with kickoff set for 7 p.m. CT at the SFA Soccer Field.

The Tigers (3-2-1) follow with a trip to Houston to take on the Rice Owls on Sunday afternoon in their non-conference finale scheduled to kick off at 1 p.m. at the Rice Soccer Stadium.

The Tigers are riding a wave of momentum into their final non-conference weekend of the season after pitching a 1-0 shutout of the previously unbeaten and 13th-ranked USC Trojans on Sunday at the Minnesota Gold Classic in Minneapolis, Minn. It marked their seventh victory over a nationally-ranked opponent in nine seasons under head coach Brian Lee.

Stephen F. Austin (4-1-1) is riding a two-game winning streak entering the weekend in the wake of a 2-0 shutout at New Mexico State last Friday and a 2-1 double overtime victory at UTEP on Sunday afternoon.

The Ladyjacks feature a championship program as the defending Southland Conference regular season and tournament champions from a season ago. They wrapped up the 2012 campaign with a strong 17-4 mark with a perfect 8-0 record in Southland Conference play before falling to Texas A&M in the first round of the 2012 NCAA Division I Women’s Soccer Tournament.

Friday’s game marks the fifth time that LSU has faced Stephen F. Austin on the soccer pitch as the Tigers are a perfect 4-0 in a series that dates back to the program’s inaugural season in 1995. The Tigers defended their home turf a year ago when they scored a 2-1 victory over the Ladyjacks in Baton Rouge thanks to a game-winning goal by then-freshman Fernanda Pina in the 78th minute.

Fans can watch the Tigers in action as live streaming video of Friday’s match will be provided courtesy of Stephen F. Austin’s official athletics website at http://bit.ly/1eFhTvp. Fans can also receive live updates from the SFA Soccer Field as the Tigers take on the Ladyjacks through the team’s social media pages by liking LSU Soccer on Facebook and following @LSUSoccer on Twitter and Instagram.

“This will be a tough weekend for our team to go back on the road and finish up our non-conference season against two quality opponents,” said LSU head coach Brian Lee. “We’ll be facing a Stephen F. Austin program on Friday night that is accustomed to winning. They have that kind of mentality and know what it takes to win championships, so it will be a challenge for us going to their place for the first time.

“It’s another opportunity for our team to compete against a good opponent before we open up conference play next weekend. What we’ve faced to this point has been to prepare us for what is to come.”

Senior goalkeeper Megan Kinneman inspired the Tigers to a 1-0 victory over the USC Trojans in their last outing on Sunday as she made seven saves in goal against a potent Trojan attack and scored the game-winner in the 65th minute with a well-taken penalty kick. She was honored as the SEC Women’s Soccer Player of the Week by College Sports Madness for her performance.

Kinneman pitched her fourth shutout in six starts this season while keeping the 15th clean sheet in four seasons with the Tigers to tie for second on LSU’s all-time list with Robyn DesOrmeaux and Valerie Vogler.

Pina continues to lead the team with three goals on the year as she is just one goal shy of matching her single-season career high of four goals set as a rookie last year. Juniors Alex Arlitt and Jodi Calloway and freshman Summer Clarke follow with two goals apiece, while senior Addie Eggleston and freshman Emma Fletcher are tied as the team’s leading assist makers with four assists each on the season.

After wrapping up a four-game road swing at Rice on Sunday afternoon, the Tigers will kick off SEC play next weekend with a trip to Nashville, Tenn., to take on the Vanderbilt Commodores on Saturday, Sept. 21, in the match that is set to kick off at 7 p.m. CT at the VU Soccer Complex.