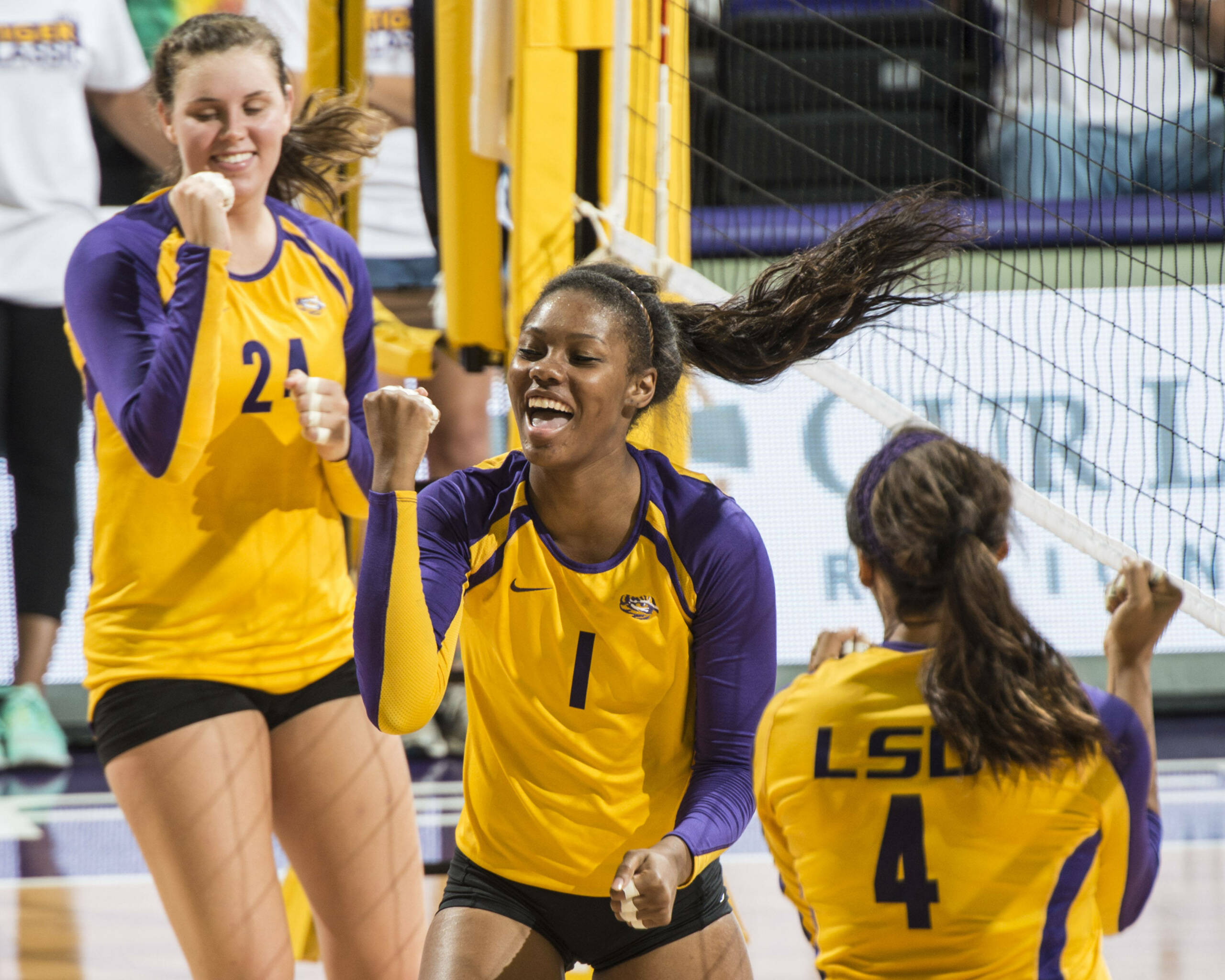 BATON ROUGE – The LSU volleyball team will face its toughest challenge of the young season and heads into the second leg of its three-weekend road swing with a pair of matches at Miami.

The Tigers (6-0) and Hurricanes (4-1) will meet Friday at 6 p.m. CT followed by a Saturday tilt with a 4:30 p.m. CT first serve. (Note: Due to a tachincal issue on-site, the schedule live audio broadcast for Friday night has been cancelled)

“It was another really good weekend,” head coach Fran Flory said. “The best thing that came out of the weekend was winning on the road. That is the key to any type of championship season. Secondly, our efficiency improved. We changed how we ran things. The first weekend we were an outside oriented team, and last weekend we were really able to rely on our middles.”

Miami, who is receiving votes in the AVCA Top 25 poll, will be playing its first home matches of the 2013 season. The Hurricanes possess a balanced offense attack and have five players averaging more than 2.00 kills per set. Savanah Leaf has powered home a team-leading 3.84 kills per set to rank fifth among the ACC leaders. On the back row, Ryan Shaffer has gathered 4.58 digs per set, third-highest in the ACC.

“Miami has become a really great match-up,” Flory said. “We have a lot of respect for them and for their program. Their middles are really similar to Rice’s middles in terms of the system they run. They have a great right side hitter in Alex Johnson, and they do a really good job of staying balanced and understanding the game. Hopefully, this will prepare us for the SEC. We will play a lot of teams twice in the SEC. I am interested to see how our team is going to respond to playing Friday and implementing a separate game plan Saturday. The goal is for us to make the adjustments and adapt to them.”

LSU has collected double digit blocks in three of its six matches and pace the SEC with 3.04 stuffs per set. The Tigers registered a season-high 19 blocks versus Rice.

LSU’s offense has been efficient and garnered 14.91 kills per set to rank second in the SEC. Malorie Pardo has sparked the Tigers to a .280 team hitting percentage, while her 12.65 assists per set are good enough for second place on the SEC leaderboard.

Cati Leak has maintained her spot among the SEC’s elite and has belted a team-leading 4.67 kills to go along with 2.82 digs per set. Her 4.67 kills per set are second in the SEC. The Alabama native also has amassed four double-doubles which are tied for second in the SEC.

Holman has hammered home 3.20 kills per set and tallied double figure kills in each of her last four outings. She has cranked a team-high .395 hitting percentage. The reigning SEC Freshman of the Week also has been solid on the defensive end and produced a SEC-leading 1.50 blocks per set. She secured 15 kills and 10 blocks versus Rice, LSU’s first double-double in kills and blocks since former All-American Brittnee Cooper against Denver during the 2009 season.

Fears has notched 2.00 kills and 1.06 blocks per set during her three rotations. Her nine kills versus Rice matched a career-best.

“Briana and Khourtni are physical players,” Flory said. “It was nice to get those two on track with their ability to play above the net and their ability to terminate offensively. First, we have to credit the backcourt. They did a great job of handling that first contact whether it was serve-receive or defensively with a dig. Malorie had a great weekend. She showed great poise and made great choices. It was certainly a team effort.”

Desiree Elliott has turned in a balanced 3.00 kills, 2.31 digs and 0.85 blocks per set. The All-SEC Preseason Team selection missed last weekend’s action due to injury and enters the weekend 30 kills shy of moving past Meagan Davis (1998-2001) for 18th place on LSU’s all-time list.

Emily Ehrle has popped 2.12 kills per set whereas Madi Mahaffey has slapped 1.30 kills to go along with 1.30 blocks per set. Her 1.30 stuffs per set are third in the SEC.

Lindelow has shared time between the libero and outside hitter spots. She has chipped in 0.65 kills and 3.96 digs per set. The Mandeville native has tallied 10 or more digs in all six matches on the young season and added 10 kills to pick up her first career double-double against Rice.

When Lindelow hasn’t been at libero, Haley Smith has earned the nod to wear the different color jersey for the Tigers. She corralled a career-high 24 digs versus Rice and her 3.40 scoops per set place her 13th in the SEC rankings.

Laura Whalen has been solid on the back line and totaled four efforts of 10 digs or more. Both Whalen and Lindelow have come away with aces in five of LSU’s six matches.

“Haley has stepped in and done a great job in whatever role we’ve need her,” Flory said. “Before last weekend, if practicing like you would play is true, Haley was going to be our libero. She stepped in and really owned that role. She passed well, defended well and made some key plays in key situations. She created some second contact chances for Malorie. Overall, it was a great performance. It was nice to have (Katie) Lindelow step in the hitting role and be as good as she was as well.”

LSU has earned 177 victories sparked by five 20-win seasons to go along with seven of the last eight SEC Western Division titles since 2005. The Tigers also are one of 34 programs to appear in six NCAA Tournaments during the previous eight-year stretch.