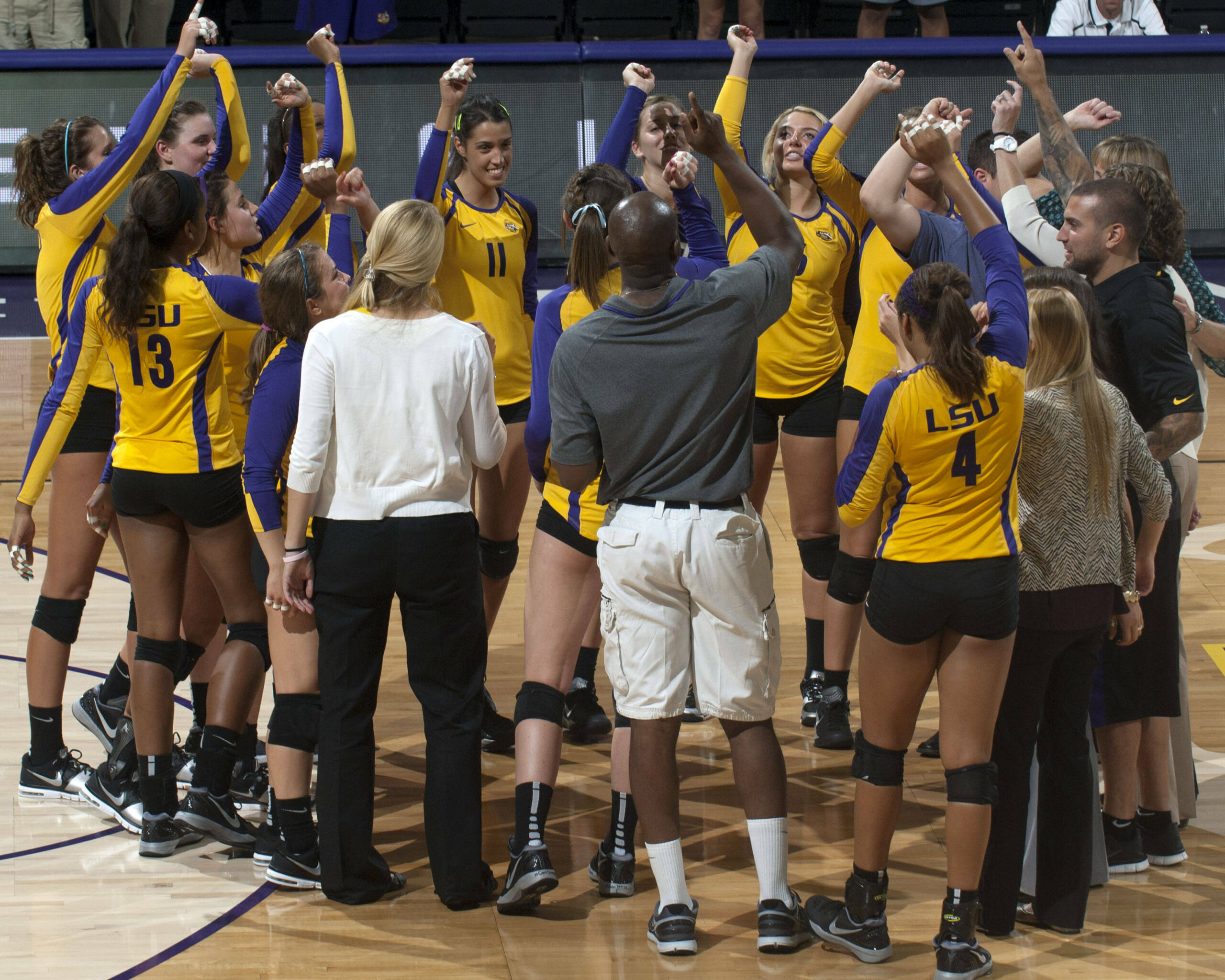 Briana Holman, MB, 6-1, Fr., DeSoto, Texas
Briana Holman turned in another strong weekend to open up her freshman campaign and took home Rice Invitational Tournament MVP honors as LSU remained as one of two unbeaten teams in the SEC. Playing only three rotations, Holman amassed 3.90 kills per set on a blistering .508 hitting percentage. Defensively, she posted 1.50 blocks per set for the second straight weekend to take over the top spot on the SEC leaderboard. Holman equaled her career-best with 15 kills and notched a career-high 10 blocks versus Rice, the Conference USA preseason favorite. The 10 blocks are the top performance in the SEC on the season. It also marked LSU’s first double-double via kills and blocks since former All-American Brittnee Cooper against Denver during the 2009 season. Holman’s .591 hitting clip during the Texas A&M Corpus Christi match was a career-high.

Notes on the Tigers
LSU secured victories over Arkansas-Little Rock, Texas A&M Corpus Christi and Rice over the weekend en route to its second straight undefeated weekend. Briana Holman, the SEC’s Freshman of the Week, collected Rice Invitational MVP status. She was joined by Khourtni Fears and Katie Lindelow on the all-tournament team. The Tigers continued their torrid blocking pace and are now up to a SEC-leading 3.04 stuffs per set. LSU racked up a season’s best 19 blocks during its four-set victory over Rice. Malorie Pardo sparked the offense to a .299 team hitting percentage, while Cati Leak maintained her spot among the SEC’s elite by powering home 4.67 kills per set. Holman racked up 3.90 kills per set on a staggering .508 hitting percentage. She also registered 1.50 blocks per set to vault her way to the top spot in the SEC rankings. Holman hammered 15 kills to match a career-high and secured a career-best 10 blocks against Rice, the Conference USA preseason favorite. The 10 blocks is the top single-match mark in 2013 among SEC players. She also was the first player since former All-American Brittnee Cooper against Denver during the 2009 season to secure a double-double in kills and blocks. Fears turned in a solid all-around effort with 2.11 kills per set on a crisp .405 hitting ratio and averaged 1.56 blocks per set. Her nine kills during the Rice match equaled a career-high. Lindelow split time between outside hitter and libero. She compiled 1.40 kills and 3.50 digs per set. Her six kills late in the fourth set enabled the Tigers to erase a 21-14 hole and turn the tables to a 31-29 win versus Rice. Haley Smith earned the nod with two starts at the libero spot. She amassed a career-high 24 scoops during the Rice match and picked up 4.40 digs per set. LSU heads into the second leg of its three-weekend road swing with a pair of matches against Miami, who is receiving votes in the latest edition of the AVCA Top 25 poll. Friday’s first serve is slated for 6 p.m. CT followed by a 4:30 p.m. CT opening serve on Saturday.