Beckham Jr. Among SEC Players of the Week 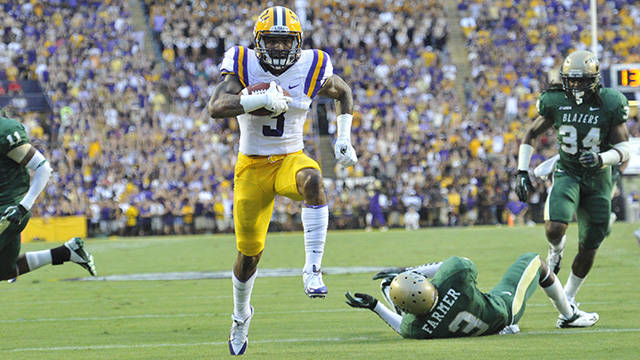 BATON ROUGE — After his historic 100-yard missed field goal return in Tiger Stadium, Odell Beckham Jr. was named the Southeastern Conference Special Teams Player of the Week, it was announced on Monday morning.

With UAB attempting a would-be stadium record 59-yard field goal late in the third quarter, Beckham setup for a return in the south endzone. He fielded the kick eight yards into the endzone and returned along the left sideline for a touchdown. It was the first such return in LSU football history and capped a 331-yard all-purpose night for the wide receiver.