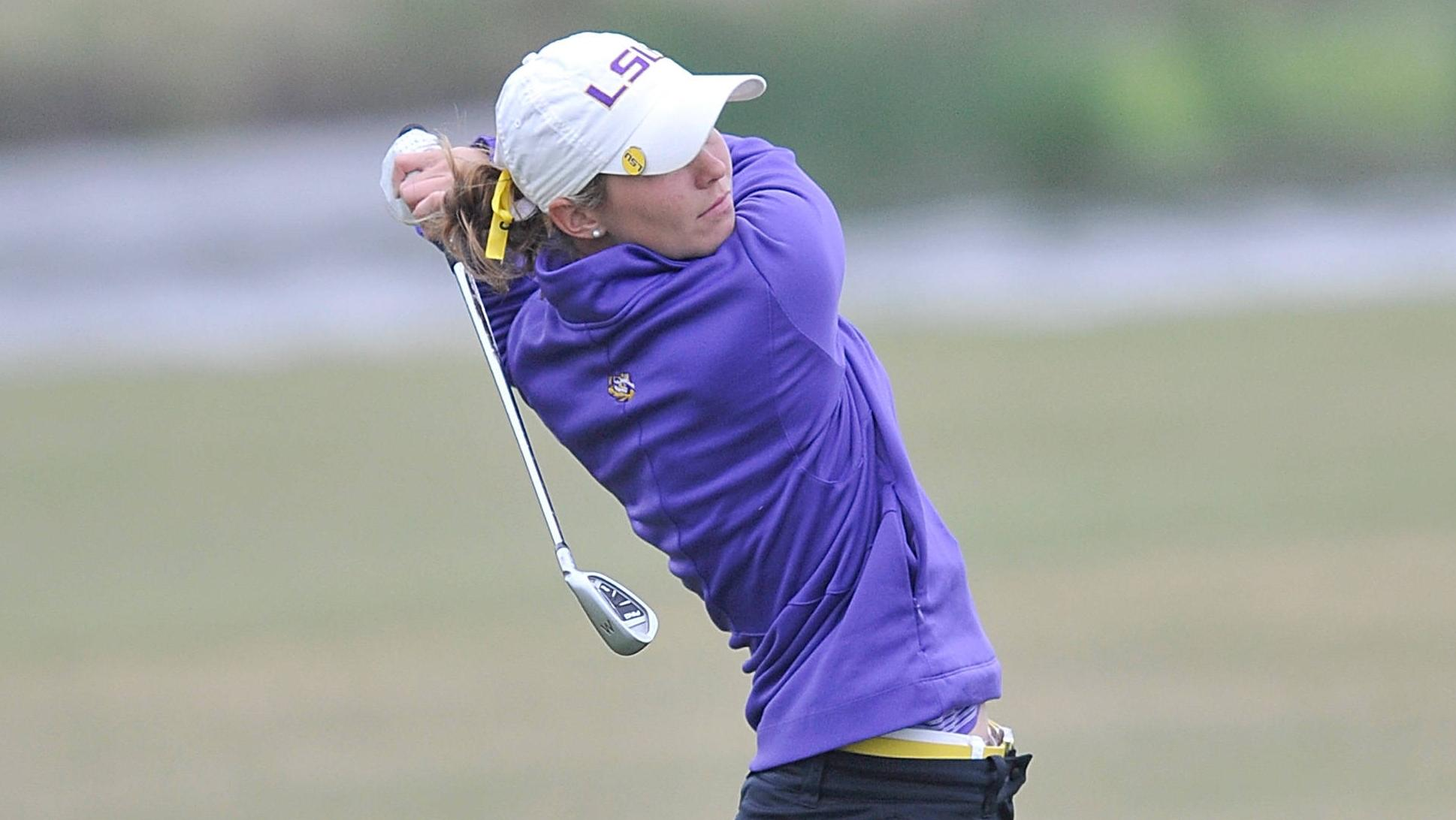 BATON ROUGE – The LSU Lady Tigers will begin at a familiar site when they travel to Harahan, S.C., for the 2013 season opener, the Cougar Classic, at the Yeamans Hall Club.

For Coach Karen Bahnsen, the start of her 30th season as the head coach of the 22nd-ranked Lady Tigers has her ready to go for another season.

“It’s exciting to get back on the course for another year,” said Bahnsen, the dean of Southeastern Conference women’s coaches and a member of the Women’s Golf Coaches Association Hall of Fame. “We are looking forward to what has become a very prestigious tournament to open our season. We’ve only been together a short time since school started, but the girls have been working hard in preparation for this event.”

In an interesting twist, all the teams will go off the first tee in waves of three and LSU will be paired with the host Charleston team and Wake Forest beginning at 10:05 CDT. The round begins at 6:51 a.m. with the last three-some off at just after noon.

Fifteen of the 20 teams in this year’s tournament field were represented at the 2013 NCAA Regionals, including LSU. The University of Florida will look to become the second team in tournament history to win back-to-back titles when it defends its 2012 title. Meanwhile, Clemson University will compete in it’s first-ever tournament as the program embarks on its inaugural season. Florida’s Camilla Hedberg returns to defend her individual crown after tying a Cougar Classic-record last season when she shot a 13-under par total of 203. LSU’s Austin Ernst also shot 203 on her way to victory in 2011.

LSU will have four returnees and a freshman in its lineup for the opener led by All-SEC junior Madelene Sagstrom, who averaged 73.59 a season ago with three top-5 finishes. Senior Lindsay Gahm finished her junior season with four top 16 finishes and averaged 74.34. Ali Lucas is in her senior year of school and her second at LSU after averaging 76.42 a year ago and sophomore Elise Bradley averaged 77.23 a year ago.

Lady Tiger Caroline Nistrup of Dragoer, Denmark, will make her college debut in the Cougar Classic as she brings stellar international record to Baton Rouge as a part of the Danish National Team since 2007.