Volleyball to Compete in Rice Invitational 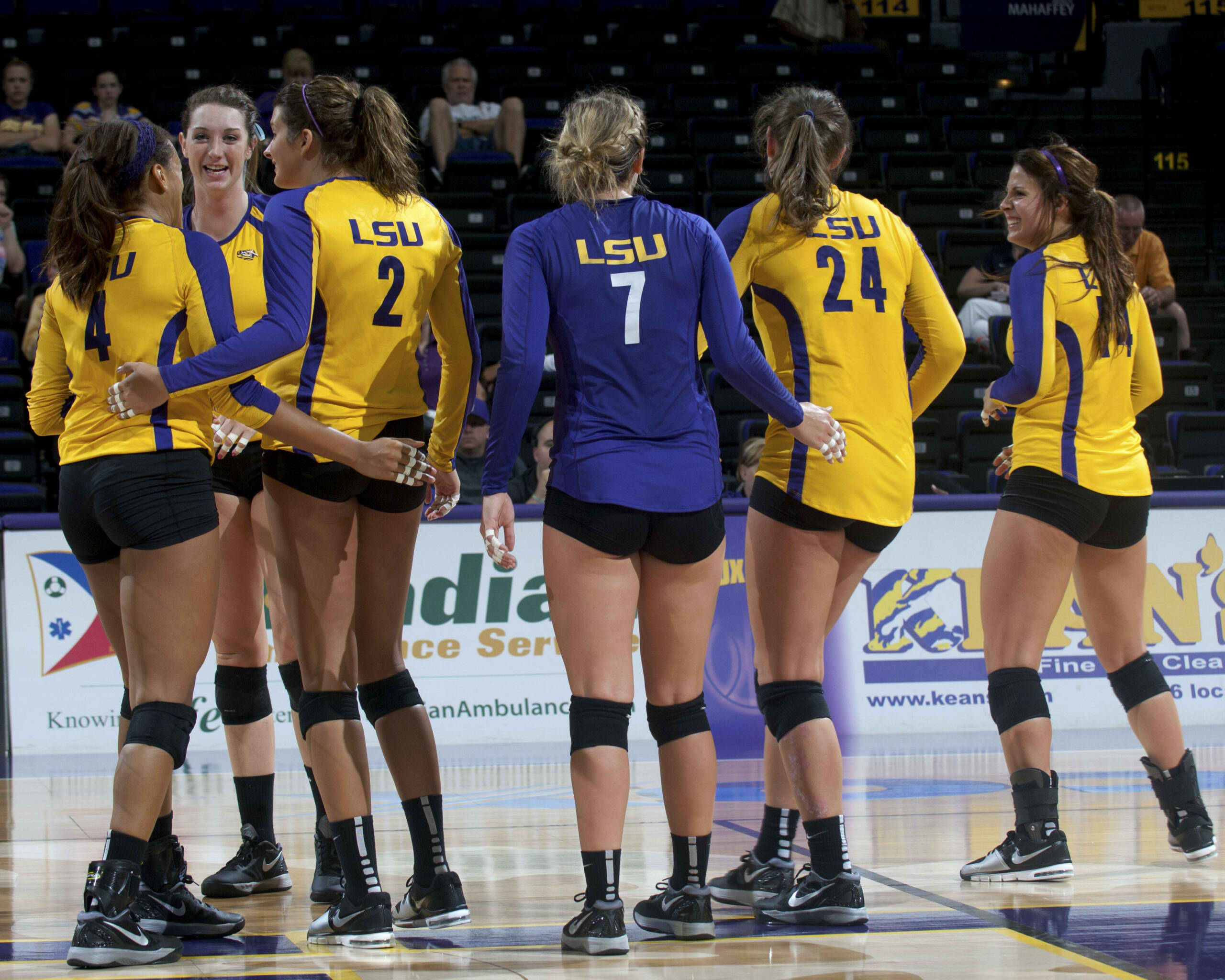 BATON ROUGE – The LSU volleyball team will look to build on an undefeated opening weekend and travels to the Rice Invitational for its initial road trip of the 2013 season over the weekend.

“I thought we started the season very well,” head coach Fran Flory said. “The nice part was we were able to get a lot of people valuable playing time. It also was nice to have different players play significant roles within those different matches. The depth of our team was apparent last weekend.”

Elliott turned in a solid all-around effort with 3.00 kills, 2.31 digs and 0.85 blocks per set. She became the 20th player in program history to amass over 1,000 career kills versus Texas-San Antonio and compiled her first career double-double with 22 kills and 12 digs during the UC Davis match.

Leak, the Tiger Classic MVP, buried a SEC-leading 4.92 kills per set on a crisp .341 hitting percentage and produced a SEC-best three double-doubles on opening weekend. She powered home a career-high 31 kills against UC Davis, the highest output for a LSU player since Carmis Franks totaled 30 spikes at South Carolina on Oct. 23, 1998.

“The mantra for our team is ‘Earn This,’ and Cati has earned this opportunity and the accolades that have come with that,” Flory said. “Certainly, a great start for her, but again it’s only a start. Her work in the summer is what really transformed her, and that’s her in the gym by herself or with a couple of teammates making the difference. When you get those types of kids on the court for you making that impact, great things are going to happen for your team.”

Pardo paced LSU’s offense to a .265 hitting percentage on opening weekend. She distributed 12.00 assists per set, good enough for third place on the SEC leaderboard. The Texas native handed out a career-best 68 assists versus UC Davis and enters the weekend 18 helpers away from surpassing Luciana Santana (1992-95) for sixth place on LSU’s all-time list.

“Malorie is a new player,” Flory said. “Her self-confidence is higher than it has ever been. Setting is a difficult position. She has grown, worked really hard and pushed through some really frustrating situations over her first couple of years. It’s not hard for her anymore. We are already starting to see a little glimpse of the player that she’s going to become.”

LSU’s back row defense was fueled by Katie Lindelow‘s 4.31 digs per set which are fifth in the SEC. She started her first three matches of her career at the libero position and produced three straight double-figure dig efforts. The Mandeville native also converted on 55 of her 56 reception attempts. She teamed with Laura Whalen for 10 of the team’s 16 aces on opening weekend.

“I’m not worried about our team going on the road because our international trip helped us manage being on the road,” Flory said. “I think we did a nice job of that, and I expect that we will handle that well. We were very aggressive serving this past weekend, and we will have to maintain that.  That is one of our biggest goals from last year to this season was to increase our serving efficiency and the number of times we’re acing opponents.  Our first contact has to be great, whether it’s defensive contact – digging or passing – that part has to be really good.  And offensive efficiency, we can’t give the other team points. Those would be the keys that I’d expect us to carry on that we did a great job last weekend. Certainly, I expect to have that occur again this weekend.”

LSU has earned 174 victories sparked by five 20-win seasons to go along with seven of the last eight SEC Western Division titles since 2005. The Tigers also are one of 34 programs to appear in six NCAA Tournaments during the previous eight-year stretch.