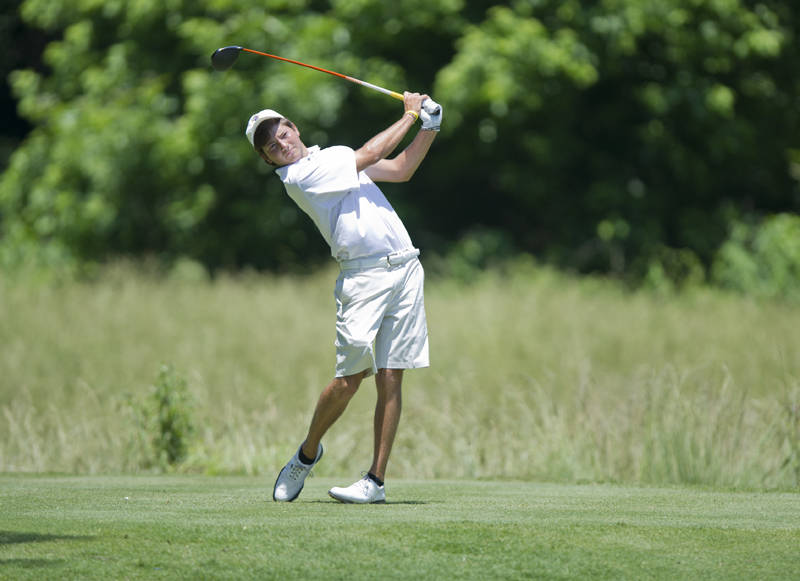 BATON ROUGE – The No. 9-ranked LSU men’s golf team is ready to kick off its 2013 fall season this weekend with a familiar trip to The Farm Golf Club in Rocky Face, Ga., as it competes at the 25th-annual Carpet Capital Collegiate Classic for the third-straight season as it looks to build upon another successful campaign following the 2012-13 season.

The Carpet Capital Collegiate Classic has earned a reputation as one of the premier events of the fall season as The Farm Golf Club will play host to a stellar 14-team field that features eight teams that competed at the NCAA Championships a year ago and seven teams that are ranked in the Golfweek Preseason Top 30 for 2013-14.

The Tom Fazio design at The Farm Golf Club will play to a par 72 and 7,012 yards for the three-day, 54-hole event with rounds being played on Friday, Saturday and Sunday.

Friday’s opening round is set to begin at 8 a.m. CT with tee times on holes No. 1 and No. 10. The tournament continues with the second round on Saturday and final round on Sunday to decide the championship.

The Tigers are certainly one of the attractions of the 25th-annual Carpet Capital Collegiate Classic as they open the season with a No. 9 national ranking in the Golfweek Preseason Top 30. Joining LSU in the field are such nationally-ranked programs as No. 4-ranked Georgia Tech, No. 6-ranked and defending champion Texas, No. 11-ranked Georgia, No. 12-ranked Auburn, No. 18-ranked South Carolina and No. 21-ranked Clemson.

The Texas Longhorns are the defending champion at the Carpet Capital Collegiate Classic after taking home a five-stroke victory over the runner-up Georgia Bulldogs a year ago with a winning 54-hole team score of 13-under par 851. LSU tied for fourth place with the Clemson Tigers in the 24th-annual event a season ago while posting a final team score of 7-over par 871.

Four Tigers return to the five-man lineup that opened the 2012 fall season at the Carpet Capital Collegiate Classic with the likes of senior Andrew Presley, juniors Stewart Jolly and Curtis Thompson and sophomore Zach Wright making their return to The Farm Golf Club this weekend. Senior Smylie Kaufman has also earned a start for the Tigers to kick off his final season with the Tigers.

Presley and Thompson are coming off impressive campaigns a season ago while leading the Tigers to their third berth in four years at the NCAA Division I Men’s Golf Championships held at Atlanta’s Capital City Club.

Thompson was named a First-Team All-SEC performer and was selected an Honorable Mention All-American while leading the Tigers with a career-low 72.9 scoring average and two top-five and five top-10 finishes as a sophomore a season ago. Presley claimed a Second-Team All-SEC selection for the second year in a row after finishing the season 73.3 scoring average with three top-five and five top-10 finishes.

Jolly was the top Tiger at the Carpet Capital Collegiate Classic last year while breaking par with a final score of 2-under par 214 to tie for 11th place on the final leaderboard. Jolly was also impressive during his sophomore season while ending the season with a 73.6 scoring average and earning two top-five and four top-10 finishes in his 13 tournament starts in 2012-13.

The Tigers are paired with Auburn and North Florida in Friday’s opening round as they are set to tee off from the back nine beginning at 8:45 a.m. CT. Live scoring with the 25th-annual Carpet Capital Collegiate Classic will be provided by Golfstat and can be found online at www.golfstat.com.