Soccer Takes to the Road for Minnesota Gold Classic 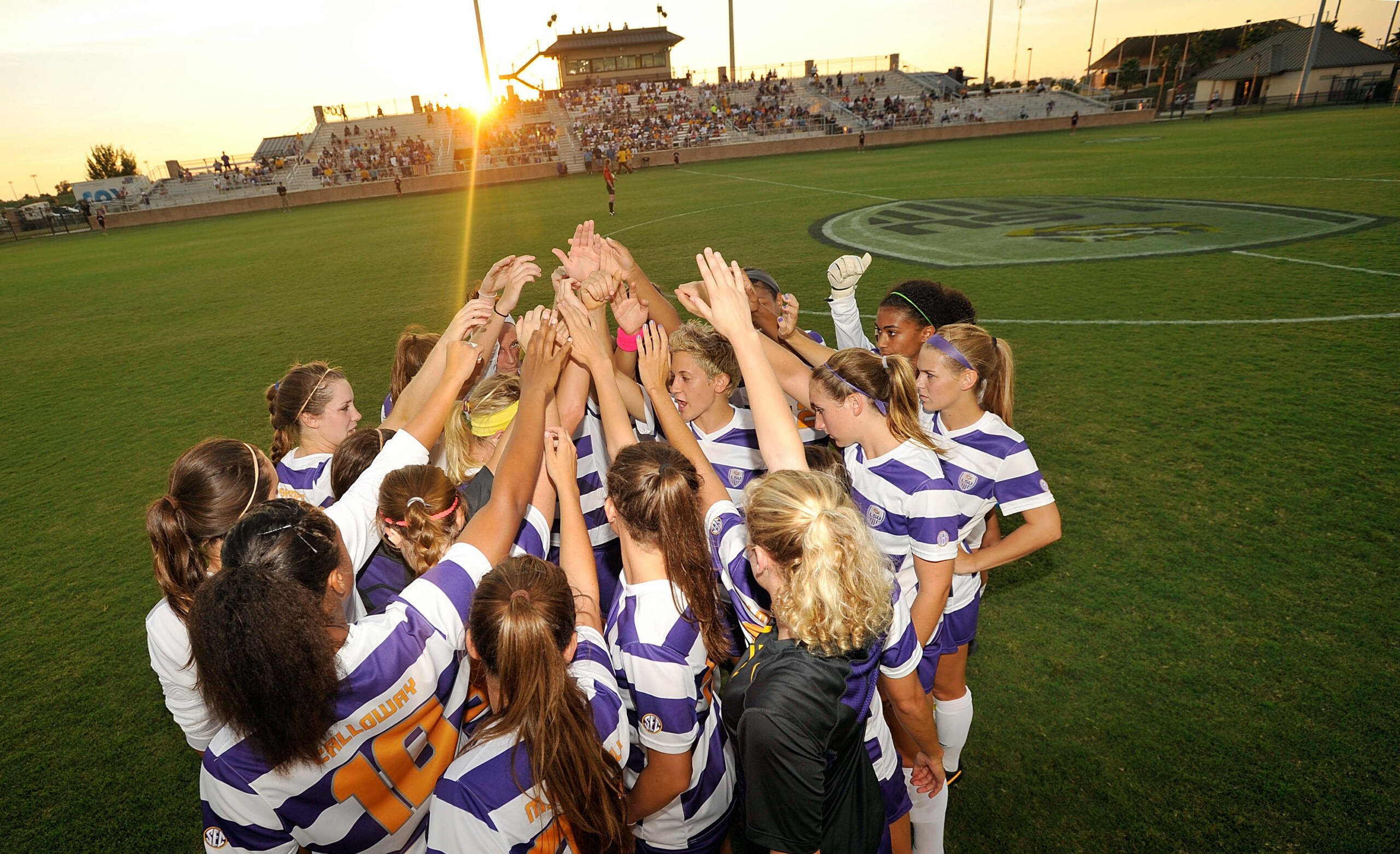 BATON ROUGE – Members of the LSU Soccer program are set to make their first road trip of the 2013 season when they head North to Minneapolis, Minn., this weekend to compete at the Minnesota Gold Classic as they open with their inaugural match against unbeaten Minnesota on Friday night at 7 p.m. CT at Elizabeth Lyle Robbie Stadium.

The Tigers (2-1-1) will look to get back in the win column this weekend after dropping their first match of the season with a 4-2 home defeat to No. 6-ranked BYU on Monday night.

The Golden Gophers (4-0) are on fire with a four-game winning streak to start the 2013 season, including a 1-0 victory in their first road match of the campaign at Big 12 Conference opponent Iowa State on Sunday. This marks the first ever meeting between LSU and Minnesota on the soccer pitch in the history of their respective programs.

This year’s Minnesota Gold Classic also features 13th-ranked Southern California of the Pac-12 Conference and unbeaten Ole Miss of the Southeastern Conference in one of the marquee events of the weekend. LSU is set to wrap up the tournament on Sunday with a match against the Trojans at 11 a.m. CT. Ole Miss will face USC on Friday at 4 p.m. and Minnesota on Sunday at 1 p.m.

Friday’s match marks just the fourth time in program history that the Tigers will face an opponent from the Big Ten Conference and the first time since the 2010 season when they made the trip to Champaign, Ill., while squaring off against 21st-ranked Illinois. LSU enters the contest looking to even their 1-2 mark all-time against the Big Ten Conference.

Fans can receive live updates and behind-the-scenes coverage of the Tigers competing at the Minnesota Gold Classic by liking LSU Soccer on Facebook and following @LSUSoccer on Twitter and Instagram.

“This weekend presents a great challenge for our young team as we will go on the road for the first time this season,” said LSU head coach Brian Lee. “It gives us a great opportunity to compete against two great teams as we continue to improve each and every week leading into the conference season. Minnesota is a program with a tremendous following, so we expect a great environment tomorrow night.”

Providing the scoring punch for the Gophers is junior midfielder Katie Thyken, who has netted a team-leading five goals and two assists for 12 points through four games in 2013. Four other Gophers follow Thyken with two goals apiece this season as Minnesota is averaging more than three goals per game as a team thus far.

Sophomore goalkeeper Kristen Knutson has posted two clean sheets and a 0.50 goals against average on the year as the Gopher defense has surrendered just two goals to its opponents this season.

The Tigers will counter with a youthful attack led by the likes of sophomore midfielder Fernanda Pina and the freshman duo of Summer Clarke and Emma Fletcher. Pina scored her team-leading third goal of the season in LSU’s 4-2 defeat to No. 6-ranked BYU on Monday night, while Fletcher is tied for the SEC lead with four assists and Clarke has scored two goals and served up one assist on the year.

After facing the homestanding Minnesota Golden Gophers on Friday night, the Tigers will wrap up the Minnesota Gold Classic on Sunday afternoon with their inaugural match against the 13th-ranked USC Trojans that is set to kick off at 11 a.m. CT at Elizabeth Lyle Robbie Stadium.