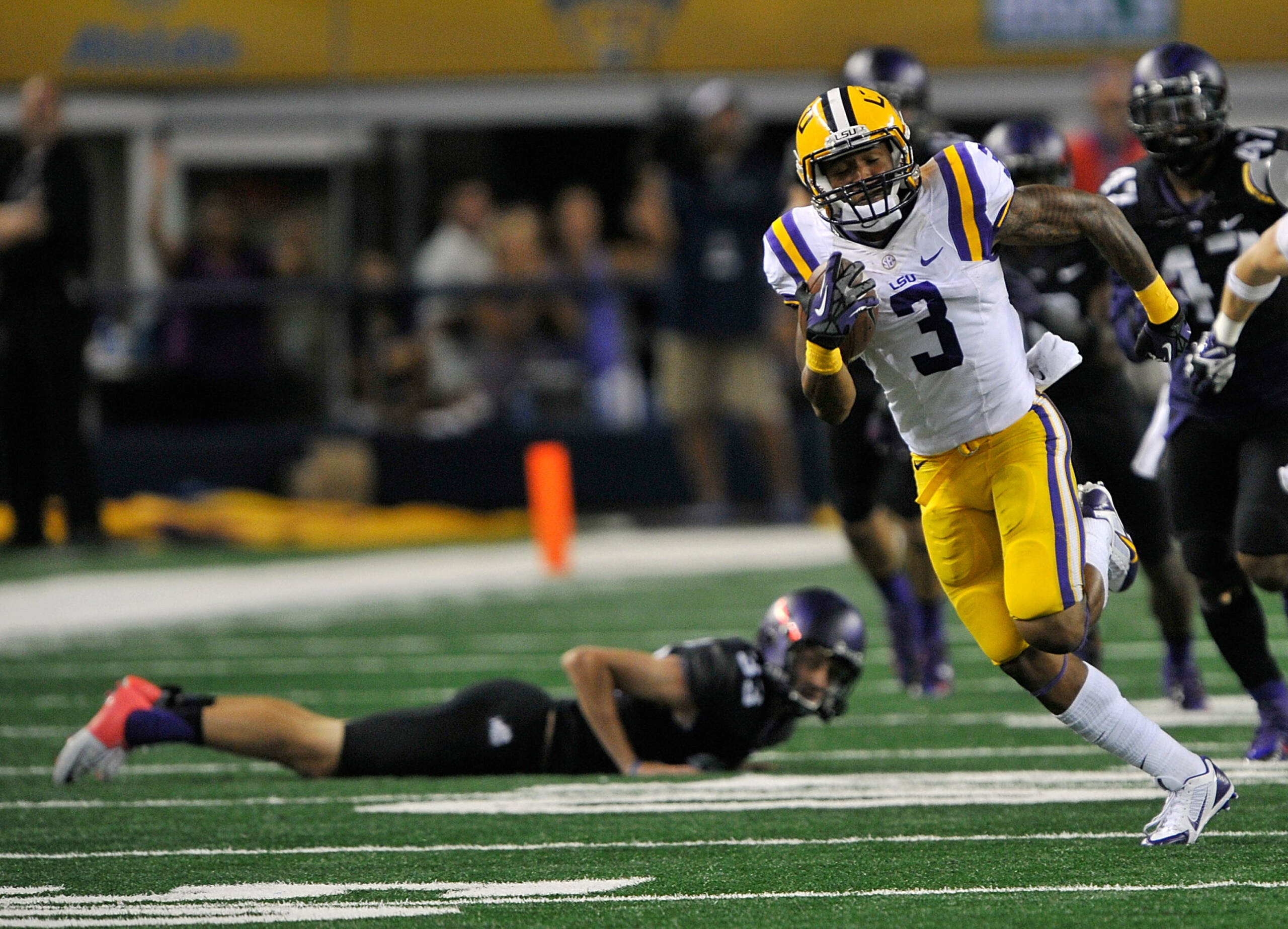 LOUISVILLE, Ky. – LSU junior wide receiver/return specialist Odell Beckham Jr. was one of three players from across the nation who were recognized on the Paul Hornung Honor Roll after the opening weekend of the season, the award announced on Tuesday.

Beckham Jr. joined TCU’s B.J. Catalon and Alabama’s Christion Jones on the list after contributing on both offense and special teams. Beckham Jr. is also a candidate for the Hornung Award, which is presently annually to college football’s most versatile player.

Beckham Jr. helped lead LSU to a 37-27 win over TCU in the Cowboys Classic with 272 all-purpose yards, which ranked sixth in LSU single-game annals. It was also the highest all-purpose total by an LSU player since Devery Henderson tallied 298 in what became known as the “Bluegrass Miracle” game against Kentucky on Nov. 9, 2002.

Beckham Jr. averaged 34.0 yards per kickoff return, including a 75-yarder in the fourth quarter that set up the Tigers’ final touchdown. His 272 all-purpose yards in Week 1 led the Southeastern Conference and ranked third nationally.

The New Orleans native teamed up with fellow wide receiver Jarvis Landry to each go over 100 yards receiving in the contest, becoming the first LSU duo to do that since Josh Reed and Michael Clayton in the 2002 Sugar Bowl. Beckham Jr. finished with five catches for 118 yards, representing his second 100-yard contest in the past three games.

The winner of the 2013 Paul Hornung Award will be announced in late January 2014 in downtown Louisville.