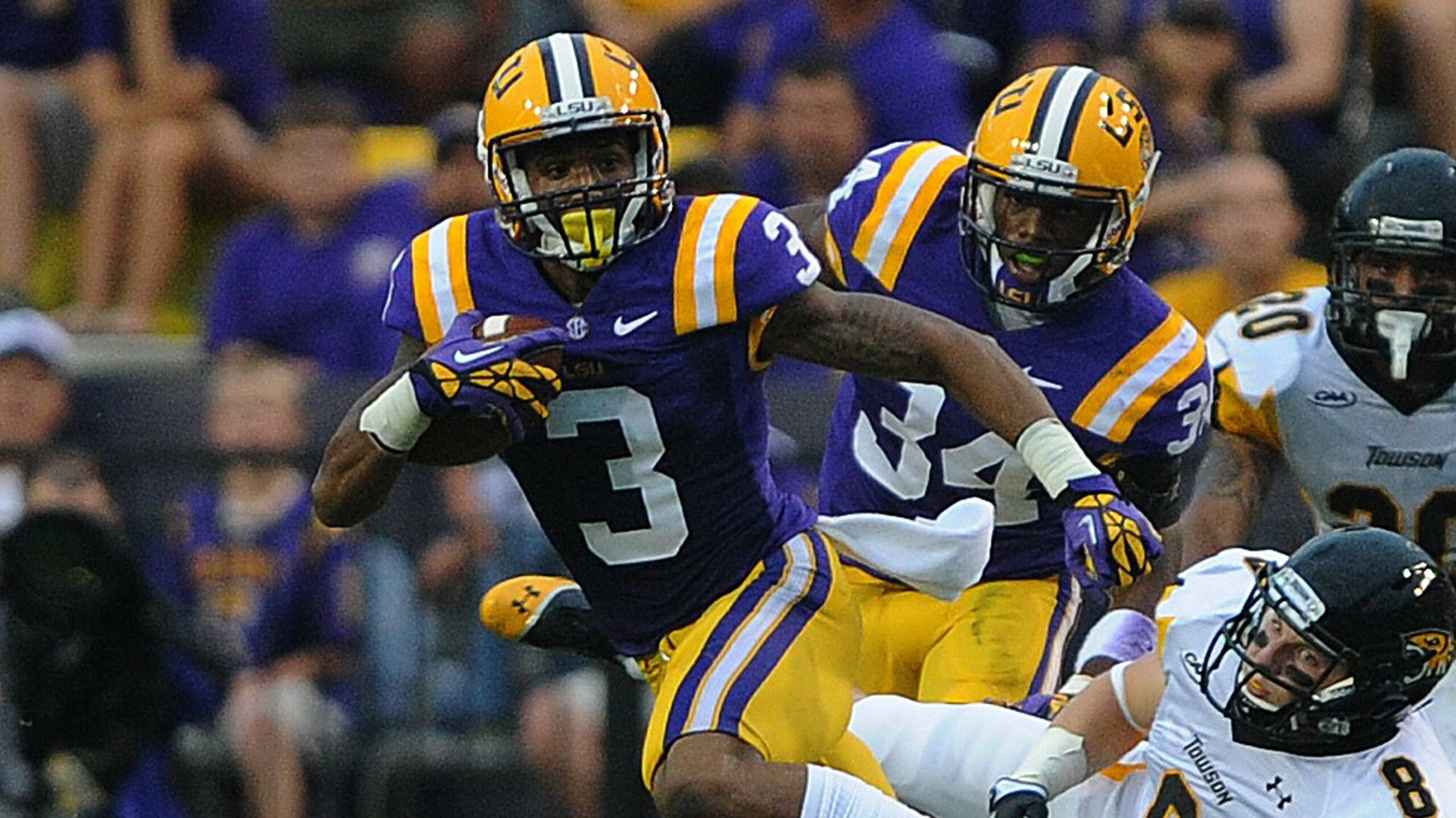 TALLAHASSEE, Fla. – LSU junior wide receiver Odell Beckham Jr. is one of 75 players from across the nation who have been named to the watch list for the Biletnikoff Award, which is presented annually to the most outstanding receiver in college football, the Tallahassee Quarterback Club announced on Tuesday.

Beckham Jr., a native of New Orleans, is one 13 Southeastern Conference wideouts on the list. Beckham joins five other LSU players on individual award watch lists this preseason.

The award recipient is selected by the Biletnikoff Award National Selection Committee, a group of over 200 prominent college football journalists, commentators, and former receivers. Receivers may be added to the watch list as their season performances dictate.

Beckham Jr. hauled in a team-high 713 yards receiving as a sophomore in 2012, and he was second in receptions with 43. He ranked 13th in the league in receiving yards per game with 54.3. He has averaged 12.9 yards every time he touches the football and he’s accounted for 1,784 all-purpose yards on 138 attempts in his two previous seasons.

The 2013 Biletnikoff Award winner will be presented live Dec. 12 on the ESPN Home Depot College Football Awards Show from Walt Disney World. The award has been presented every year since 1994. LSU captured the honor in 2001 during Josh Reed’s All-American season.