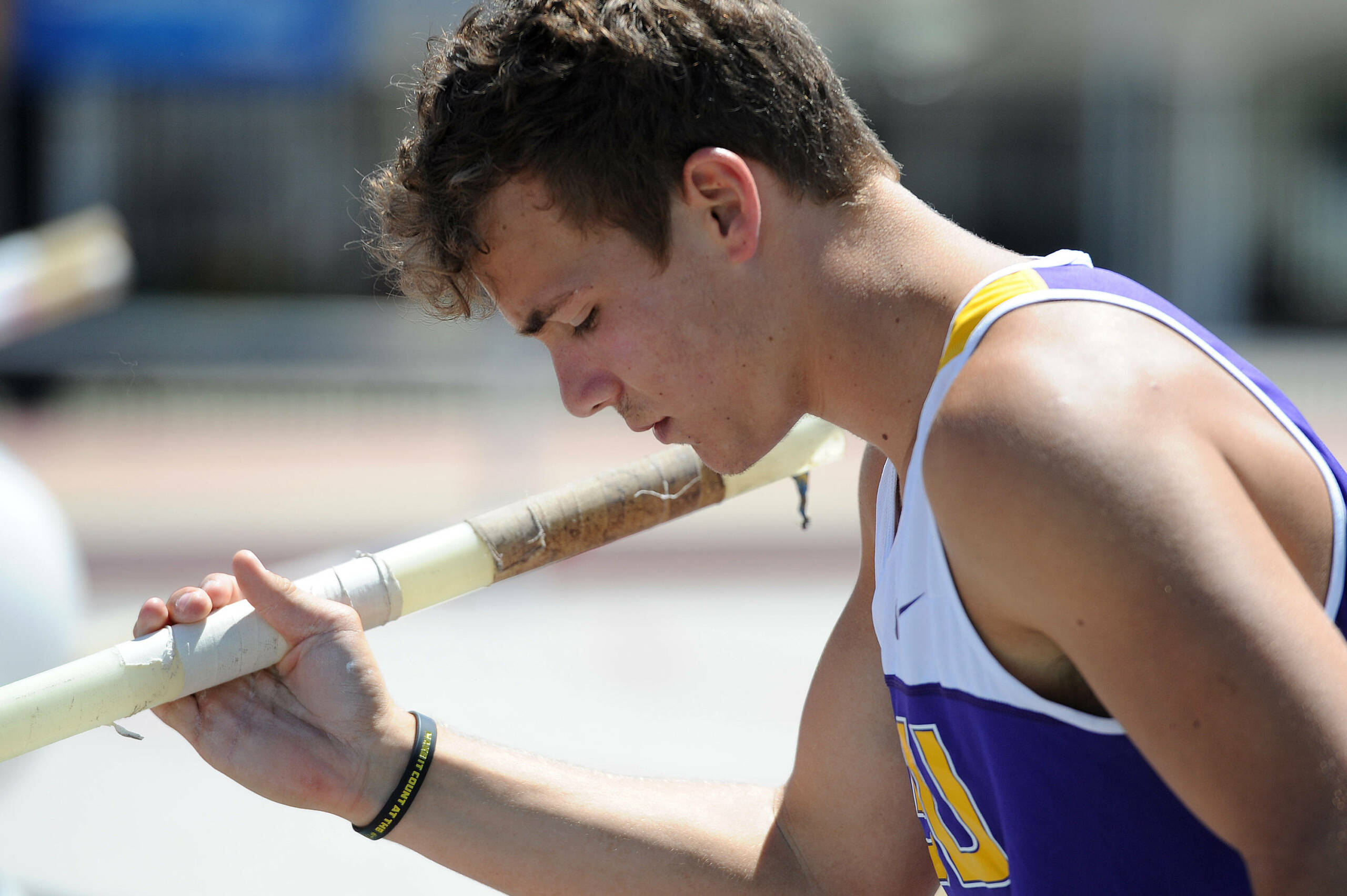 FAYETTEVILLE, Ark. – Andreas Duplantis twice stared down the pole vault runway with only one jump remaining to stay in the competition and twice the Tiger sophomore cleared the bar at 17 feet, 1 inch and 17-5 to set a new indoor personal best while establishing himself among the nation’s elite to highlight Friday’s action at this year’s Arkansas Razorback Invitational.

Duplantis earned a runner-up finish with his performance while matching the clearance of 17-5 by defending NCAA Indoor champion Andrew Irwin in what proved to be an exciting finish for the Tigers.

After clearing the bar at 16-1 ¼ on his second attempt and 16-7 ¼ on his first attempt, Duplantis cleared a height of 17 feet indoors for the first time in his collegiate career with a pair of third-attempt clearances at 17-1 and 17-5 to claim the No. 11 spot in the NCAA rankings for the 2013 indoor season. He also vaulted into the No. 9 spot on LSU’s all-time indoor performance list in the event.

Duplantis led a trio of Tigers setting indoor PRs in the event as junior Thomas Reinecke followed in third place with a mark of 17-1 and junior Jaora Johnson trailed in fifth place with a clearance of 16-7 ¼.

“I wasn’t really thinking about it being my last jump at those heights,” Duplantis said following the event. “All I could think about was what I needed to do to get this bar. I felt like I had a good warm-up. I think it helped me focus on the process of what I needed to do today. There are still so many things I need to keep working on to improve. It’s great to be able to jump those heights so early in the season.”

While cracking LSU’s Top 10 list with his performance, Duplantis is now within an inch of overtaking his father in the school rankings as Greg Duplantis set a career-best of 17-5 ½ during the 1986 season.

The elder Duplantis is one of the great vaulters in the history of the LSU Track & Field program, clearing a collegiate best of 18-5 ¼ outdoors during his senior season in 1986 before an accomplished professional career during which he raised his PR to 19-0 ¼ during the 1993 outdoor season.

Duplantis laughed when asked if he might overtake his father in the LSU record books. The sophomore is already more than six inches ahead of last year’s pace when he cleared a best of 16-10 ¾ indoors before setting a lifetime PR of 17-5 ½ outdoors to highlight a breakout freshman campaign.

“I’m going to tell him that I’m coming for him,” Duplantis said with the thought of talking with his father following the event. “He won’t be able to hide from me this season.”

And it was Jernbeck getting the better of her teammate as she tallied 3,574 points in five events to end the day in fifth place overall followed by Moreau in sixth place with 3,512 points.

“We saw some nice performances today,” said LSU head coach Dennis Shaver. “We would have liked for a little bit more at the end of the day, but we got a good competitive effort from a number of our kids here today. We’d need more of that from both our teams when we come back tomorrow.”

The Tigers and Lady Tigers also led Friday’s qualifying action on the track as 11 of 12 athletes who lined up in preliminary races in the 60-meter dash and 60-meter hurdles advanced to Saturday’s semifinals.

Lady Tiger senior and reigning Bowerman Award winner Kimberlyn Duncan was the top qualifier during the preliminary round of the women’s 60-meter dash as she dominated the second heat with a time of 7.40 seconds. Fellow senior Takeia Pinckney followed with a win in the fifth heat with the third-fastest time of the day at 7.43, while junior Toshika Sylvester ran 7.55 for second place in the first heat.

Two Lady Tigers also advanced to the semifinals in the 60 hurdles as senior Shanekia Hall earned the win in the second heat with the second-seeded qualifier of the day at 8.44 and junior Jasmin Stowers had a run of 8.46 for second place in the first heat to advance as the fifth-seeded qualifier.

The Tigers were perfect in qualifying as all six athletes advanced to Saturday’s semifinal action with each recording a seasonal-best time in either the 60 meters or 60 hurdles.

Sophomore sprinter Aaron Ernest led the way by smashing his personal best in the 60-meter dash with his time of 6.73 for second place in the first prelim heat. Ernest was the third-fastest qualifier for the day after breaking his previous PR of 6.82 set at the Texas A&M Triangular just one week ago.

Also advancing to the semifinal of the men’s 60-meter dash with new personal records were senior Damar Forbes (6.85) and freshman Nethaneel Mitchell-Blake (6.90). LSU senior Rynell Parson (6.75) and junior Shermund Allsop (6.90) added seasonal-best performances of their own as they are now set to race during the 60-meter semifinals beginning Saturday afternoon at 2:25 p.m. CT.

After setting a personal best in the 60 meters, Mitchell-Blake also set a lifetime PR as LSU’s leading 200-meter sprinter with a seasonal-best run of 21.40 for eighth place in the event.

Sophomore Joshua Thompson followed with a seasonal-best effort of his own in the 60 hurdles as he took second place in the first prelim heat with the fifth-fastest qualifying time of the day at 7.90.

“You really can’t do much more in qualifying than we did today,” Shaver said. “We’ll have a chance here tomorrow to get a little bit better as a team. I thought our kids went out there and really competed today in setting a number of PRs and seasonal bests in those prelim races. That says a lot about the type of mindset they brought to this meet. We need to see more of that here tomorrow afternoon.”

Saturday’s action for the 2013 Razorback Invitational continues in the field at 11 a.m. CT followed by the first events on the track at 12:15 p.m. Live results from the event will be provided by Flash Results and be found online at www.flashresults.com. Fans can also get live updates of the Tigers and Lady Tigers liking LSU Track & Field on Facebook and following @LSUTrackField on Twitter.