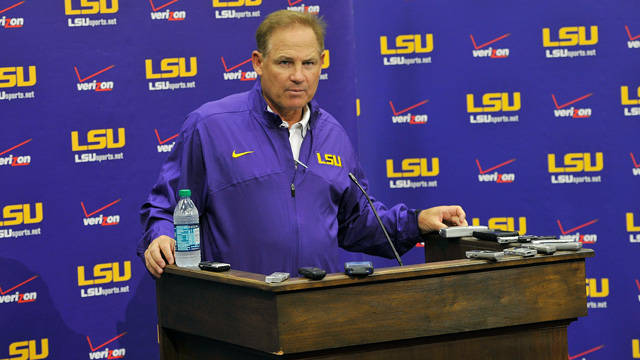 “This is a very difficult day for our team,” Miles said. “We lose a quality person, teammate and contributor to the program. However, with that being said, we have a standard that our players are held to and when that standard is not met, there are consequences.

“It’s hard because we all love Tyrann. We will do what we can as coaches, teammates, and friends to get him on a path where he can have success. We are going to miss him.”

Mathieu, a finalist for the Heisman Trophy and the nation’s top defensive player a year ago, played in 26 games for the Tigers during his two years, racking up 133 total tackles, 16.0 tackles for loss and four interceptions. He also forced 11 fumbles, which ranks first in school history and seventh in NCAA history, to go with eight fumble recoveries.

Mathieu scored four touchdowns for the Tigers, two on punt returns and two on fumble returns.