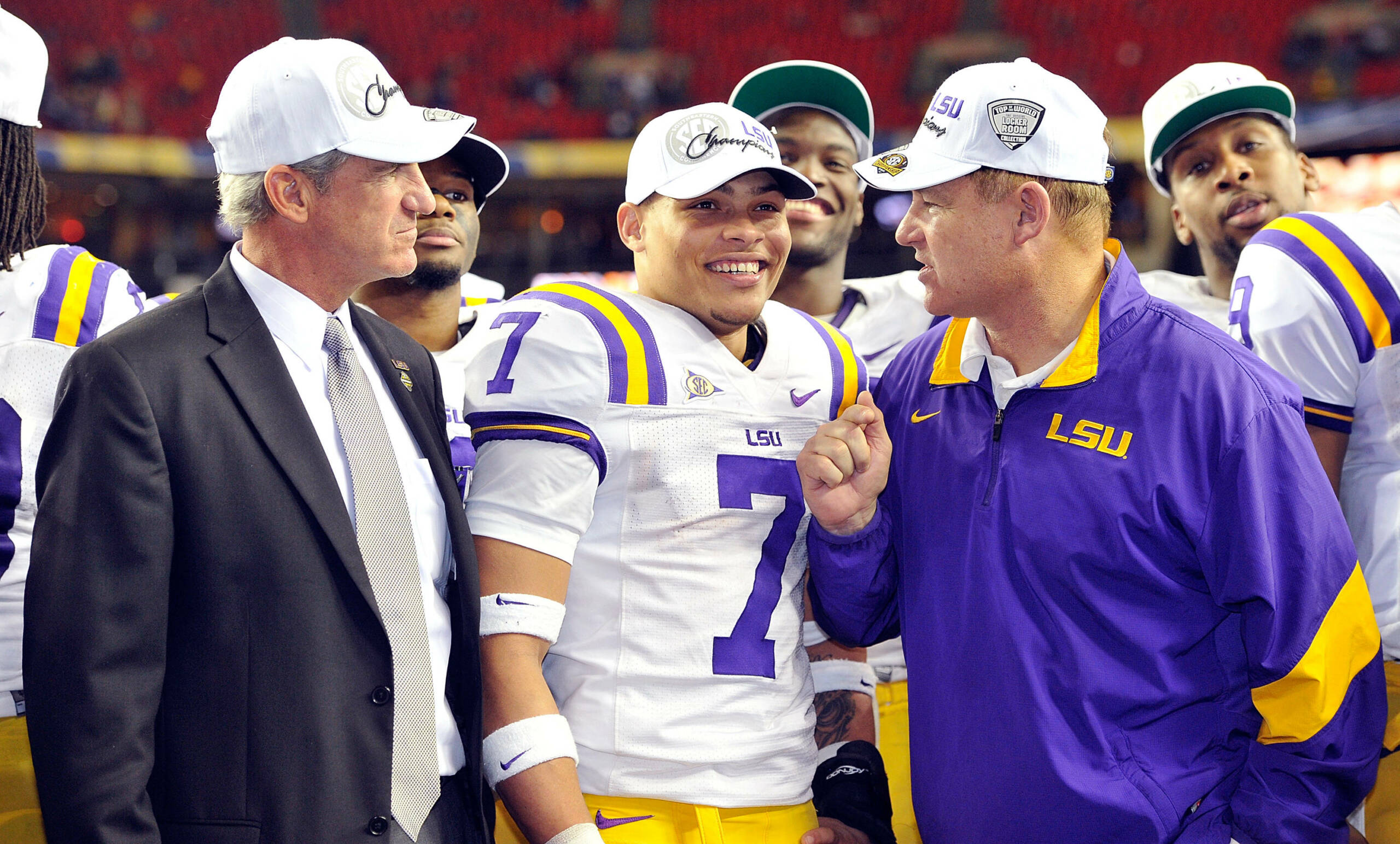 Award winning Les Miles of the top-ranked, undefeated LSU Tigers was the choice of the 28 voters for state Coach of the Year.

The ballot for voting was put together by the state sports information directors from football schools based on play through the end of the regular season (Dec. 3) and the ballot was submitted to a panel of LSWA members. Under new rules this year, sports information directors could not vote for their own players, but also had to cast a vote if they nominated players. Media members could vote for any players they wished.

Gauthier, who helped lead the Cajuns to their first bowl in over 40 years and a rallying victory in the R&L Carriers New Orleans Bowl, threw for 2,4,88 yards and 20 touchdowns despite playing in only nine full games for Louisiana-Lafayette. The junior from Paulina, La., led the Sun Belt Conference in touchdown passes and was the most efficient passer in the league with a rating of 150.33, while completing only 63.2 percent of his passes.

Mathieu of LSU had a stellar season that earned him SEC Defensive Player of the Year and he finished fifth in the Heisman Trophy voting. The Bednarik Award is for the nation’s top defensive player and he showed it by leading the nation in fumbles recovered and the sophomore from New Orleans was also second in the nation in forced fumbles. He also made the state first team as return specialist topped by punt returns for touchdowns against Arkansas and in the SEC Championship game against Georgia.

Wing earned his freshman honors as the LSU punter and the native of Melbourne, Australia, averaged 44. 1 yards a kick with a long of 73 in the Alabama game. He had a total of 23 punts downed inside the 20-yard line and 18 punts of 50 yards of more. Wing allowed just six total punt return yards all season.

A first-team receiver section as well, Patton joined the Tech team and caught 74 passes for 1,135 yards and 10 touchdowns. The first-team All-Western Athletic Conference selection had five 100-plus receiving yard games. Patton had five receptions for 115 yards in the fourth quarter alone as Tech rallied from 17 down in the final 13 minutes to win 24-20 over Nevada.

Miles won coaching honors in a year when LSU, Louisiana-Lafayette and Louisiana Tech would all go to bowl games. LSU was a perfect 13-0 in 2011 and the No.1 team in the nation in 11 straight polls. Miles led the Tigers to wins over a school-record eight games vs. Top 25 teams and earned the nod as the Liberty Mutual, Home Depot and AP Coach of the Year. LSU will meet Alabama in the BCS National Championship Game at the Mercedes-Benz Superdome on Jan. 9.

Also winning a national award in the state this year is first team punter Ryan Allen of Louisiana Tech, who was named the Ray Guy Award winner. Allen, who averaged 46.3 yards per punt, was first in the nation in punts inside the 20 (37) and punts inside the 10 (20). The junior’s punting average was third in the country.

First-team defensive back from LSU, Morris Claiborne of Shreveport, captured the Thorpe Award as the nation’s top defensive back. The junior picked off six passes and led the nation in interception return yardage with 173.

Joining Gautier and Patton on the first-team offense were linemen: Sanford Banks of Grambling, Will Blackwell and Alex Hurst of LSU, and, Kris Cavitt and Stephen Warner of Louisiana Tech. The tight end was LaDarius Green of Louisiana-Lafayette with Reuben Randle of LSU joining Patton at wide receiver. Orleans Darkwa of Tulane and Spencer Ware of LSU got the voting nod at running back.

On the special teams along with punter Allen and return specialist Mathieu was placekicker Drew Alleman of LSU.