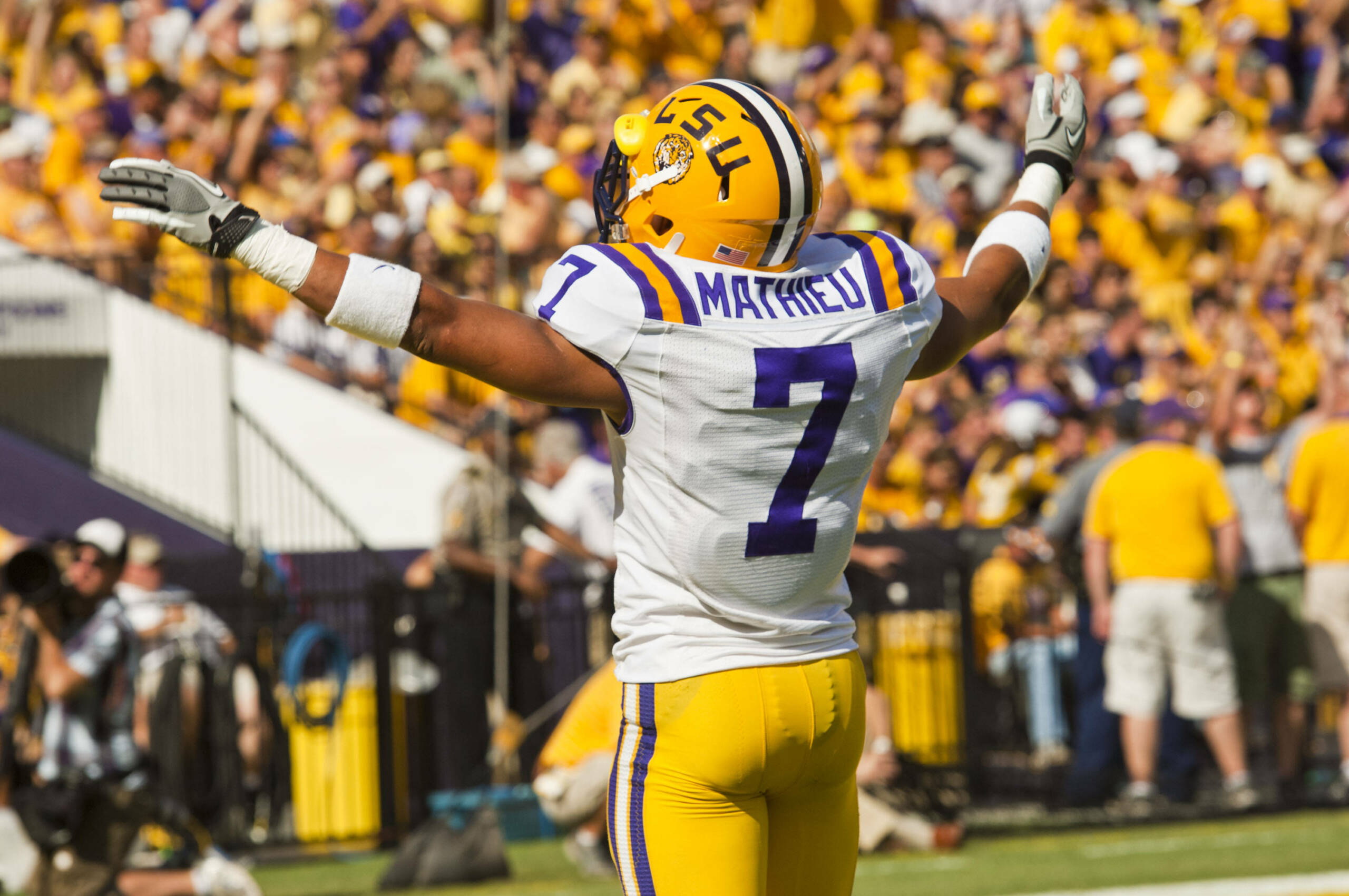 BATON ROUGE – LSU defensive back Tyrann Mathieu has been named the Walter Camp National Defensive Player of the Week for his performance in the Tigers’ 41-17 win over third-ranked Arkansas on Friday.

Mathieu led an LSU defense that held the SEC’s most powerful offense to only 10 points and 254 total yards. Arkansas went into the game averaging 39 points and 463 total yards per game.

Against Arkansas, Mathieu moved from his normal cornerback position to safety where he filled in for an injured Eric Reid. In his first career start at that position, Mathieu responded by leading the Tigers with eight tackles, two forced fumbles and a fumble recovery.

In addition to his defensive play against Arkansas, Mathieu returned a punt 92 yards for a touchdown in the second quarter that tied the game at 14-14.

For the year, Mathieu leads the Tigers with 66 tackles to go along with 5.5 tackles for loss, 1.5 sacks, two interceptions, seven pass breakups, six forced fumbles and four fumble recoveries.

Mathieu and the rest of the Tigers return to action on Saturday when they travel to Atlanta to face Georgia in the SEC Championship Game. Kickoff is set for 3 p.m. CT on CBS.