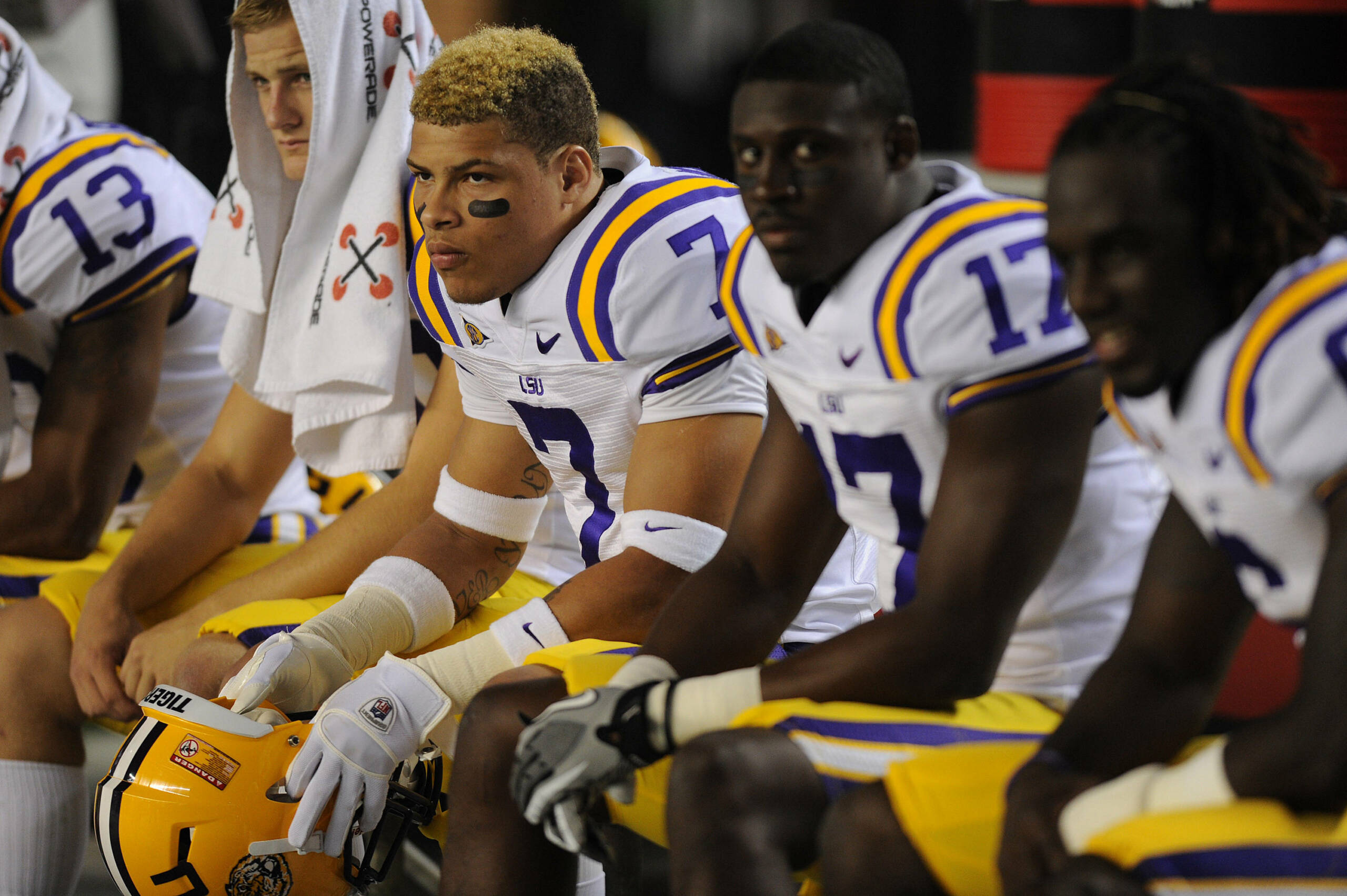 BATON ROUGE – LSU defensive back Tyrann Mathieu has been named one of three finalists for the Chuck Bednarik Award, which goes to college football’s most outstanding defensive player, the Maxwell Football Club announced on Monday.

Mathieu has played a key role for the top-ranked and undefeated Tigers this year. LSU’s defense goes into the Arkansas game ranked second in the nation in three categories – total defense (247.91 yards per game), scoring (10.0 points per game) and pass efficiency (92.33 rating). LSU is also No. 3 nationally in rush defense (89.64 yards per game) and No. 5 in pass defense (158.27 yards per game).

In 10 games, Mathieu ranks second on the team with 58 tackles to go with 5.5 tackles for loss and 1.5 sacks. He also has two interceptions, seven pass breakups, four forced fumbles and three fumble recoveries.

Last year, LSU’s Patrick Peterson claimed the Bednarik Trophy on his way to becoming a consensus All-America and the fifth overall pick in the 2011 NFL Draft.

The winner of the 17th Chuck Bednarik Award will be announced as part of the ESPN Home Depot College Football Awards Show on December 8, 2011. The formal presentation of these awards will be made at the Maxwell Football Club’s Awards Dinner on Friday, March 2, 2012 at the Harrah’s Entertainment Complex in Atlantic City, New Jersey.