Mathieu Named Thorpe Defensive Back of the Week 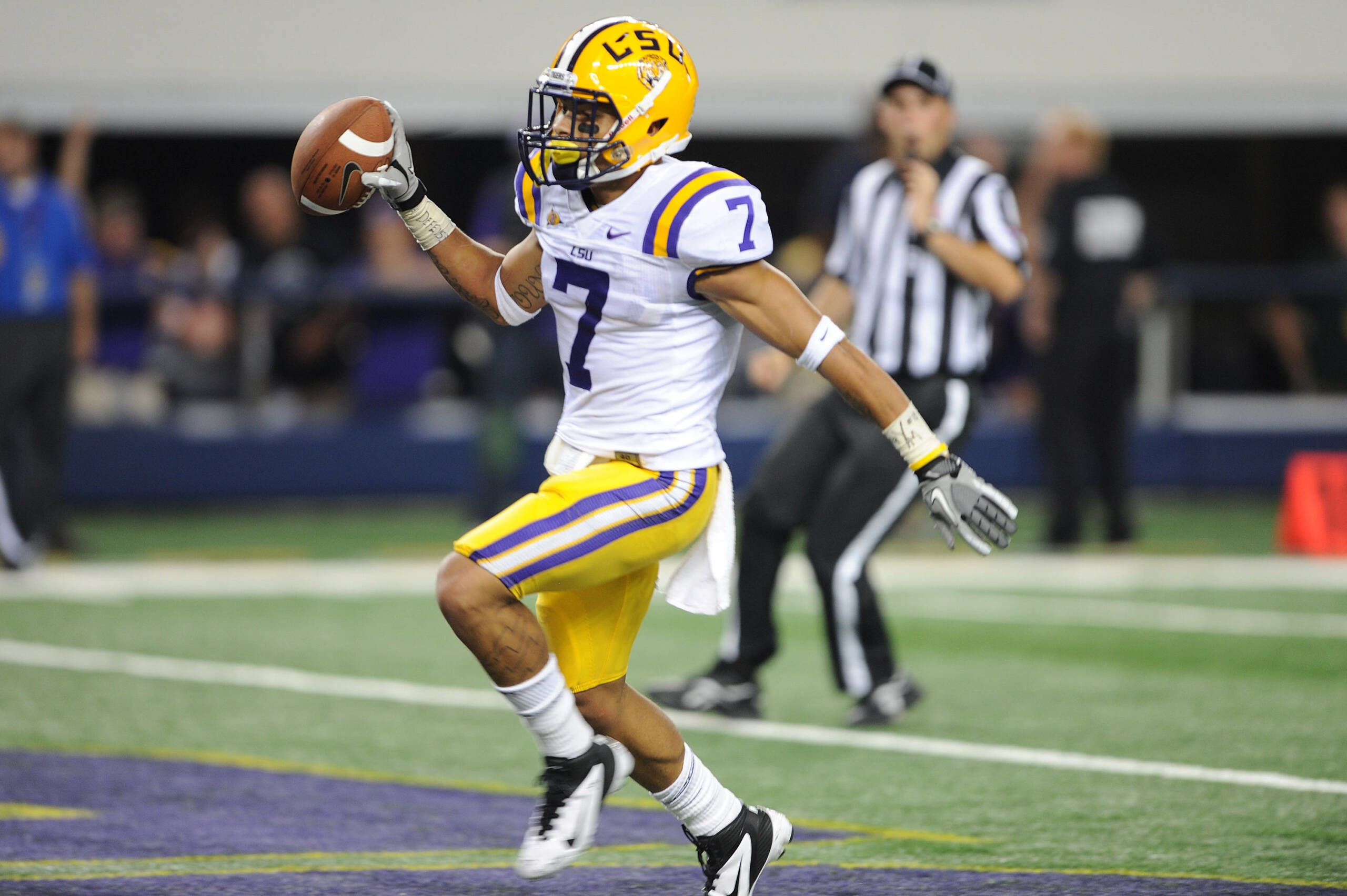 BATON ROUGE – LSU defensive back Tyrann Mathieu added to his list of awards on Wednesday as the sophomore was named the Jim Thorpe Defensive Back of the Week for his performance in the Tigers’ 40-27 win over third-ranked Oregon.

Earlier this week, Mathieu picked up defensive player of the week honors from both the Southeastern Conference and the Louisiana Sports Writer’s Association.

Mathieu, a New Orleans native, had another outstanding all-around game for the Tigers with team-high 10 tackles, one forced fumble, two pass breakups and a tackle for a loss. It was just the second start of Mathieu’s career.

Mathieu also scored LSU’s first touchdown of the game when he both stripped Oregon’s punt returner Kenyon Barner of the ball and then scooped up the fumble and raced three-yards for the score.

Mathieu, who is listed at 5-feet-9, 180 pounds, was at times the smallest player on the field. He played every defensive snap (82 plays) for the Tigers as LSU’s defense limited Oregon to just 335 total yards, including only 95 on the ground. LSU also held Oregon All-America running back LaMichael James to only 54 yards on 18 carries.

In 14 career games with the Tigers, Mathieu ranks second in school history with six forced fumbles. He’s also forced at least one turnover in six of the 14 games in his LSU career.