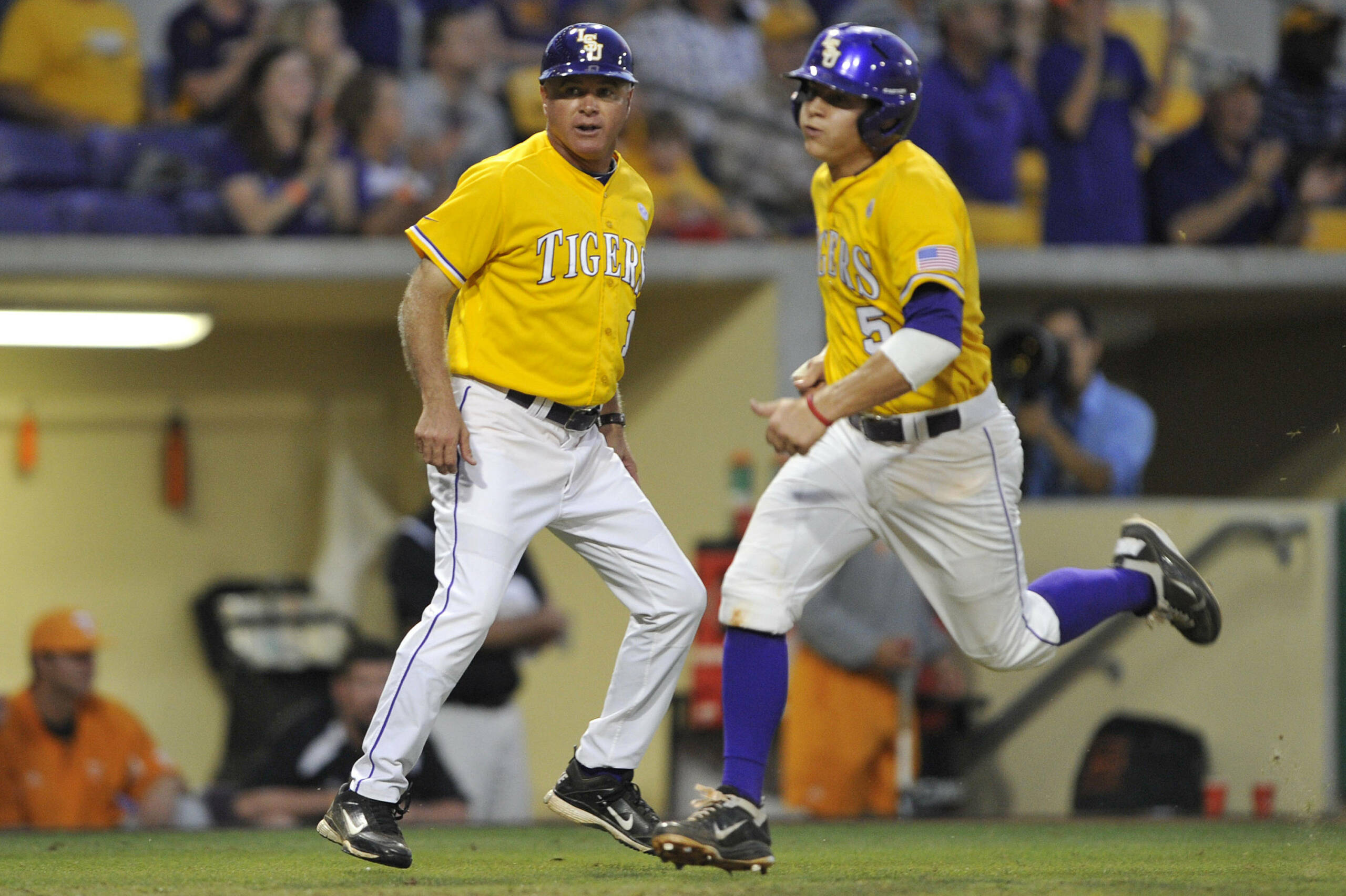 BATON ROUGE, La. – Ryan Eades and Mason Katz of LSU have been selected to play in the 49th-annual Cape Cod Baseball League All-Star Game at 7 p.m. ET on  Friday, July 29 at Fenway Park in Boston.

For the third straight season, the top college baseball players in the country will be showcasing their talent at Fenway, the most historic and recognizable ballpark in the world.

Eades, a sophomore right-hander from Slidell, La., will be the starting pitcher for the West squad in the All-Star Game. Eades, pitching this summer for the Bourne (Mass.) Braves, is second in the Cape Cod League with a 0.86 ERA. Eades has a 3-0 mark, recording seven walks and 22 strikeouts in 31.1 innings.

Katz, a junior outfielder/first baseman from Harahan, La., will represent the Yarmouth-Dennis (Mass.) Red Sox on the East All-Star team. Katz, a 2011 second-team all-SEC selection, is hitting .282 (31-for-110) this summer in the wooden-bat league with nine doubles, one triple, three homers and 16 RBI.

The CCL All-star Game will be also be broadcast on WCAI, the Cape and Islands NPR station, with former major league announcer Jerry Trupiano and John Garner of the CCL providing commentary.

Tickets are general admission and priced at only $10. To purchase tickets, fans can log on to www.redsox.com/capecod or call (877) REDSOX-9. Fans with disabilities may call (877) REDSOX-9 to purchase accessible seating (while supplies last). The Red Sox’ TTY number for hearing-impaired fans is (617) 226-6644.

The Cape League, founded in 1885, is celebrating its 127th season. The league traces its roots to July 4, 1885, when a “base ball” game was played in Sandwich between teams representing Sandwich and Barnstable (proclaimed on a poster in the Hall of Fame in Cooperstown). The league’s so-called “modern era” began in 1963 with the merger of the former Upper Cape and Lower Cape leagues and the appointment of Daniel J. Silva as commissioner.