'Superfest' Returns to Tiger Stadium in 2012 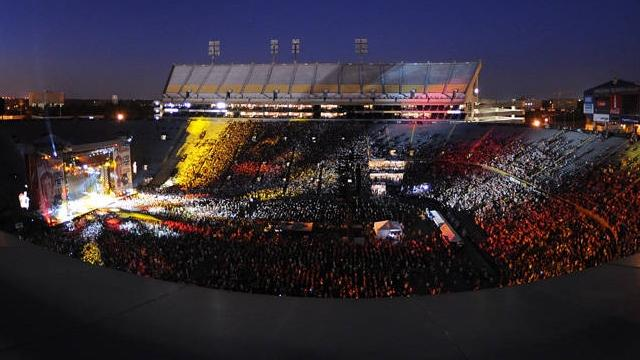 BATON ROUGE — Organizers today announced that the 2012 Bayou Country Superfest will be held Saturday and Sunday, May 26 and 27 at LSU’s Tiger Stadium in Baton Rouge.  The two-day country music spectacular has become a Memorial Day Weekend tradition featuring some of the biggest names in country music and drawing over 75,000 fans from all over the country.

The performers appearing at the 2012 Superfest will be released in the coming months and patrons are encouraged to visit www.BayouCountrySuperfest.com and become a Facebook fan to receive up-to-the-minute talent and ticket information and other Bayou Country Superfest announcements.