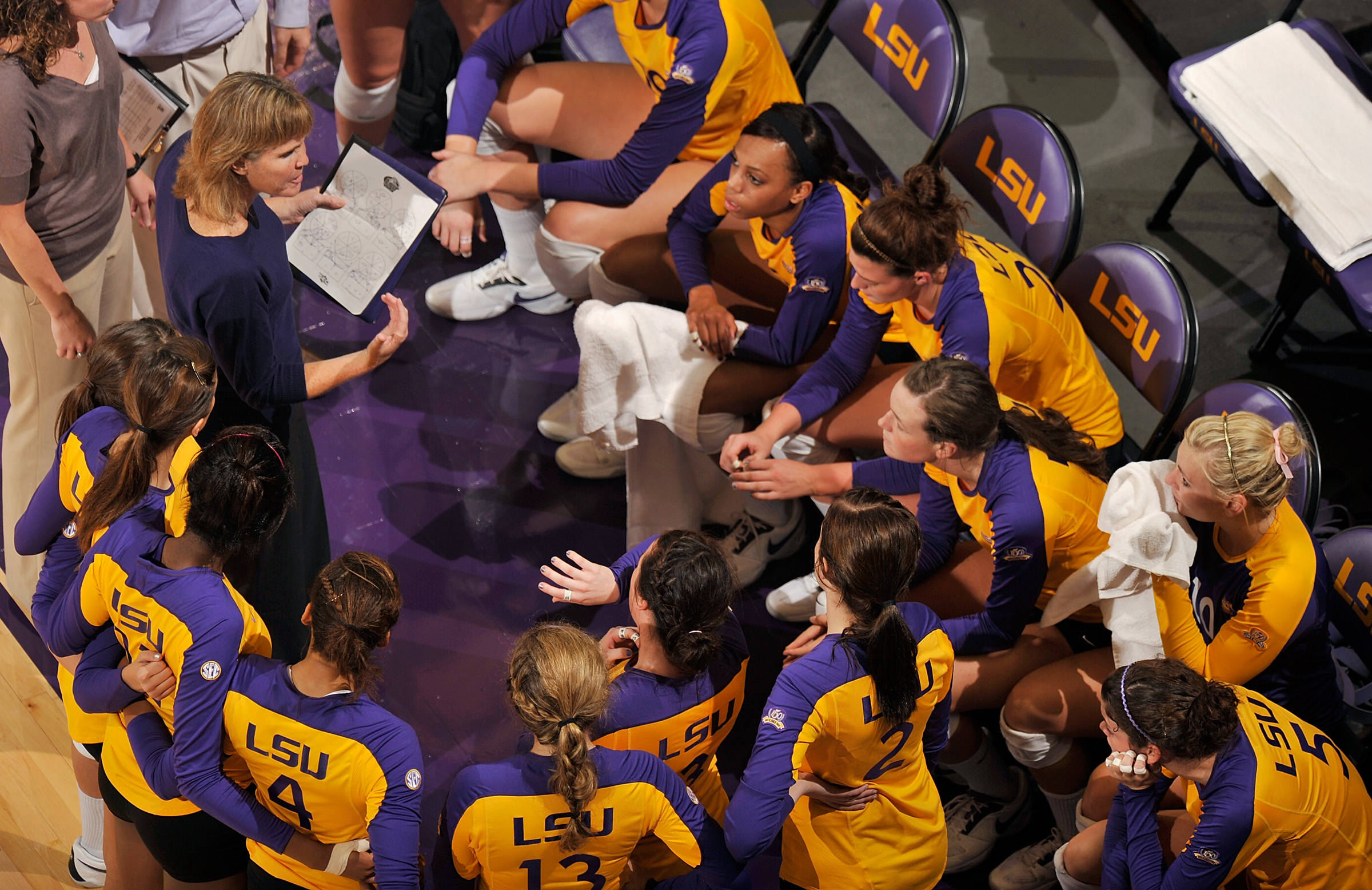 BIRMINGHAM, Ala. – The LSU volleyball team will be featured on ESPNU for a third straight season when the Tigers head to Arkansas on October 26 as announced Monday by the SEC office.

The Tigers will be making their fourth appearance on the network since 2009 as part of the SEC on ESPN television agreement. LSU has won two of its three previous ESPNU contests highlighted by a 3-0 sweep of No. 6 Florida en route to the 2009 SEC championship.

“We’re extremely excited and honored to once again be able to showcase LSU volleyball to a national audience,” head coach Fran Flory said. “ESPNU does a wonderful job of covering SEC volleyball. Our players are always proud to represent LSU and the state of Louisiana on television.”

ESPNU is a 24-hour college sports television network that airs more than 650 live events annually and offers over 600 original studio shows. ESPNU has seen a steady increase since its inception on March 4, 2005 and is now in over 73 million households.

LSU’s remaining television schedule will be released at a later date.  The Tigers head into the 2011 campaign as one of only 18 programs nationally to qualify for the last six NCAA Tournaments.

Below is the complete SEC on ESPN volleyball schedule.