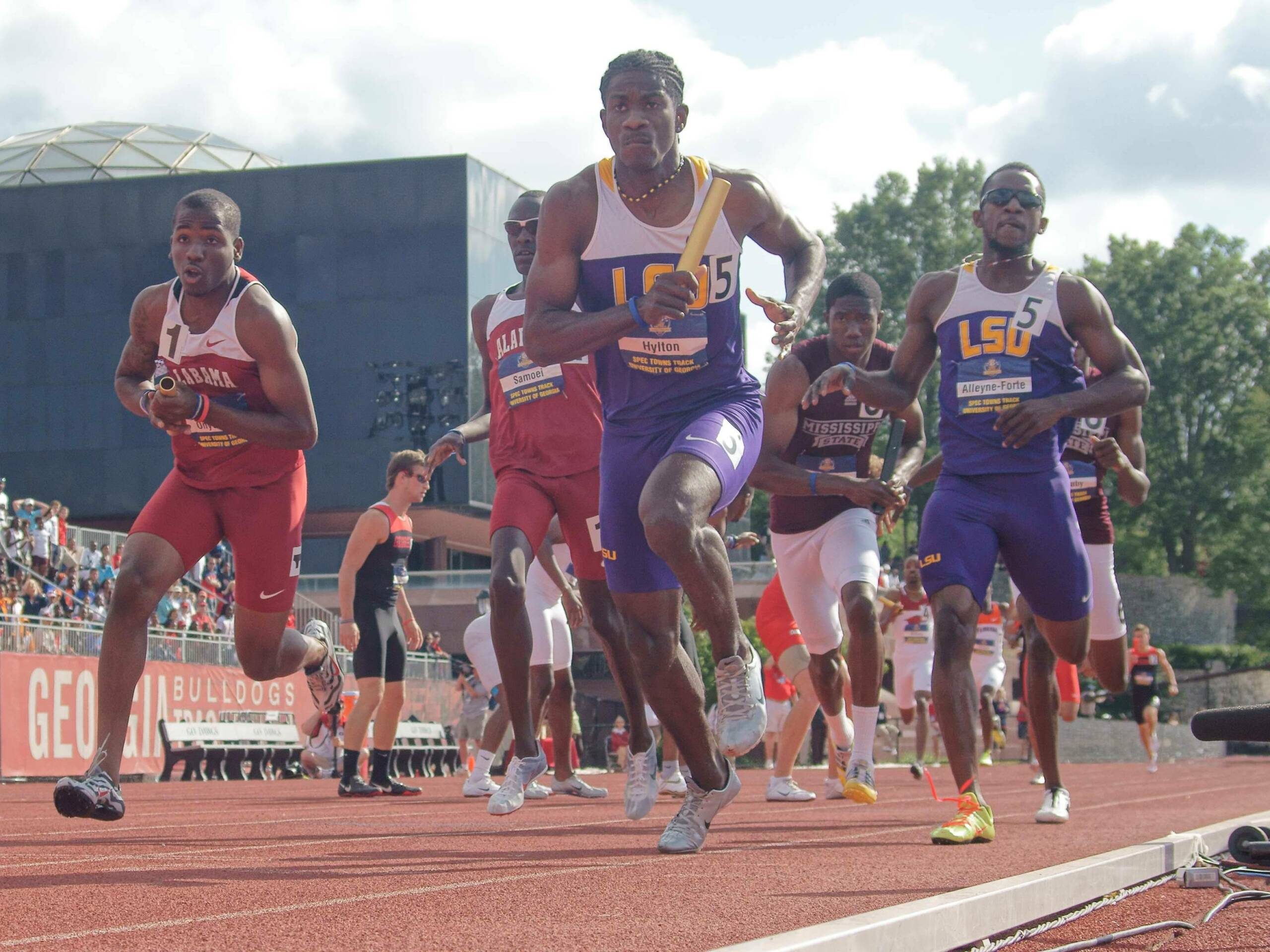 MAYAGUEZ, Puerto Rico – Junior Riker Hylton wrapped up an impressive weekend for the LSU track and field program at the 23rd Central American & Caribbean Senior Championships by leading Jamaica to a bronze medal finish in the men’s 4×400-meter relay during Sunday’s finale at the La Pedrera.

Hylton, who just missed a spot on the medal stand with a fourth-place finish in the 400-meter final Friday night, ran the second leg on Jamaica’s 4×400-meter relay that placed third in the final event of the meet.

While teaming with Dwight Mullings, Dawayne Barrett and Leford Green, Jamaica captured the bronze at 3 minutes, 2 seconds to finish behind only The Bahamas (3:01.33) and Trinidad & Tobago (3:01.65).

LSU athletes captured a total of five medals in three days of competition at this year’s championship with junior Semoy Hackett winning a pair of gold medals for Trinidad & Tobago in the 100 meters and 4×100-meter relay, sophomore Damar Forbes capturing the silver medal in the men’s long jump for Jamaica and Tiger alum Claston Bernard taking the silver medal back home to Jamaica in the men’s decathlon.

Lady Tiger alum Neisha Bernard-Thomas just missed out on a medal for Grenada with her fourth place in the final of the women’s 800-meter run on Sunday afternoon. After qualifying for Sunday’s 800 final with the fastest time of Saturday’s qualifier at 2:05.54, the two-time CAC Championships gold medalist posted a time of 2:03.56 to finish just over two seconds behind this year’s champion.

Also representing The Bahamas as part of this year’s CAC Championships was Lady Tiger great Laverne Eve. The 1987 NCAA javelin champion and four-time CAC Championships gold medalist earned herself a fifth-place finish in the event on Sunday afternoon with a series-best throw of 165-5.