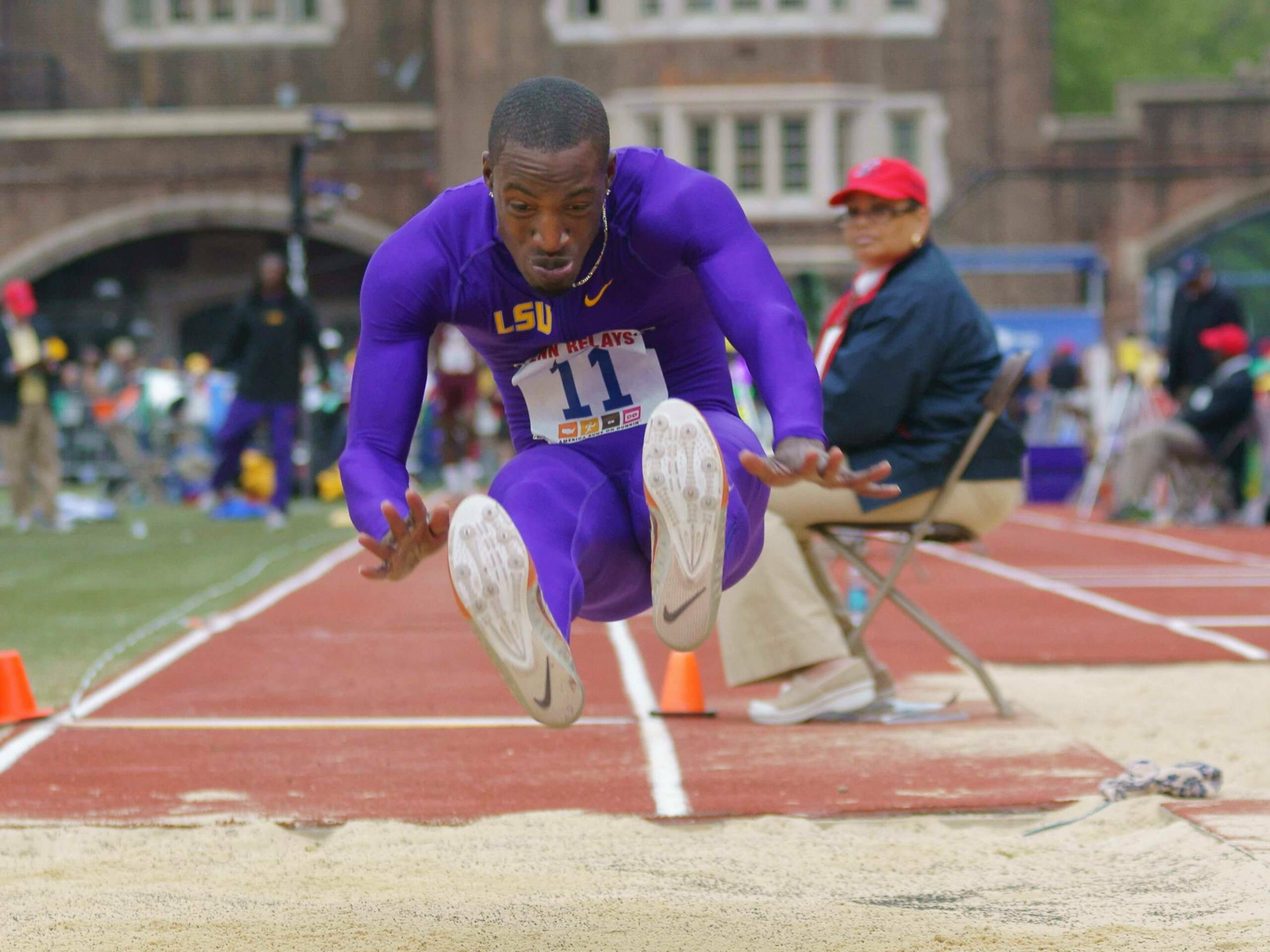 While Hackett anchored Trinidad & Tobago to a gold medal in the women’s 4×100-meter relay, a pair of Tigers won silver medals for Team Jamaica as sophomore Damar Forbes placed second in the men’s long jump and Tiger alum Claston Bernard finished runner-up in the men’s decathlon.

Hackett was the only LSU athlete to line up in a championship final Saturday as the anchor of Trinidad’s 4×100-meter relay team that also featured Magnolia Howell, Michelle-Lee Ayhe and Ayanna Hutchinson.

And the quartet struck gold with its winning time of 43.47 seconds finishing well ahead of the 43.63 from the silver-medal winning team from Jamaica. The Bahamas took home the relay bronze with a third-place time of 43.74. With Hackett running anchor, Trinidad & Tobago improved from their bronze medal effort at the 2009 CAC Championships in the event held in Cuba.

Hackett actually took home her second gold medal in as many days as she was also crowned champion of the women’s 100-meter dash on Friday night with her winning time of 11.27.

While Hackett captured her second gold medal of the weekend, Forbes was competing in a long jump that was delayed for more than two hours due to heavy thunderstorms in the area.

Forbes opened with a jump of 24 feet, 11 ¼ inches on his first attempt to easily earn one of eight spots for the final, and despite entering the sixth and final round of jumps in fourth place, he improved two spots in the final standings with a series-best wind-legal jump of 25-7 ½ on his last jump to claim the silver medal.

After wrapping up the first day of the men’s decathlon in third place with 3,791 points through five events on Friday, Bernard totaled 3,508 points on Saturday to move up one spot in the standings and take home a silver medal for Jamaica with his two-day, 10-event total of 7,299 points.

In addition, Lady Tiger alum Neisha Bernard-Thomas earned a spot in Sunday’s final of the women’s 800 meters after running the fastest time of Saturday’s qualifying round at 2 minutes, 5.54 seconds. She ended nearly three tenths of a second ahead of Jamaica’s Natoya Goule (2:05.83) in the first heat.

Bernard-Thomas will be running for her third career CAC Championships gold medal, as she was also the meet’s 800-meter gold medalist during the 2003 and 2005 seasons.