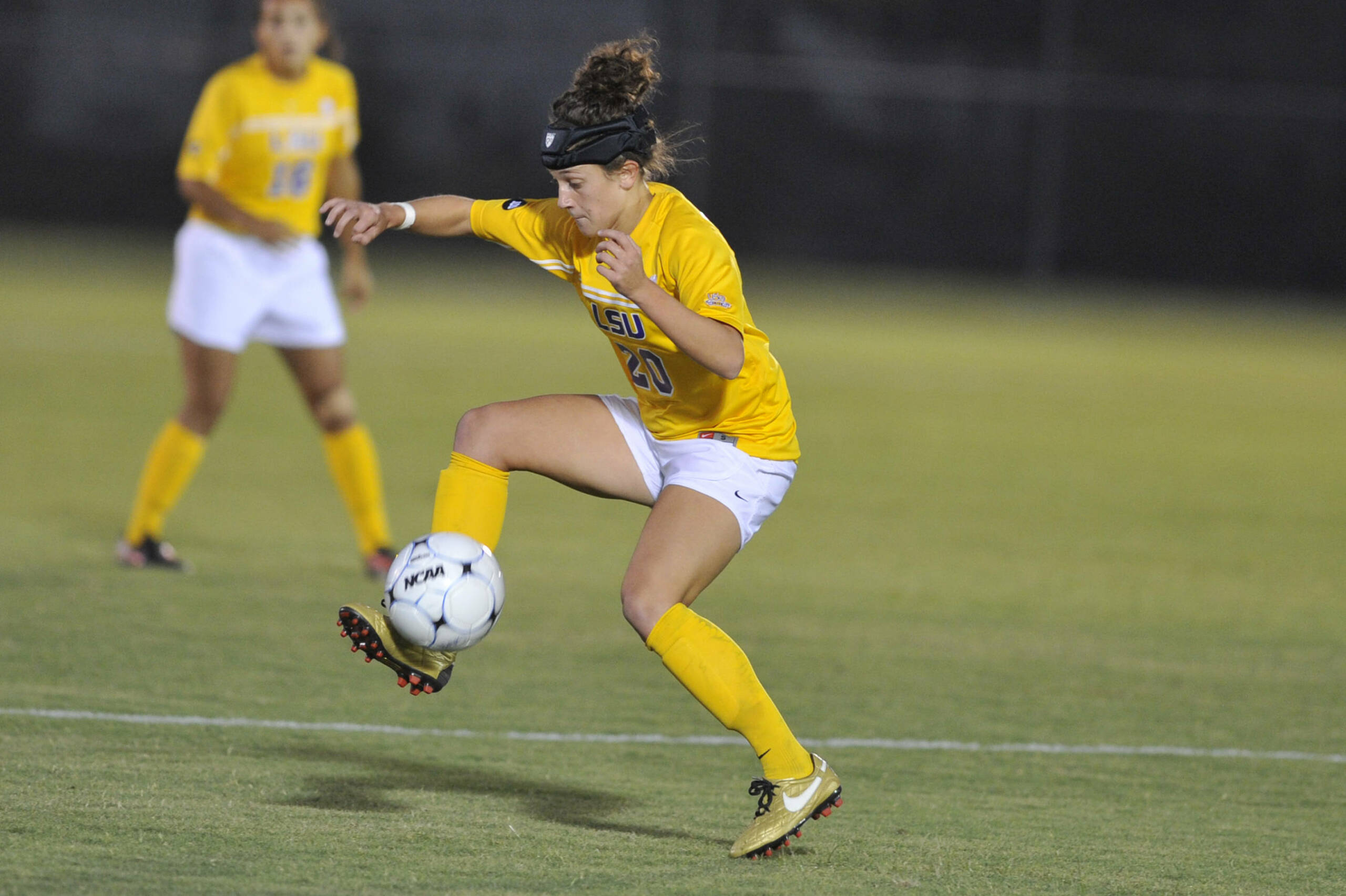 The LSU soccer team topped the list with six athletes represented, including defensive standouts Alex Ramsey and Emily Cancienne. Both Ramsey and Cancienne started all 21 games for the Tigers during their freshman campaigns and helped bolster one of the premier defensive units in the SEC. The LSU defense finished the season with a 0.72 goals against average while tying the school’s single-season record by allowing just 16 goals in 21 matches.

Softball’s Simone Heyward, an All-SEC Freshman and All-Louisiana Second-Team selection, was one of three softball freshmen to make the list. The sociology major spent her first 34 games of the season with over a .300 batting average before finishing the 2011 season with a team-high .294 clip. She also scored a team-best 39 runs and her 23 stolen bases were sixth in the SEC.

The women’s swimming and diving team also placed a trio of athletes, topped by Mobile, Ala., native Parker Glass, who recorded a personal best and program top-10 time in the 200-yard backstroke at the 2011 SEC Championships.

Three women’s track and field first-years were tabbed by the SEC, highlighted by All-American hurdler Jasmin Stowers. In her first conference meet, Stowers became the seventh Lady Tiger to win the SEC Indoor title in the 60-meter hurdles. The nutritional sciences major then became the 10th Lady Tiger to win the SEC Outdoor crown in the 100-meter hurdles, which helped propel the squad to its 24th SEC championship in school history.

Safety Eric Reid was one of two football freshmen to make the list. Reid saw action in 12 games for the Tigers last season, and recorded the first interception of his career against Arkansas. The Geismar, La., product stepped in for an injured Brandon Taylor to record six tackles and one tackle-for-loss in the Tigers’ 24-21 win over then-fifth-ranked Alabama.

NCAA Division I Women’s Golf Champion Austin Ernst also earned the honor. Ernst, who is majoring in business, became the first LSU women’s golfer in the 32-year history of the program to win the NCAA Division I National Championship, firing a final round of 6-under 66 to win the championship by three shots at The Traditions Club in Bryan, Texas.

A total of 631 student-athletes from all 12 conference schools were named to the 2011 SEC First-Year Academic Honor Roll.

The 2011 SEC First-Year Academic Honor Roll is based on grades from the 2010-11 academic calendar.

A total of 2,584 student-athletes around the league earned Academic Honor Roll recognition in 2010-11.