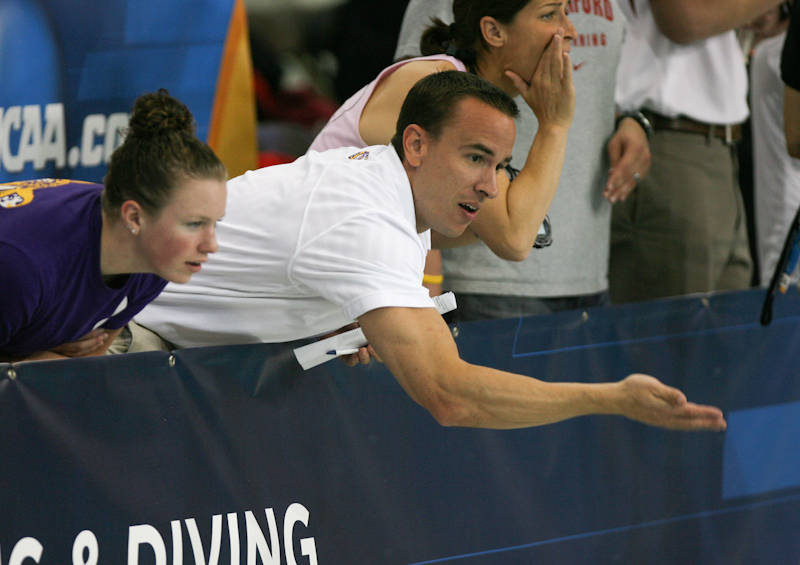 Mellor will focus on international recruiting and will work closely with middle distance and stroke swimmers.

Mellor served the past two and a half seasons focusing on middle and long distances as a graduate assistant at NC State. He was given the opportunity to join the coaching ranks by former Wolfpack head coach Brooks Teal.

Mellor also served as head coach of the NC State club team, Wolfpack Aquatics, from 2010-2011 after being assistant coach in 2009.

“We are excited to have Steve join our program,” Co-Head Coach Dave Geyer said. “He came highly recommended from coaches and former athletes across the country. Our whole staff feels that he is an up and coming assistant that will bring even greater enthusiasm and passion to our pool deck.”

One of Mellor’s top swimmers, Mason McGee, achieved two top-8 performances at US Nationals in 2009.

Mellor achieved All-ACC Honors three times during his career (2007-2009) and was an eight-time ACC points scorer. He was a three-time NCAA qualifier and earned First-Team All-America Honors in the 200 backstroke.

Mellor holds three NC State records in the 200 back and the 200 and 400 Individual Medley. He also served as team captain for three seasons.

The Chester England native’s international career began with a selection to the British Senior Team in 2005 for the Mare Nostrum Grand Prix Tour as well as another selection to the team in 2007.  He won one senior medal and three national junior medals during his career.