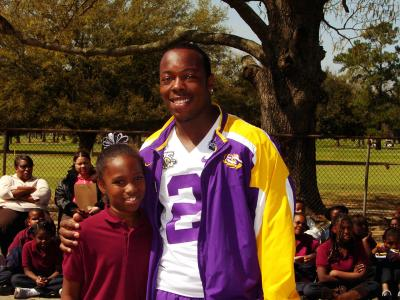 BATON ROUGE – Former LSU running back Orlando Gunn was named one of 10 finalists for the 2010-11 John McLendon Postgraduate Scholarship on Thursday.

The award is presented by the National Association of Collegiate Directors of Athletics (NACDA) annually to senior-level minority students who intend to pursue a graduate degree in athletics administration. The winners of the award each receive a $10,000 scholarship to be used towards their postgraduate studies in athletic administration.

Gunn, a native of Harker Hights, Texas, was well known during his tenure at LSU for his outstanding commitment to service in the Baton Rouge community.

NACDA is a professional and educational association for more than 6,500 college athletics administrators at more than 1,600 institutions throughout the United States, Canada, and Mexico.