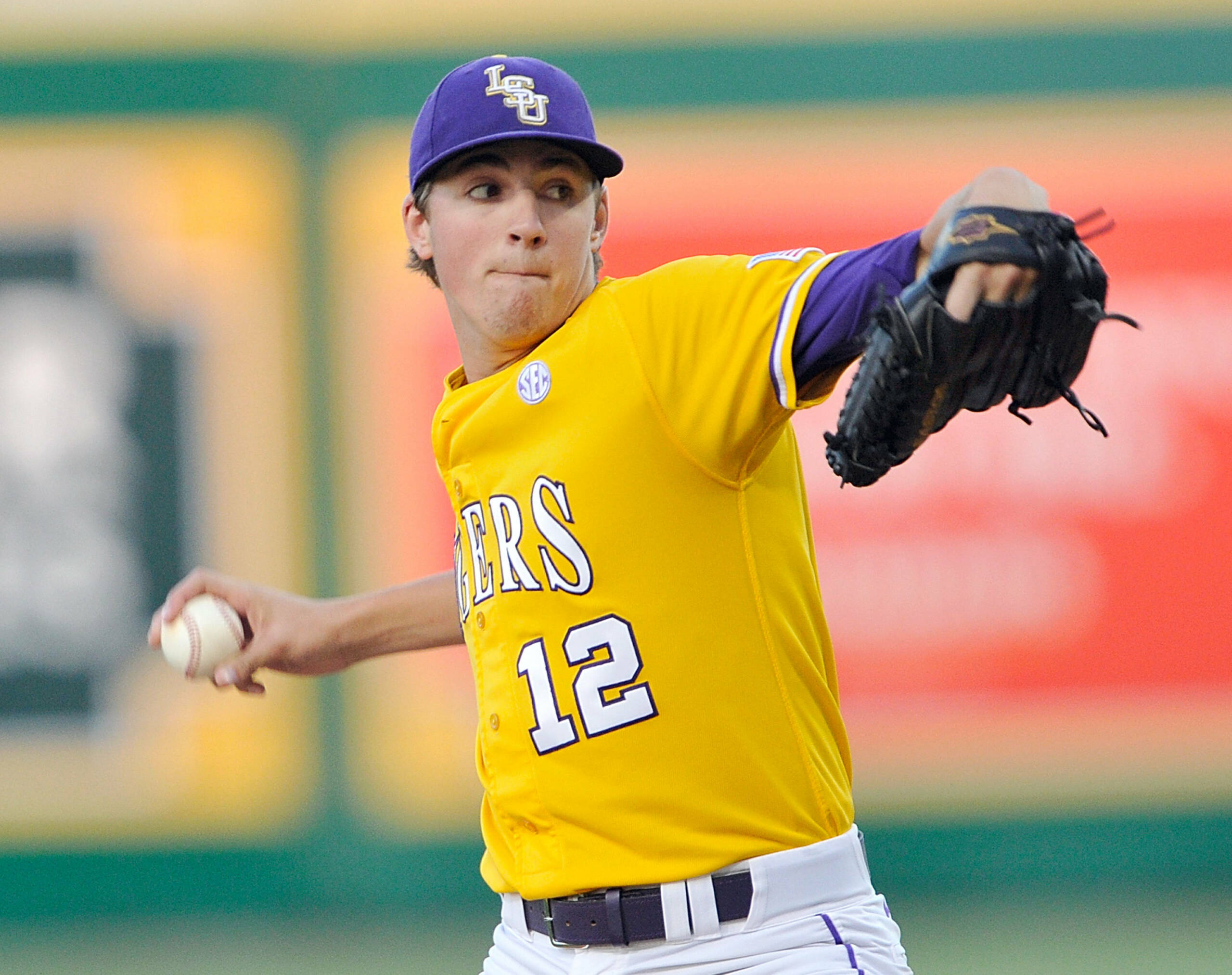 CARY, N.C. – The USA Baseball Collegiate National Team scored seven runs in the seventh in game one of a doubleheader Tuesday, downing Japan, 8-2, at the National Training Complex Stadium.

The victory gave the U.S. a 2-0 advantage in the five-game series, with the third game scheduled for a 6:05 p.m. ET start Tuesday night at the Durham Bulls Athletic Park.

Team USA sent 12 batters to the plate in the seventh, posting eight hits off three pitchers. The first, starter Takahiro Fujioka, was charged with four of the runs, including three earned, to take the loss.

Kevin Gausman (LSU) worked 5 2/3 innings in a start for Team USA (10-1), and allowed just three hits and a run. He struck out seven and walked one before leaving with a 1-0 deficit in the bottom of the sixth.

Gausman, however, did not figure in the decision after Elder’s single in the top of the seventh that scored Ficociello, tying the game, 1-1.

The win went to Brian Johnson (Florida) who came on in relief of Gausman in the sixth and stranded two Japanese runners to limit Team USA’s deficit to one run.

The U.S. found itself down 1-0 after Japan scored on a triple by Yoshihiro Ikeda in the sixth. That lead, however, lasted very shortly as Dominic Ficociello (Arkansas) doubled and scored on a single by Chris Elder (Oral Roberts) to start the seventh, evening the score at 1-1.

Elder made it 2-1 when he and Matt Reynolds (Arkansas) executed a double steal. Reynolds then scored on a single to left by Erich Weiss (Texas) for the 3-1 lead.

Two Japan (0-2) errors made it 4-1 in favor of the U.S., with Deven Marrero (Arizona State), Tyler Naquin (Texas A&M) and Josh Elander (Texas Christian) capping off the inning with solo RBIs for the six-run lead.

The six-run inning was the second significant seventh inning for Team USA in its two games against Japan. The Collegiate National Team scored five runs in the seventh on Sunday en route to a 7-6 series-opening victory.

Elder, Marrero, Elander and Naquin all had two hits apiece for Team USA, which tallied 12 on the day. Elder was the lone U.S. batter with two RBIs as he also drove in one on a broken-bat groundout in the ninth for the club’s last run.

Game two Tuesday will be played at 6:05 p.m. ET at the Durham Bulls Athletic Park, with fireworks scheduled for after the game. Live stats and live streaming video will be available for the game; visit usabaseball.com for more information.