by Bill Martin (@LSUBillMartin)
LSU Tigers in the NFL Draft +0 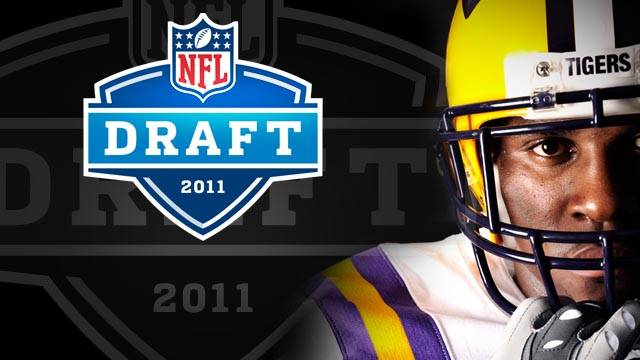 NEW YORK — LSU All-American Patrick Peterson became the highest drafted defensive back in school history on Thursday night as he was selected with the fifth overall pick by the Arizona Cardinals in the 2011 NFL Draft at New York City’s Radio City Music Hall.

“This has been an unbelievable experience and to have my family here and Coach Miles means so much to me,” Peterson said at his post-draft reception. “It was something I waited for my entire life. You work so hard to get to this moment. I’d like to thank Coach Miles and the LSU family who supported me through my college career. Playing in the NFL is a dream come true. I can’t wait to get to Arizona and meet my teammates.”

Peterson joined Tennessee’s Eric Berry (2010) as the highest drafted defensive back in Southeastern Conference history. LaRon Landry was previously the highest LSU defensive back when he went sixth in 2007 to the Washington Redskins. Peterson is also the fifth top-10 pick for LSU under Miles.

The first round of the NFL Draft continues on Thursday night, with the second and third rounds to follow on Friday (5 p.m.), and the final four rounds on Saturday starting at 11 a.m. CT.