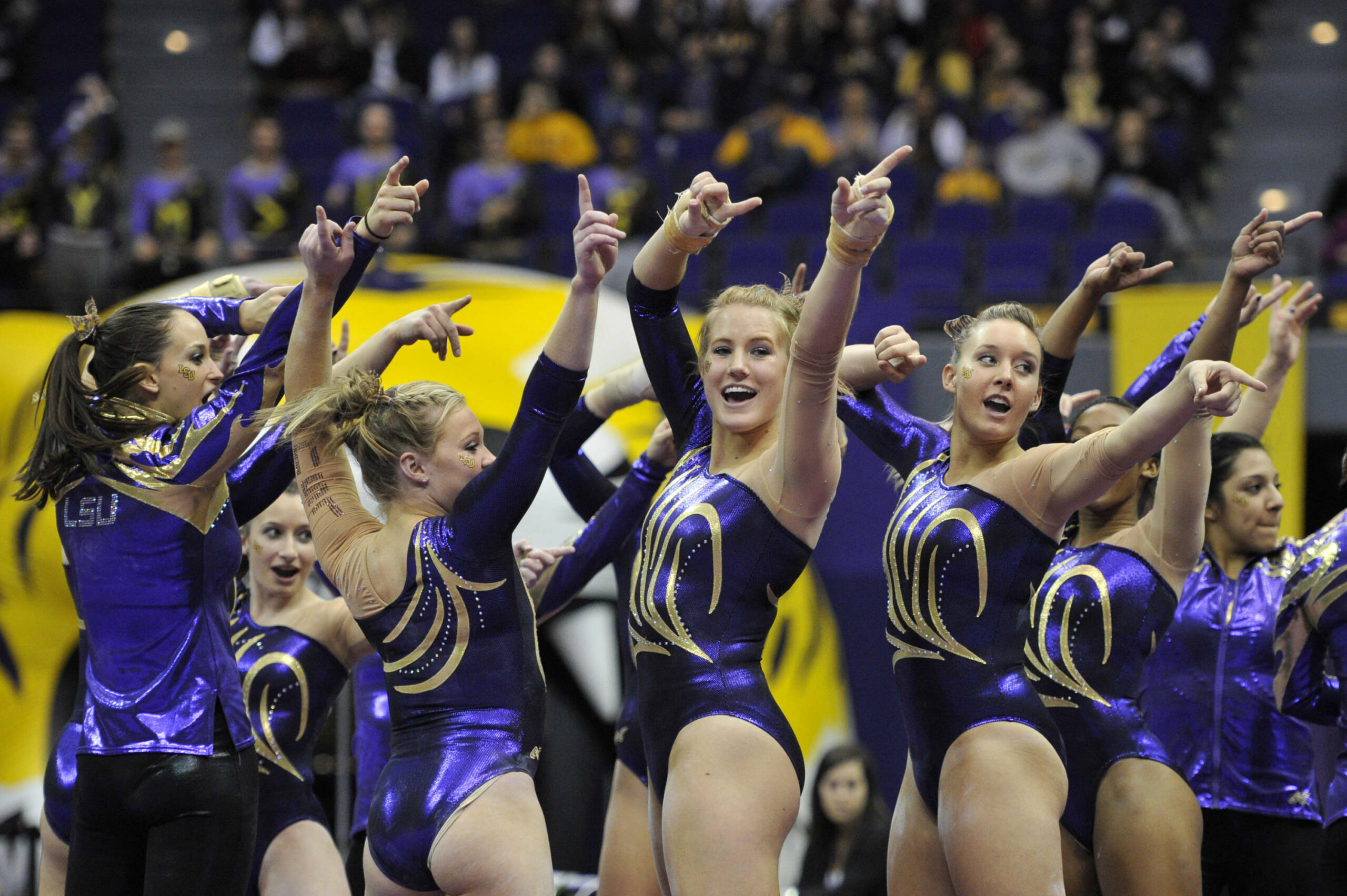 BATON ROUGE – For the eighth consecutive season the LSU gymnastics program ranked among the nation’s top 10 in home attendance figures with a ninth-place finish in 2011, GymInfo released Thursday.

The rankings were based on average home attendance for the season, and LSU averaged 2,990 fans over five meets this year. The figure is more than 200 above last season’s average of 2,787 fans per meet.

Highlighting this season’s home attendance total was the Fourth Annual Etta James Memorial Meet against Georgia when 4,460 fans attended the meet in support of Foundation 56’s fight against breast cancer. The crowd was the fifth-largest in school history, and it also ranked as the ninth highest single-meet attendance mark in the nation in 2011.

The 2012 home schedule has been set as five teams will travel to Baton Rouge, including 2011 national champion Alabama. LSU will take on the Crimson Tide on Feb. 24, and the Tigers will also play host to Southeastern Conference foes Auburn on Jan. 13 and Kentucky on Feb. 3.

The Tigers will face North Carolina State on March 2 and West Virginia on March 16 in a rematch of the 2011 NCAA Athens Regional when LSU defeated both teams.