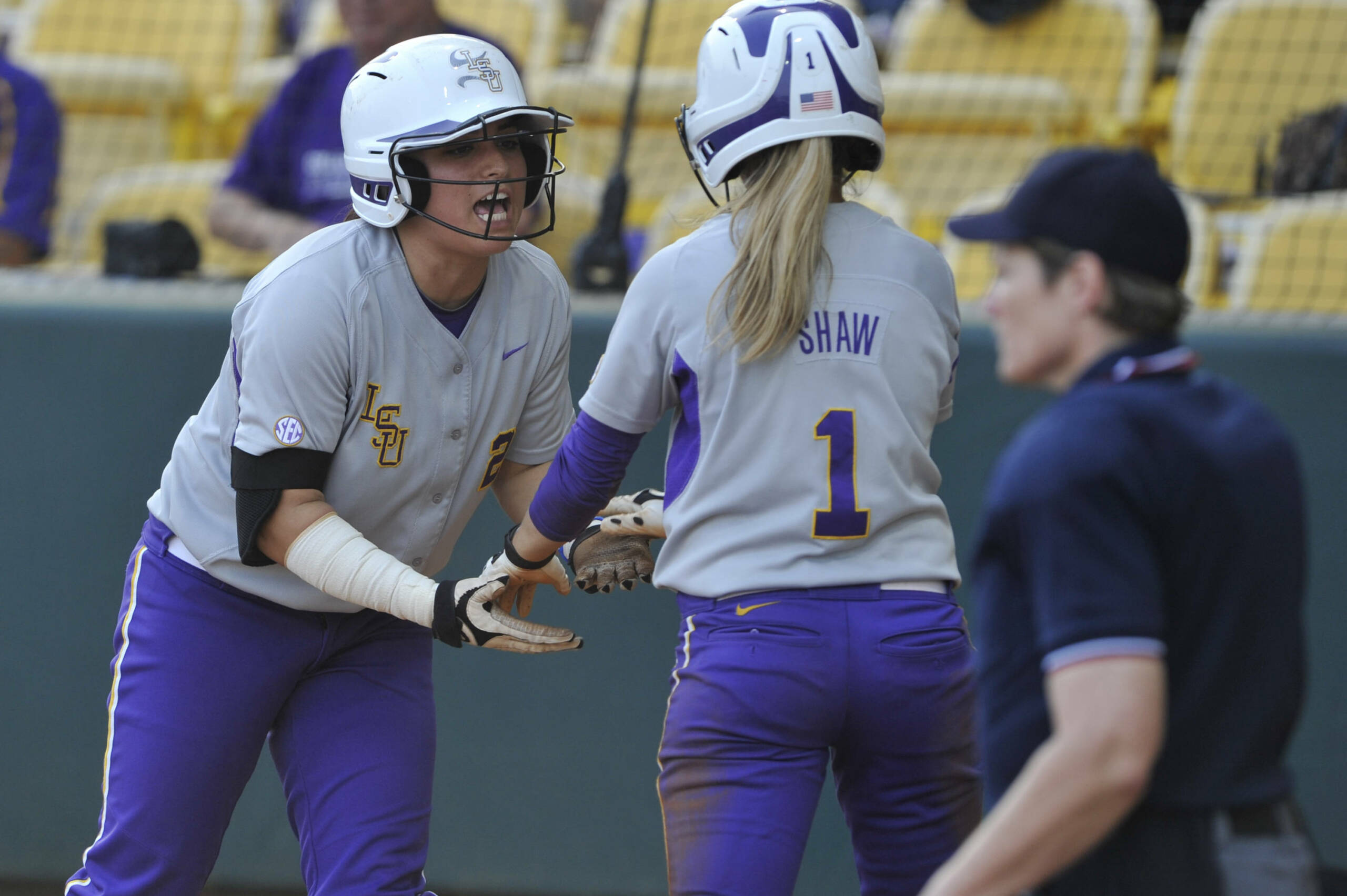 BATON ROUGE – The No. 21 LSU softball team heads into the home stretch of its SEC schedule with a weekend series at Mississippi State. Games time are set for 5 p.m. Friday, 1 p.m. Saturday and 1:30 p.m. on Sunday.

LSU (32-15, 13-9 SEC) has strung together six consecutive victories and are winners of 17 of their last 20 games dating back to March 19. The Tigers have posted a 39-5 all-time record against Mississippi State and have won 14 straight in the series dating back to the 2005 season.

Courtney Nesbit paces the squad with eight home runs and 40 RBIs on a .318 batting average. Ali Bainbridge has connected for a team-best .362 hitting clip and gone 19-for-24 in the stolen base department.

In the circle, Stephanie Becker and Kylie Vry have shouldered the load for the Bulldogs during SEC action. Becker has tallied 46 strikeouts in her 60 innings of work, while Vry has secured four of MSU’s nine SEC victories.

“Mississippi State is a very worthy opponent,” head coach Yvette Girouard said. “I watched them on TV (last weekend against Tennessee) and was very impressed with them. They’re a much better team than last year. We will have to make some adjustments and have some better at bats.”

LSU’s pitching staff has totaled 36.1 scoreless innings en route to five consecutive shutouts. Rachele Fico and Brittany Mack have picked up 13 wins apiece for the season. The duo continues to be ranked among the SEC leaders with 145 and 142 strikeouts, respectively.

Simone Heyward has hit safely in five of her last six games to boost her average to a team-best .286 for the season. She returned to the top of the lineup against Southern Miss and has raced her way to a team-high 20 stolen bases.

Jacee Blades has pieced together a career-long four game hitting streak. She has collected 50 putouts and 19 assists to claim a spotless fielding percentage.

Alex Boulet has created havoc on the bases and has scored a run in five of her last eight appearances. She notched a pair of steals against Southern Miss to bring her season total to 16.

Tiffany Shaw snapped out of a 0-for-18 run at the plate with a RBI single during the second inning of the Southern Miss contest. LSU has won 15 of 17 games when Shaw bats at the bottom of the lineup this season.

Live audio and live stats for all three games of the MSU series will be available in the Geaux Zone on LSUsports.net in addition to being carried live on ESPN 104.5 FM with Patrick Wright and Matt Dunaway calling the action.