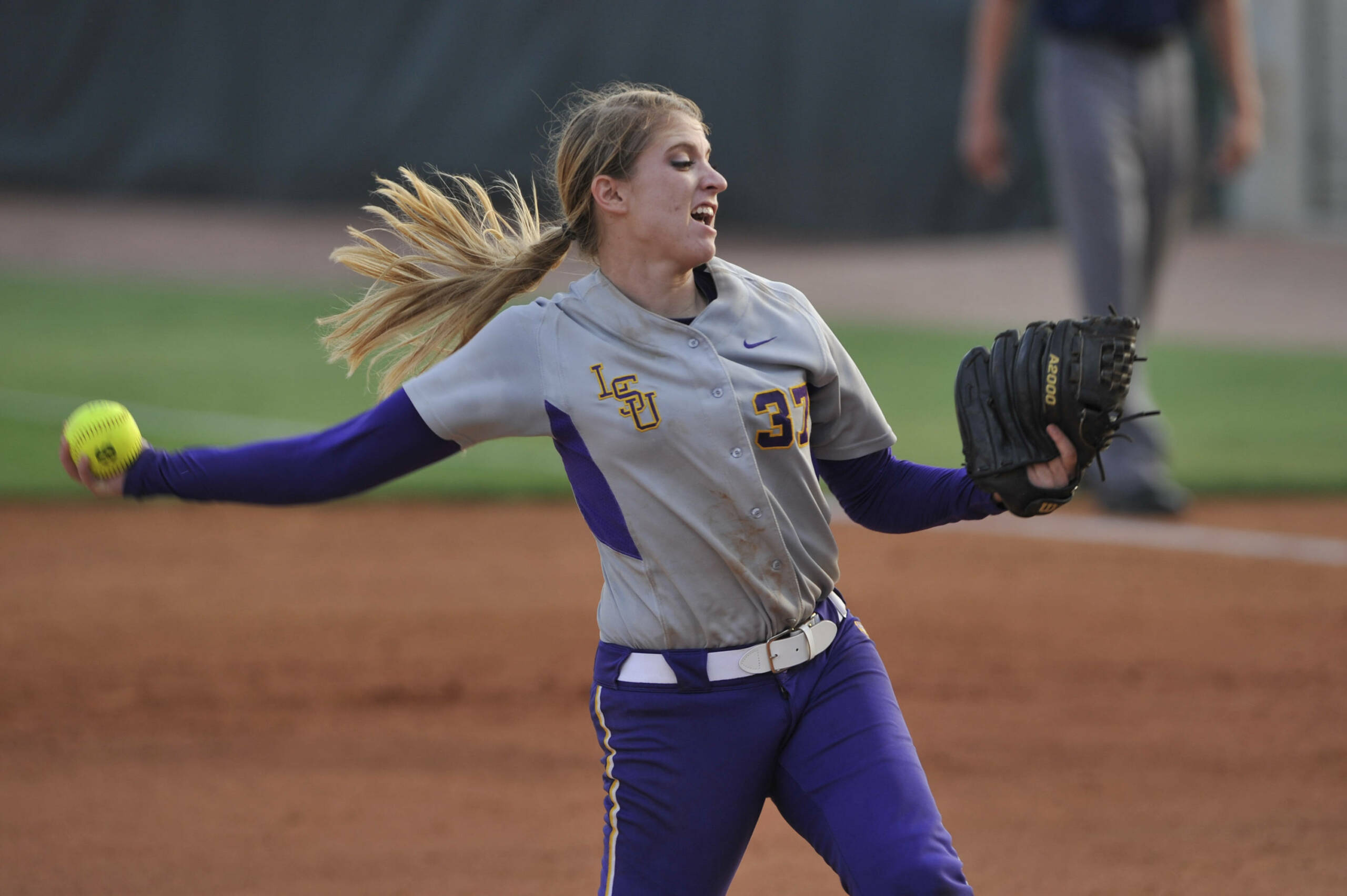 BATON ROUGE – Rachele Fico and Brittany Mack combined for a five-hit shutout as the No. 21 LSU softball team moved its winning streak to six games with a 2-0 victory over Southern Miss Wednesday in-front of 1,176 spectators at Tiger Park.

Dating back to March 19, LSU (32-15) has emerged with victories in 17 of its last 20 games and posted eight shutouts during the run.

Fico fired the first four innings and compiled five strikeouts against four walks to move to 13-9 on the season. She turned the ball over to Mack, the reigning SEC Pitcher of the Week, for the final three frames. Mack held Southern Miss (17-30) to a pair of hits sparked by a quartet of strikeouts en route to her first career save.

“Rachele started strong, but ran into trouble health wise,” head coach Yvette Girouard said. “I thought she went as far as she could. Mack came on and finished the job. We scratched the runs out like we do sometimes. We played good defense and held on.”

The Tigers struck for both their runs during the second inning. Morgan Russell opened the rally with a single to centerfield before pinch runner Alex Boulet stole second and third base. Two batters later, Tiffany Shaw knocked a single up-the-middle for her 10th RBI of the season.

Shaw moved into scoring position on a stolen base. On a 0-2 offering, Simone Heyward connected for an infield single. The ball scooted away from USM shortstop Chanell Thurman to allow Shaw to cross the plate for the 2-0 advantage.

“We’ve got speed. We just have to get that speed on so we can run and have fun,” Girouard said. “We did that tonight in one inning, and it paid off.”

Southern Miss put multiple runners on-base during the fourth and fifth innings. The Tigers escaped the jams with a foul out along with a tailor-made double play that ricocheted off Mack’s glove to Jacee Blades at second, who alertly stepped on the bag and fired over to Heidi Pizer at first base.

A Mackenzie Shaw leadoff double in the seventh inning allowed the Golden Eagles to send the tying run to the plate, but Mack slammed the door shut highlighted by two strikeouts to secure the 2-0 win.

LSU finishes the SEC road schedule with a weekend series at Mississippi State. Live audio and live stats for all three games of the series will be available in the Geaux Zone on LSUsports.net in addition to being carried live on ESPN 104.5 FM with Patrick Wright and Matt Dunaway calling the action.

On the game…
“I thought Brittany Mack was outstanding coming in (for Rachele Fico in relief). We scratched the runs out like we do sometimes. We played good defense and held on.”

On aggressive base running…
“We’ve got speed. We just have to get that speed on so we can run and have fun. We did that tonight in one inning, and it paid off.”

On pitchers…
“Rachele Fico started strong, but ran into trouble health wise. I thought she went as far as she could. Mack came on and finished the job.”

On next weekend…
“Mississippi State is a very worthy opponent. I watched them on TV (last weekend against Tennessee) and was very impressed with them. They are a much better team than last year. We will have to make some adjustments and have some better at bats.”