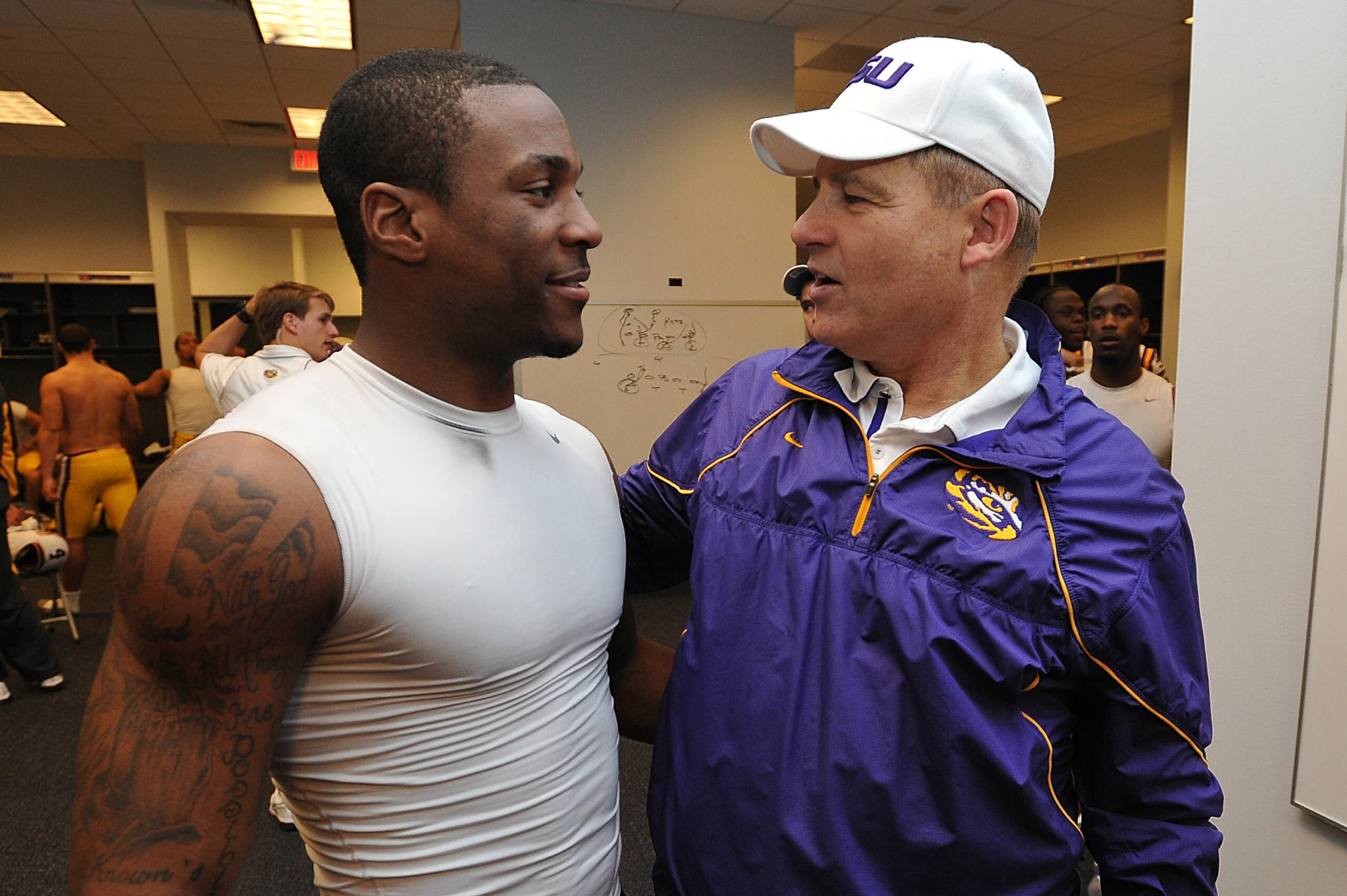 BATON ROUGE – LSU will send another group of players to the professional football ranks starting Thursday as the three-day NFL Draft will be held beginning at 7 p.m. from Radio City Music Hall in New York City.

All seven rounds of the draft will be televised on the ESPN family of Networks starting with the first round on ESPN on Thursday night. Rounds two and three will be held on Friday night followed by the final four rounds on Saturday.

LSU All-America cornerback Patrick Peterson has been invited to New York for the draft and will be on hand at Radio City Music Hall on Thursday night. Peterson, who has been called by some as the best all-around player in this year’s draft, is projected to go anywhere from No. 1 to No. 7 overall.

“I’m excited,” Peterson told LSUsports.net on Wednesday. “I’m ready for the wait to be over with. Tomorrow can’t get here fast enough.

“It’s been a great experience starting with the three years that I spent at LSU and all of the friendships and relationships that I built with coaches and teammates and all of the other people who have helped me along the way. I can’t thank LSU enough for helping me get to this position. I’ve dreamed about playing in the NFL for many years and tomorrow’s going to be a great day.”

Peterson, who arrived in New York on Monday, said he was hosting a dinner for New York-area LSU supporters and alumni on Wednesday night. Peterson also spent a portion of his day on Wednesday at a Nike event as well as taking part in the closing bell ceremony at the New York Stock Exchange.

“It’s been a great week,” Peterson said. “I’ve had a lot of fun being with some of the other players here in New York. I’m just trying to soak it all in.”

When Peterson’s name is called on Thursday night, he will become the 33rd first round NFL Draft pick in LSU history and the eighth for head coach Les Miles. LSU’s had at least one first round draft pick for six of the last seven years, including a school-record four first rounders in the 2007 draft.