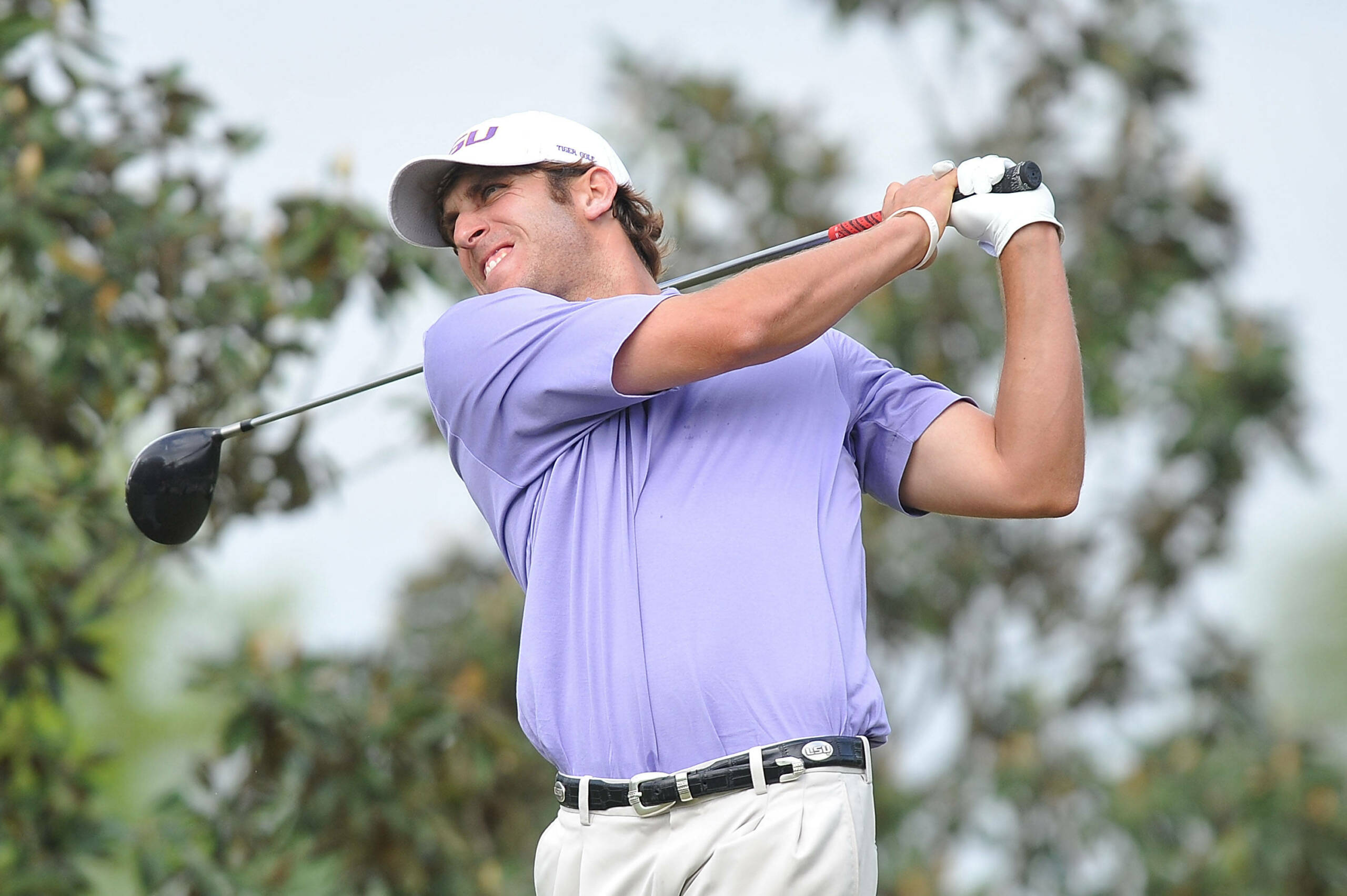 BATON ROUGE – This weekend’s Zurich Classic of New Orleans will certainly have an LSU flair after senior All-American and two-time First-Team All-SEC selection Andrew Loupe earned a spot in the field by shooting a 3-under par 69 in Monday’s open qualifier at LaTour Golf Club in Mathews, La.

On a Monday afternoon in which he was named a First-Team All-SEC selection for the second time in his collegiate career, Loupe fired a 3-under 69 at the Zurich Classic Open Qualifier to finish the round in a tie for third place overall in a field of 70 golfers looking to earn a spot in this weekend’s event.

In fact, Loupe birdied four of his last six holes for the round en route to a 3-under par 69 to force a playoff with senior teammate John Peterson and former PGA tour winner Jim Carter for two spots into the Zurich Classic. Loupe and Carter advanced with pars, while Peterson made bogey on the first playoff hole.

“I’m very excited to play,” said Loupe, a former Louisiana Amateur and Louisiana Junior champion. “It’s a great opportunity. LSU’s a pretty special place, and I think a good bit of people will support me.”

Peterson, who was also named a First-Team All-SEC performer by the league office on Monday, matched his teammate with a 3-under par 69 during the qualifying round before falling in the playoff. Peterson was recently the SEC Championships individual runner-up as he dropped a one-hole, sudden-death playoff for the title to Florida’s Andres Echavarria after firing a 1-under par 209 for 54 holes.

With their performance this season, Loupe is ranked No. 19 and Peterson is ranked No. 22 nationally with the Golfweek/Sagarin Performance Index that ranks the top players at the collegiate level.

Fellow Tiger senior Clayton Rotz also participated in Monday’s Zurich Classic Open Qualifier, where his 1-under par 71 in the qualifying round finished in a tie for eighth place overall.

Tee times for the Zurich Classic of New Orleans will be available Wednesday, as the players take part in a practice round at TPC Louisiana.

Jason Bohn won the 2010 Zurich Classic championship with an 18-under par 270 in 72 holes, finishing two shots clear of Jeff Overton.