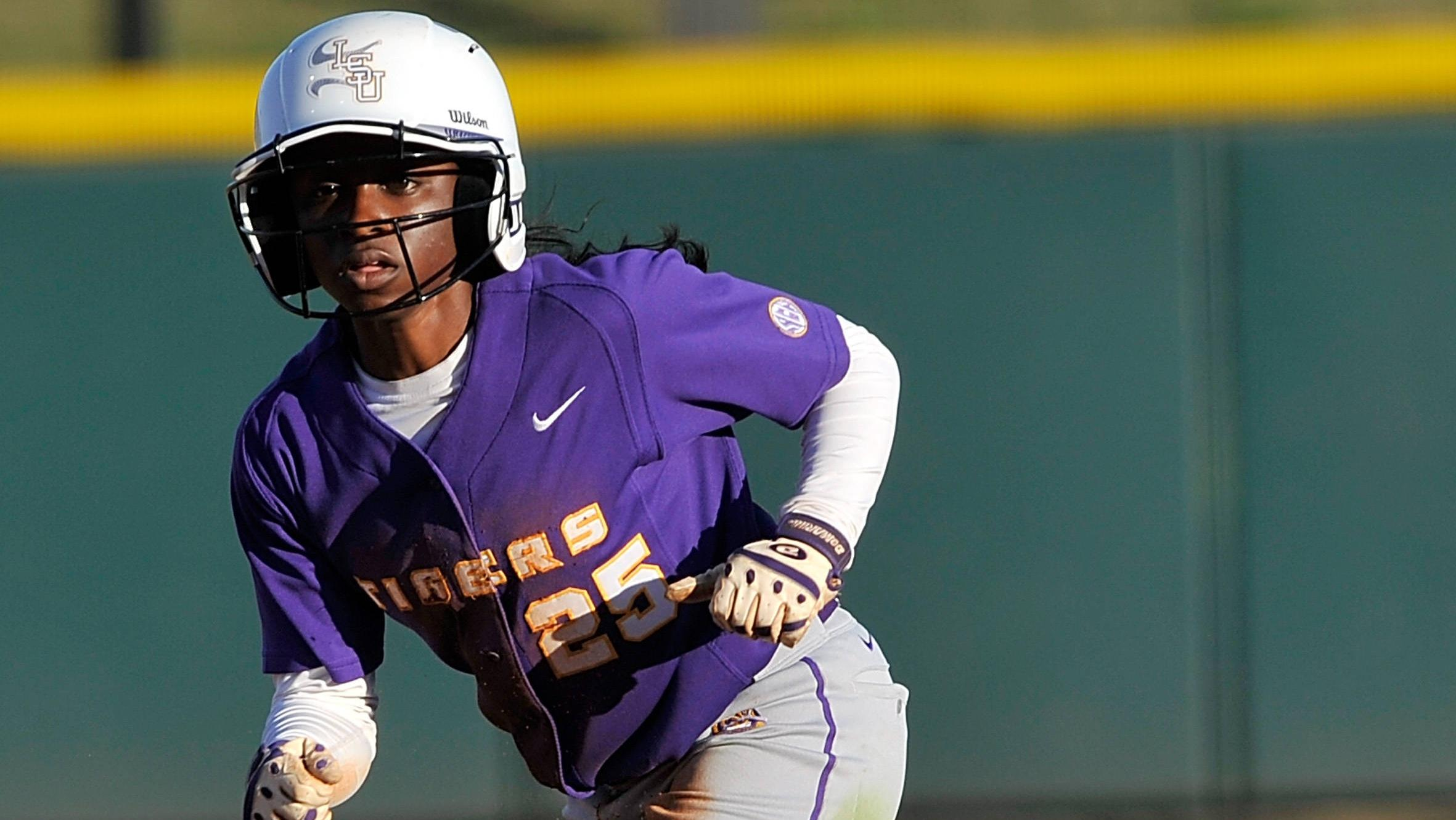 Ashley Langoni, LF, Jr., Pueblo, Colo.
Langoni put together a five-game hitting streak with a .467 batting average, a home run and seven RBIs as LSU struck for five road wins to move into sole possession of second place in the SEC Western Division standings. She opened the week with a bang, including a three-run homer which proved to be the game-winning hit, during a 7-3 triumph at No. 25 Auburn. In game two, Langoni’s RBI single with two outs during the first inning was the game’s only run to secure a sweep of Auburn. The Pueblo, Colo., native tacked on RBIs in games one and three of the Ole Miss series, including her first triple in two years and moved into a tie for the team lead with 31 RBIs for the season.

Brittany Mack, P, Jr., Round Rock, Texas
Mack reeled off three victories, two of them via the shutout, as LSU picked up five road wins. In addition to her 3-0 record, Mack garnered a 0.67 ERA, limited her opponents to a .155 batting average and doubled her shutout total for the season. She was dominant en route to a one-hitter sparked by eight strikeouts and retired 17 of the final 18 batters she faced during the Ole Miss series finale. In the process, Mack set a new career-best with 13 wins in a season.

Simone Heyward, CF, Sacramento, Calif.
Heyward got back on track by collecting hits in four of five games and claimed a .385 batting average for the week from the No. 9 spot in the lineup. She also scored three runs, drew three walks and added a pair of stolen bases. Her RBI opened the scoring during LSU’s 8-0 series opening win at Ole Miss.

Notes on the Tigers
LSU bounced back in a big way and posted five road wins to surge into second place in the SEC Western Division standings. The Tigers outscored their opponents by a 24-3 margin and have collected four consecutive shutouts en route to the SEC’s longest winning streak. Dating back to March 18, LSU has won 16 of its last 19 games. Offensively, Simone Heyward, Ashley Langoni and Juliana Santos provided a spark for the Tigers. Langoni turned in a 7-for-15 effort with a home run and seven RBIs. She also tacked on a double, a triple and tallied two outfield assists at critical times. Five of Santos’ six hits were doubles as the junior shortstop crossed the plate six times and garnered five RBIs. From the No. 9 hole in the lineup, Heyward notched five hits, scored three runs and added two stolen bases. Brittany Mack and Rachele Fico dominated in the circle for LSU. Mack secured three wins highlighted by a one-hit gem fueled by eight strikeouts in Sunday’s series finale at Ole Miss. Fico twirled consecutive three-hit efforts and garnered 11 Ks for the week. The duo has combined to pick up 25 of LSU’s 31 wins for the season.   LSU welcomes Southern Miss for a Wednesday tilt at 6 p.m. at Tiger Park before returning to the Magnolia State to face Mississippi State for a weekend series. Sunday’s game at 1:30 p.m. will be televised by FSN as part of the SEC package.