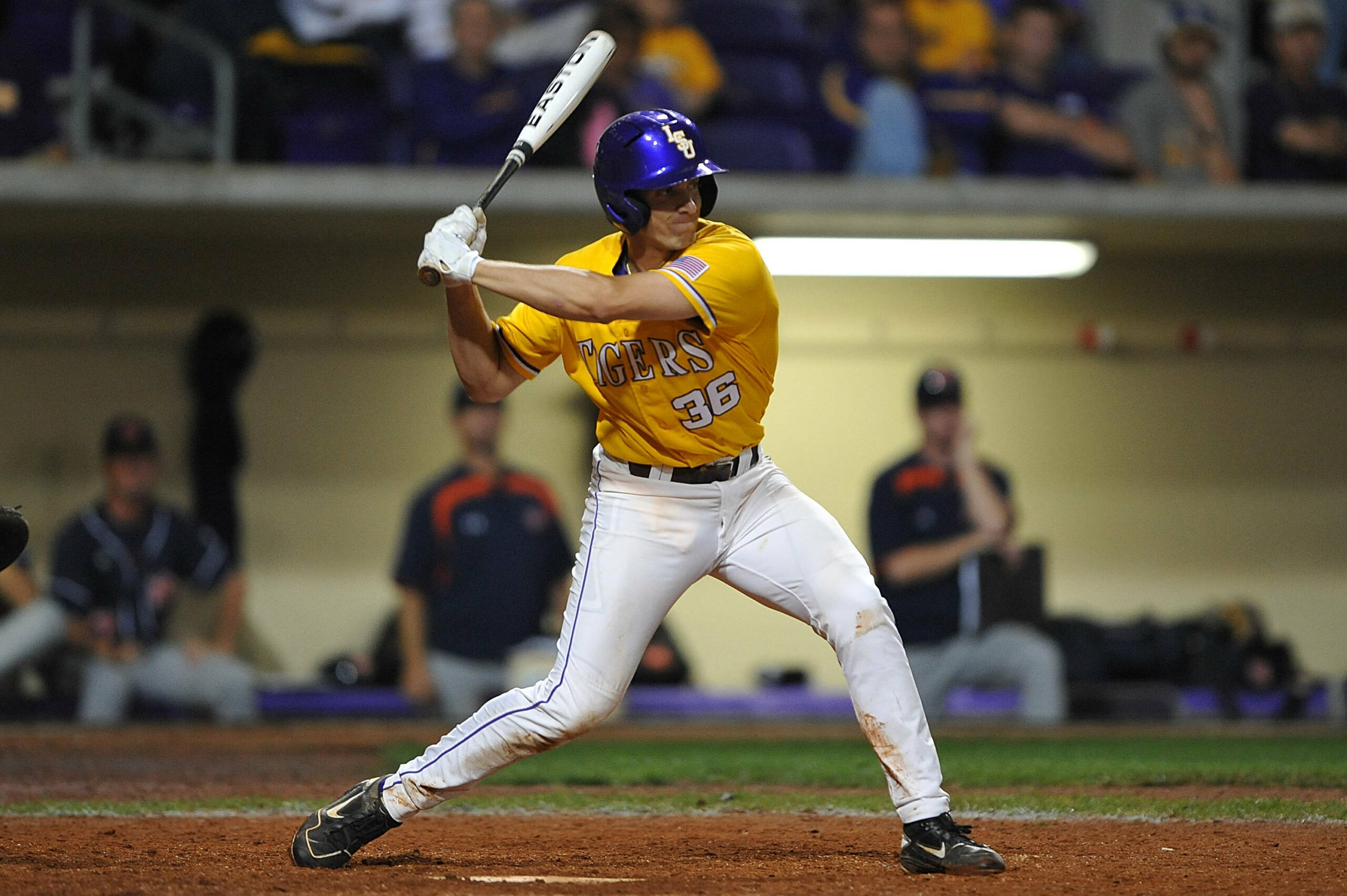 NASHVILLE, Tenn. – LSU fought back from a six-run deficit against third-ranked Vanderbilt Sunday, reducing the margin to two runs in the seventh inning before the Commodores hung on for a 10-7 victory at Hawkins Field.

LSU returns to action at 6:30 p.m. Tuesday when the Tigers play host to Nicholls State in Alex Box Stadium.

“A lot of teams might have given up after Vanderbilt took the big lead,” said LSU coach Paul Mainieri, “but our team kept fighting to the end. Their effort epitomized what I’ve said about this team throughout this season – they have kept a positive attitude no matter what the obstacle and they refuse to fold. I’m very proud of these players, and we’re going to keep working hard and make good things happen.”

Vanderbilt starter Taylor Hill (3-0) was credited with the win as he worked five innings and allowed three runs on six hits with four walks and two strikeouts.

LSU starter Ben Alsup (5-4) was charged with the loss as he surrendered six runs on nine hits in 2.2 innings with three walks and one strikeout.

The Tigers took a 1-0 lead in the first inning as designated hitter Trey Watkins doubled and scored on a single by centerfielder Mikie Mahtook.

Vanderbilt tied the game in the second when shortstop Anthony Gomez lined an RBI single.

Vanderbilt struck for six runs in the third, sending 12 batters to the plate. A two-run homer by designated Conrad Gregor gave the Commodores a 3-1 lead.

Second baseman Riley Reynolds followed the homer with a double, and he scored on a double by centerfielder Jack Lupo. Run-scoring singles by Gomez and by third baseman Jason Esposito increased the advantage to 6-1, and rightfielder Mike Yastrzemski completed the rally with a bases-loaded walk.

LSU narrowed the gap to 7-3 in the fifth when rightfielder Raph Rhymes delivered a bases-loaded single to score a pair of runs.

Vanderbilt responded with a run in the bottom of the fifth on a run-scoring single by catcher Curt Casali. Gomez added his third RBI of the game with a single in the sixth, giving the Commodores a 9-3 lead.

LSU erupted for four runs in the seventh to cut the deficit to 9-7. Shortstop Austin Nola ripped a two-run double and pinch hitter Alex Edward drilled a two-RBI single to highlight the inning.

The Commodores added  a run in the seventh when Edward misplayed leftfielder Tony Kemp’s ground ball at first base, allowing DH Conrad Gregor, who had singled to lead off the inning, to score.

Vanderbilt closer Navery Moore worked a scoreless ninth inning to pick up his ninth save of the season.