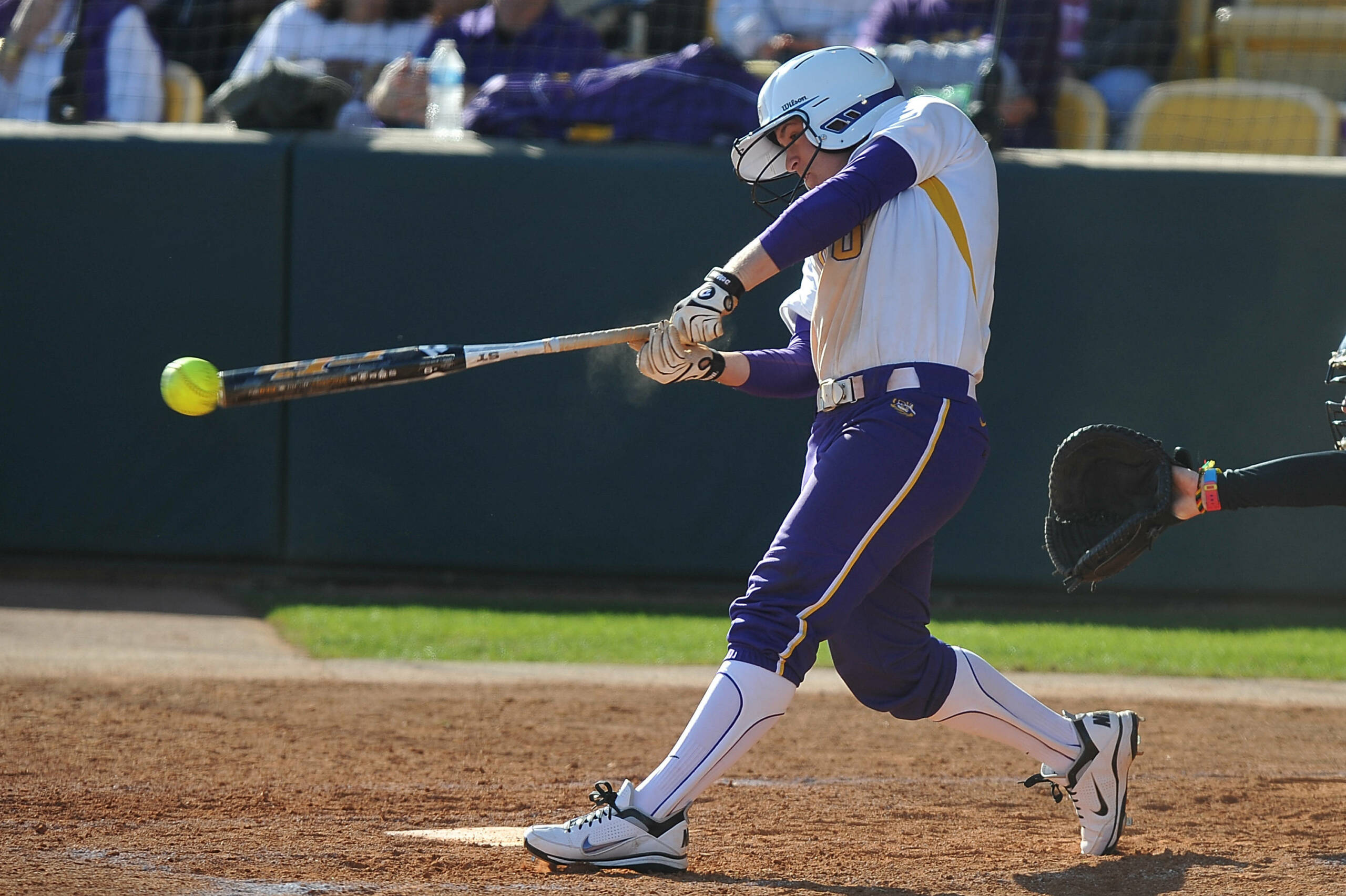 OXFORD, Miss. – Brittany Mack tossed a one-hit gem and racked up eight strikeouts as the No. 23 LSU softball team picked up a 4-0 victory over Ole Miss Sunday to complete a weekend sweep.

The Tigers (31-15, 13-9 SEC) won their fifth consecutive game and stretched their lead to two games over Auburn for second place in the SEC Western Division standings.

“Brittany was phenomenal in the circle,” head coach Yvette Girouard said. “Both her drop ball and her screw ball were working well today. I gave her a pitch count at the start of every inning and each time she was able to match it.”

After a leadoff walk in the second inning, Mack retired 17 of the last 18 batters she faced and allowed only one runner to reach scoring position. The lone blemish on Mack’s ledger was a one-out Brittany Barnhill single during the fifth inning. She improved to 13-5 with the victory.

“It was definitely good for us after what happened during the Tennessee series to come back and fight hard for these wins,” Mack said. “I noticed after Friday’s start that the harder stuff was more successful so that was my approach today. I give a lot of credit to my defense. They were there behind me and made every single play.”

LSU batted around the lineup in the fifth inning as Morgan Russell and Simone Heyward drew walks between a Jacee Blades bunt single to load the bases and ignite the frame. Two batters later, Juliana Santos knocked a hard sinking shot to right field that nicked off the glove of Ole Miss’ Amanda Hutcheson to score a pair of runs.

Young added a RBI on an Ole Miss fielding error by second baseman Natalie Nimmo, while Langoni smoked a RBI single through the left side the final margin of 4-0.

LSU returns home for a Wednesday tilt against Southern Miss. First pitch is slated for 6 p.m. with live audio and live stats available in the Geaux Zone on LSUsports.net. The contest also will be broadcasted live on ESPN 104.5 FM with Patrick Wright calling the action. CST will carry the game with Lyn Rollins and Garrett Walvoord serving as the announcing team.