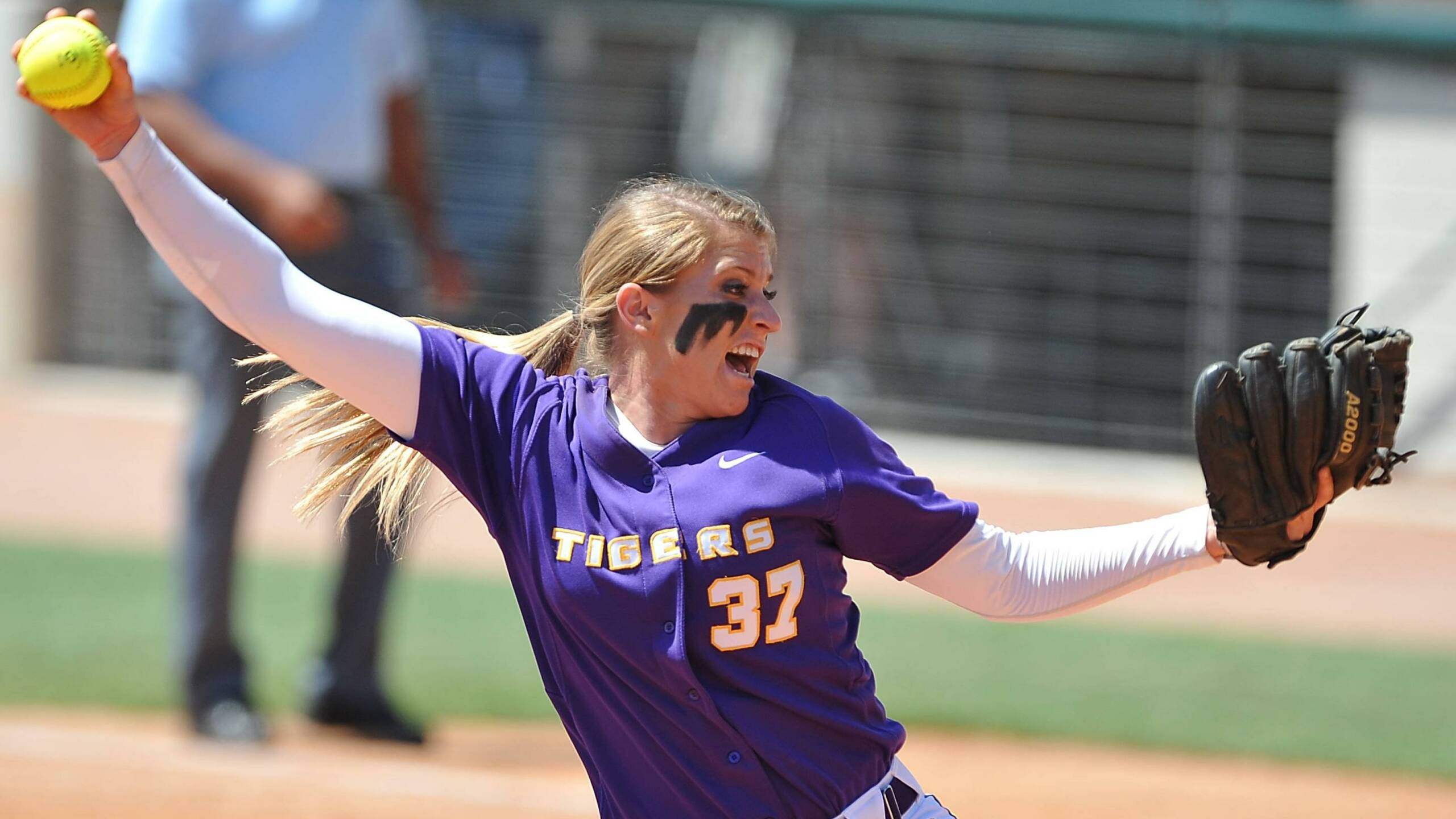 OXFORD, Miss. – Juliana Santos cranked a pair of RBI doubles to propel the No. 23 LSU softball team to a 4-0 victory and a second straight shutout of Ole Miss Saturday during the middle game of a SEC series.

The Tigers (30-15, 12-9 SEC) picked up their fourth straight victory and opened up a 1.5 game cushion over Auburn for second place in the SEC Western Division standings.

In the process, Santos extended her hitting streak to career-long six games and has posted a RBI in four of her last five outings.

“Juliana swung the bat extremely well and is having a wonderful road trip,” head coach Yvette Girouard said. “I also thought our defense was strong again, and we had two outfielders throw out runners.  I would have liked to score some more runs, but it was a good overall effort having the ball find the gaps.”

Jacee Blades notched an infield single to open the third inning and moved into scoring position on a Simone Heyward ground ball. Two batters later, Santos platted Blades on a RBI double into the left centerfield gap to give LSU a 1-0 edge.

The Tigers tacked on another run during the fourth inning sparked by an Ashley Langoni leadoff triple smoked down the right field line. After a Morgan Russell walk put runners on the corners, Blades legged out another infield single to push the advantage to 2-0.

Ole Miss looked to cut into the deficit in the home half of the frame. With runners on first and second, Londen Ladner connected for a single to left field, but Langoni tossed a perfect one-hopper to the plate for the second out of the inning. Then, catcher Morgan Russell fired a bullet to second base to get Ladner in a run down to end the frame and keep the score 2-0.

Alex Boulet ignited a two-run fifth inning with a one-out triple to right centerfield. She came around to score on Santos’ second RBI double. Following a pair of walks to load the bases, Tammy Wray scored Santos on a RBI groundout for the final margin of 4-0.

“Our game plan is to continue to swing at our pitches,” Santos said. “As the game went on, our at-bats got better and better. I think we’re doing a very good job of picking up our teammates. Whenever there are two outs, we have to be relaxed and confident at the plate. That’s been the key to our success during this road trip.”

Rachele Fico twirled a three-hitter and garnered four strikeouts to improve to 12-9 on the season. It was Fico’s second consecutive shutout. She was aided by Boulet throwing out an Ole Miss runner from right field trying to advance to third base in the fifth inning.

“We’re not going to let the players settle by just winning the series,” Girouard said. “Anything can happen in the SEC, we know they played Georgia a tough final game last weekend, and you can’t take anything for granted when you come to the ballpark.”

Sunday’s series finale is slated for 1 p.m. with live audio and live stats available in the Geaux Zone on LSUsports.net. The contest also will be carried live on ESPN 104.5 FM with Patrick Wright and Matt Dunaway calling the action.