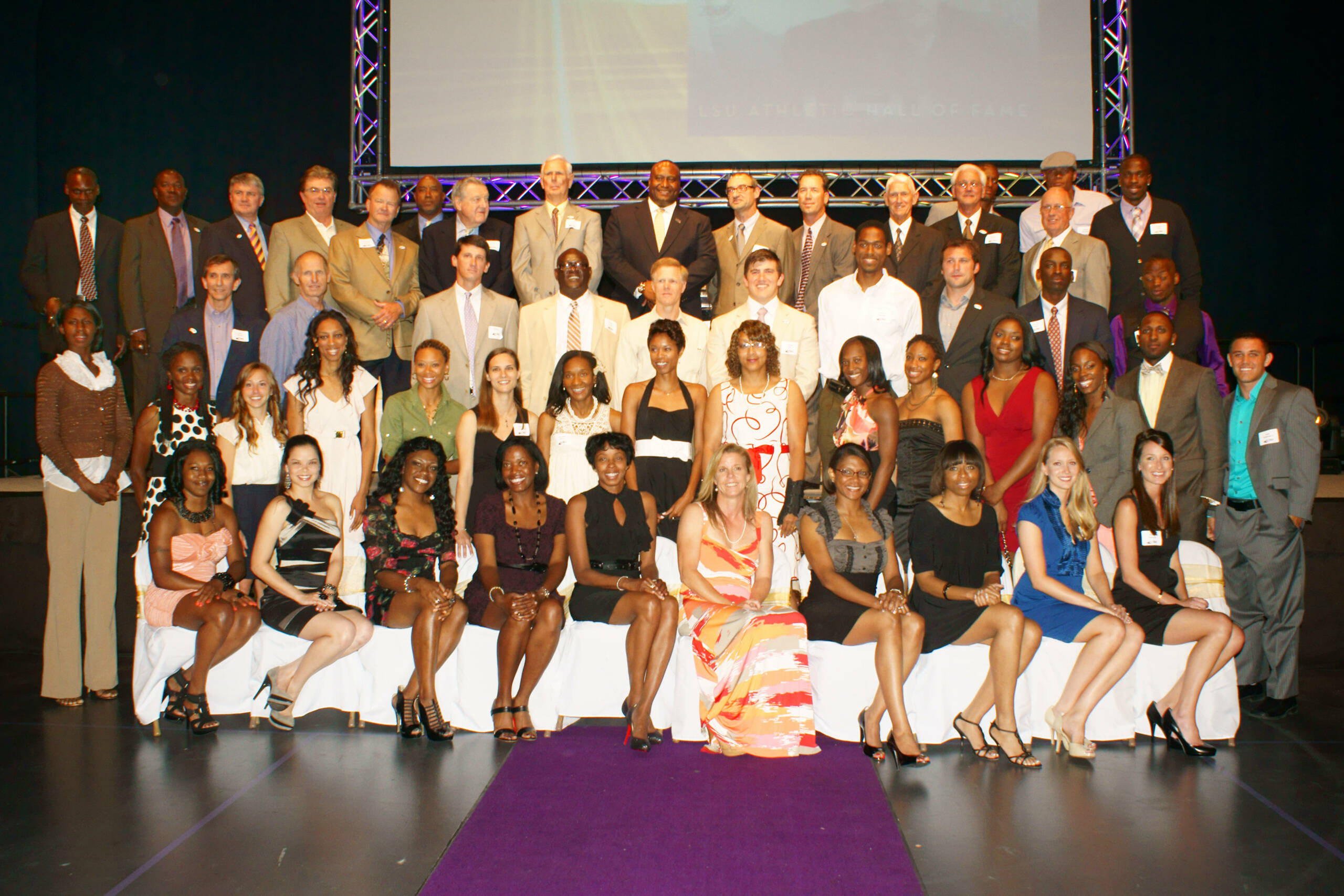 BATON ROUGE – The LSU track and field program held its second-annual Team Awards and Alumni Recognition Banquet on Friday night at the Pete Maravich Assembly Center, in which 14 student-athletes received awards for their performance in competition, in the classroom and in the community.

The LSU Track & Field Team Awards and Alumni Recognition Banquet has been established to, not only recognize the current members of the program for their performance in the past year, but also honor the alumni who have laid the foundation of success still enjoyed by the program today.

Approximately 450 athletes, coaches, administrators, family and alumni were in attendance in celebration of the history and tradition of the premier combined program in all of collegiate track and field.

Awards were presented to current members of the team for their outstanding performance during the 2010 outdoor, 2010 cross country and 2011 indoor seasons.

ESPN’s Emmy award winning track and field commentator Larry Rawson was on hand to serve as Master of Ceremonies of the event honoring a program that cemented its place as the most dominant at LSU with 31 NCAA championships and 48 SEC championships in its storied history.

“We are proud to continue this new tradition that we’ve started as a way to honor the many great men and women who have helped lead us to where we are today,” said LSU head coach Dennis Shaver. “When we see the history represented in the PMAC tonight, it makes it all worth it. It’s amazing to me when you see six decades of excellence represented here with us tonight.

“And there are a lot of people who have worked many hours behind-the-scenes to organize this event. It’s a great undertaking for us as a staff, and there are so many people we need to thank because we would not be able to enjoy an event like this without their support, really throughout the year.”

The awards portion of the program was highlighted by senior Walter Henning receiving the Glenn “Slats” Hardin Award for the second year in a row, honoring the Most Outstanding Male Performer of the Year.

After winning a silver medal in the 400-meter hurdles at the 1932 Olympic Games in Los Angeles, Calif., Hardin won the gold at the infamous 1936 Olympic Games in Berlin, Germany. He remains the only LSU track and field athlete to win an Olympic gold medal in an individual event.

Henning is a deserving recipient of the Glenn “Slats” Hardin Award again this season after capturing two NCAA championships and two SEC championships over the past year.

Sophomore Kimberlyn Duncan won the award as the Most Outstanding Female Performer of the Year, as she has emerged as one of the nation’s more dominant sprinters during her young career at LSU.

After winning her first career All-America honor as the second leg on LSU’s 4×100-meter relay team that finished as the NCAA runner-up during her freshman season in 2010, Duncan took her performance to another level during the 2011 indoor season in which she swept SEC Indoor and NCAA Indoor titles with the 200-meter dash. She became LSU’s first NCAA Indoor 200-meter champion since Muna Lee won her back-to-back indoor national championships in 2002 and 2003.

The third-annual LSU Track & Field Team Awards and Alumni Recognition Banquet will be held Friday, April 20, of next year before the team plays host to the 2012 LSU Alumni Gold meet the following day.