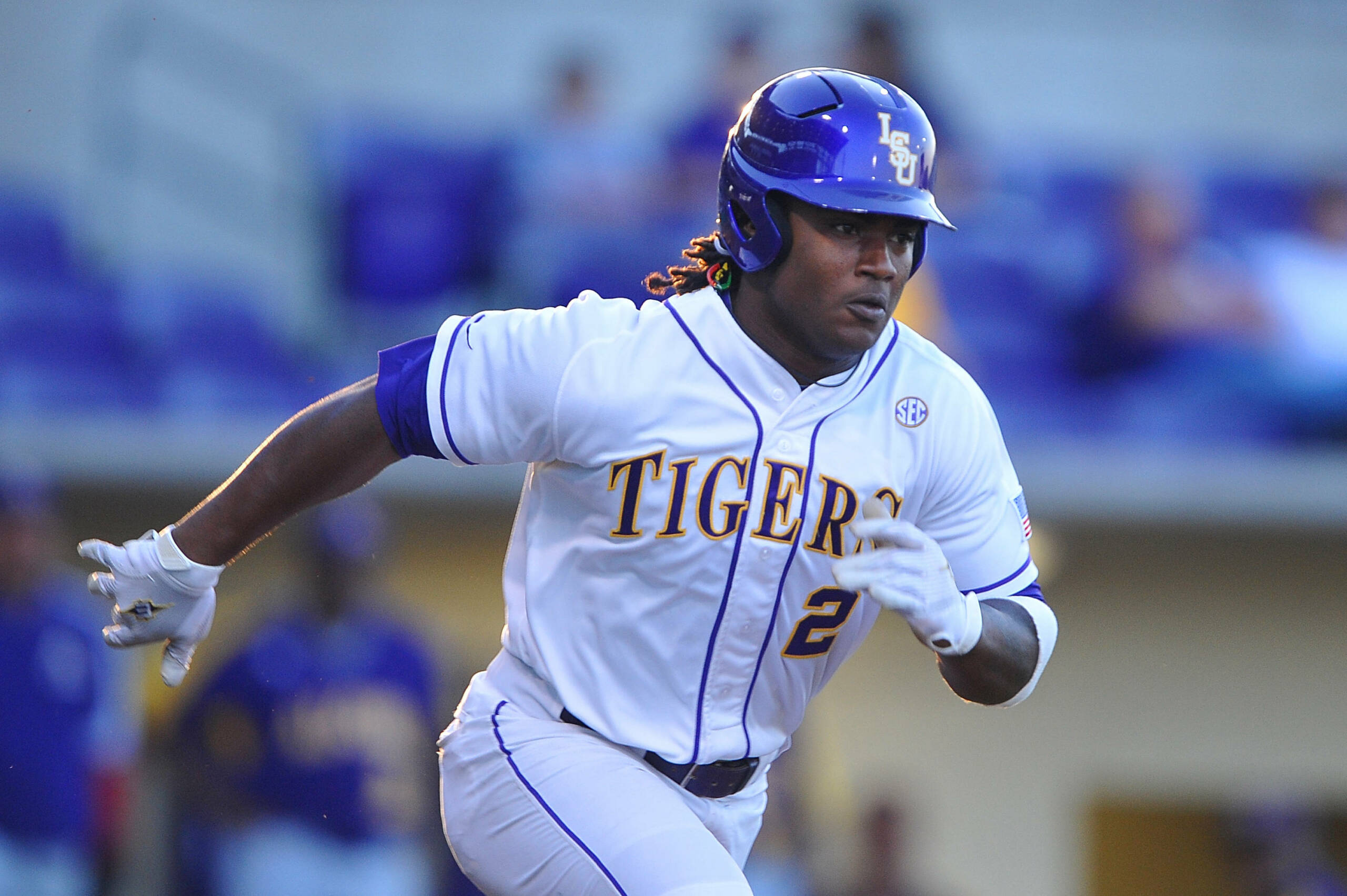 The series resumes at 2:30 p.m. CT Saturday in a game that will be televised by SportSouth and can be seen in Louisiana on Fox Sports Houston. The game may also be viewed live at www.espn3.com, though blackouts may apply in certain areas.

Saturday’s game may be heard on the affiliates of the LSU Sports Radio Network, and live stats and audio are available at www.LSUsports.net.

Gray (8-2) allowed three runs on five hits in seven innings with four walks and seven strikeouts to earn the win.

LSU starter Kurt McCune (5-3) was charged with the loss as he surrendered eight runs on eight hits in 3.2 innings with three walks and no strikeouts.

“Sonny Gray is one of the top pitchers in the country, and he demonstrated that tonight,” said LSU coach Paul Mainieri. “He’s a legitimate first-round draft choice, and he’s a great competitor. We still have a lot of baseball to play this weekend, so our guys are going to move forward and look ahead to tomorrow. I thought we battled hard tonight, but Gray was very tough on our hitters.”

LSU took a 1-0 lead in the top of the first against Gray as rightfielder Raph Rhymes lifted a sacrifice fly to score third baseman Tyler Hanover.

However, Vanderbilt responded by sending 11 men to the plate in the bottom of the first as the Commodores scored five runs on five hits against McCune. Consecutive RBI singles by Yastrzemski, Casali, designated hitter Conrad Gregor and second baseman Riley Reynolds highlighted the uprising.

The Commodores extended the lead to 8-1 with three runs in the fourth. Yastrzemski delivered a two-run double to chase McCune and Casali added his second RBI single of the game.

LSU leftfielder Spencer Ware lined a two-run single off of Gray in the sixth to narrow the gap to 8-3.

Vanderbilt added a run in the sixth and plated two in the seventh on a two-run triple by Esposito.