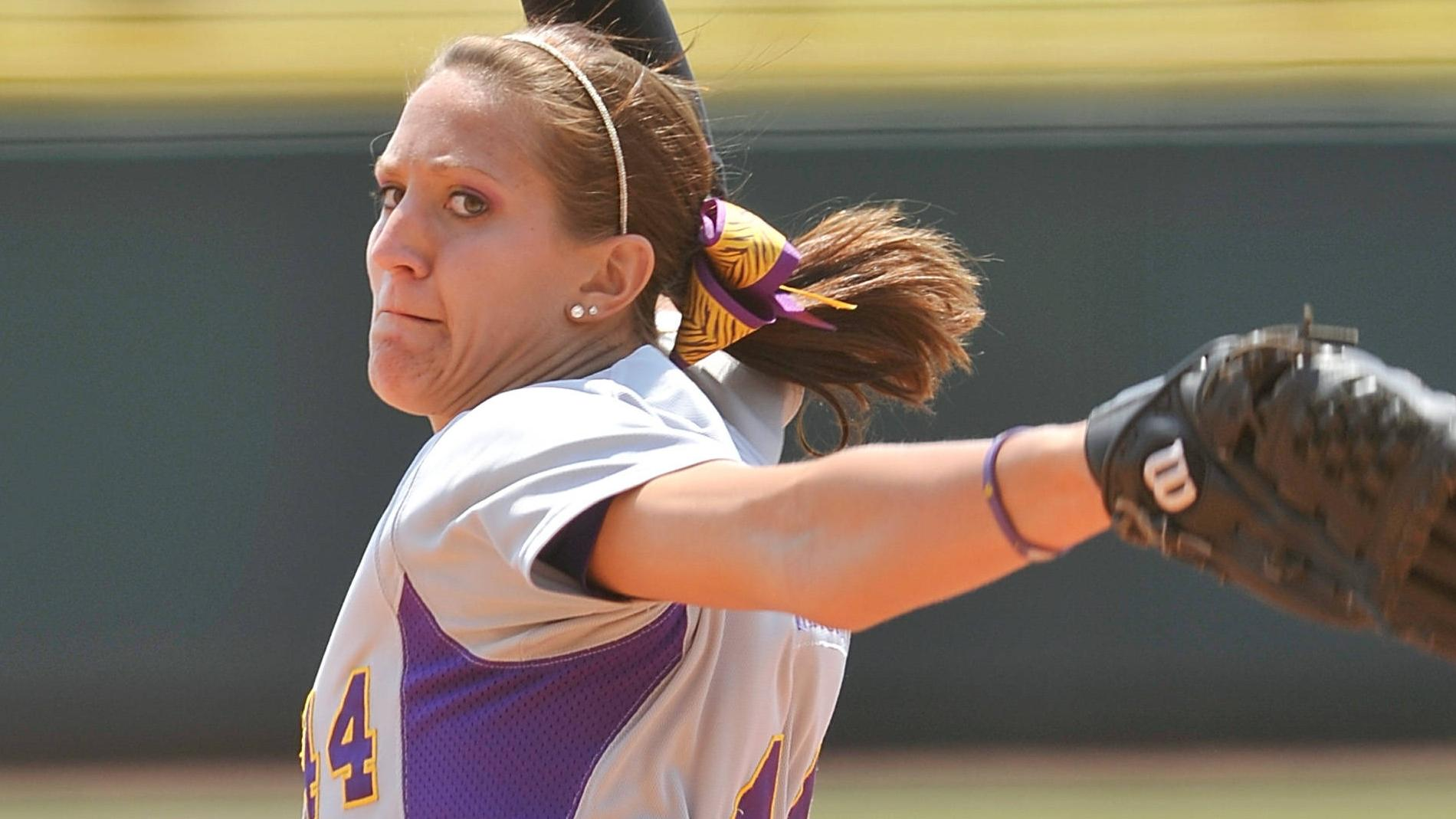 OXFORD, Miss. – Brittany Mack retired the final 11 batters she faced to claim a four-hit shutout as the No. 23 LSU softball team blanked Ole Miss 8-0 Friday to open a SEC series.

Mack was extremely effective and garnered five strikeouts to go along with 15 ground ball outs. Her ERA dropped under two as the junior right-hander improved to 12-5 on the season.

“It was a very workmanlike effort for our team,” head coach Yvette Girouard said. “Our speed game created a lot of havoc out there tonight. We were good at manufacturing runs, and I’m glad to see production out of different spots in the lineup. Our game plan worked to perfection on the bases.”

LSU opened the scoring with a run during the second inning. With two outs and the bases loaded, Simone Heyward was hit-by-a-pitch. The Tigers set the table as Tammy Wray reached on an error, Lauren Houston knocked a single to centerfield and Morgan Russell drew a walk.

The Tigers added a pair of runs in the third inning. Anissa Young and Ashley Langoni ripped consecutive RBI singles to push the advantage the 3-0.

Ole Miss (14-34, 3-18 SEC) loaded the bases on a trio of singles with one out during the fourth inning. Mack regrouped to get around the trouble and induced back-to-back ground balls, the first resulting in a force play at the plate, to keep the score at 3-0.

“My focus was to throw more of the harder stuff and use the off speed only when I really needed it,” Mack said. “There was a few times where we pulled together after we realized we weren’t playing our best. We knew we need to finish strong, and I felt like we did that.”

“The defense behind Mack was outstanding,” Girouard said. “I thought Mack did a good job of controlling their hitters. She settled down and really went to work after getting out of that jam.”

LSU broke the game open in the fifth inning with a quartet of runs highlighted by two double steals of home plate. Simone Heyward also scored by using alert base running on an Ole Miss fielding error, while Juliana Santos belted a RBI single to make it 7-0.

The Tigers tacked on the finishing touches as Tiffany Shaw was plunked by a pitch with the bases juiced for the final margin of 8-0.

Game two of the series is on-tap for Saturday at 1 p.m. with live audio and live stats available in the Geaux Zone on LSUsports.net. The contest also will be carried live on ESPN 104.5 FM with Patrick Wright and Matt Dunaway calling the action.